The Wise Cato’s Moral teaching, in his Latin, transcribed into Czech metre by J.A. Comenius

This is a Czech verse adaptation of a collection of Latin moralist couplets from Late Antiquity. These moral maxims were favourite reading material for schools in the Middle Ages, down to Comenius’ time, and were translated into Czech three times. The author was held to be either the otherwise unknown Dionysius Cato, or the Roman statesman Marcus Porcius Cato the Censor (Cato the Elder). The distinguished Humanist Josef Scaliger brought Cato’s hexametric couplets successfully into Greek, and they were also translated into the vulgate.

This was the stimulus for Comenius to make the collection accessible in the Czech language for scholastic purposes, in a better rendition. Originally the distiches were divided into four chapters with no internal correlation. Comenius arranged them from a more businesslike perspective into the following five chapters:

1. How Man should behave towards God.

2. How he should behave towards himself.

3. How he should behave towards those close to him.

4. How he should behave towards domestics.

5. What he should do given his own mortality and that of all men.

The first Amsterdam edition of 1662 has not survived, but the poet V. J. Rosa had it to hand and held it in such esteem that he published it, expanded by his own quantitative verse, in 1670. There was also an interest in Cato in Slovakia; D. Krman the Younger made a copy, and P. Doležal published him in his Grammar in 1746. 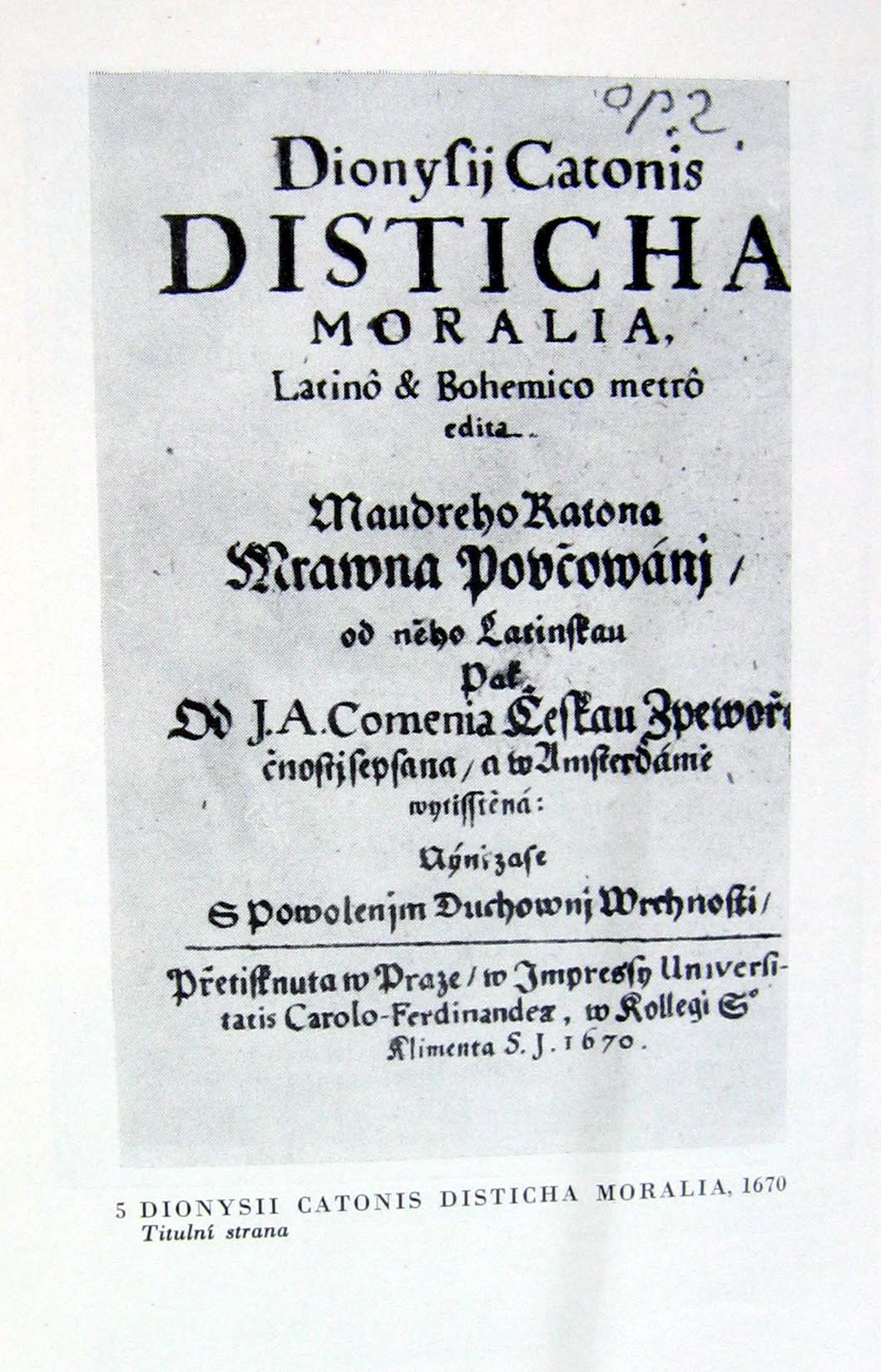