The Way of the Light followed and appropriate for following, that is, a Rational discourse, which might finally and happily diffuse into the minds of all people and nations the intellectual light of the Spirit, Wisdom, before the twilight of the world. A book written in England twenty-six years ago, now in print for the first time and sent back to England

This is a pansophist and reformative work on the task of pansophy (universal wisdom) and the need for its use in the improvement of humanity.

When public unrest meant that Comenius could not linger in England waiting to even begin work upon a volume for the regeneration of Christianity and human society in general with his English friends and prominent politicians and clergymen, in the winter of 1641 – 1642 he wrote this book, in which he set down his pansophic proposals. Here he fills out with further details the programme of pansophy outlined earlier, again in England, in his Brief Outline (the Consultationis delineatio). He consider how improving force of pansophy could and should be used to remedy the moral wretchedness of the world and for its recovery.

The term ‘light’ had already been given an important place in Comenius’ Physics (the Physica). Together with matter and the spirit, it forms the trinity of material substance. While it had previously been an active pole of the world, light is here presented as passive, dark matter in motion, but it appears in its full importance for human spiritual life for the first time in the Way of Light. The light is in unceasing conflict with dark, good against evil, albeit that darkness and evil are not a principle, as an absolutely perfect God could not create such an imperfection. Only light (goodness) is a principle, positive and active. Darkness (evil) is merely an insufficiency of light (goodness), which has no essential power of its own. The conflict of light (good) and darkness (evil) is nothing more than the maintenance, concentration and dissemination of the light (goodness).

The world is the school of God’s wisdom neglected through human guilt. In accordance with his mystic tendencies, Comenius seeks a medicament for this; he finds it before the end of the world in the light of wisdom and education, in the pan-remedial strength of pansophy, which should enlighten all mankind. He recommends four media for the attainment of this goal: 1: common books understandable to all; 2: common schools accessible to all; 3: a universal congregation of scholars; 4: a universal language. The universal congregation is understood as a unified organisation for scientific work around the world. It would be some kind of central academy, the Congregation of Light, which would ensure the reformation of education and the improvement of human society. To this end, it would employ all earlier discoveries, such as ocean navigation and book printing. With true pansophy a new Golden Age could be attained on Earth, with the affiliation of all nations and eternal peace. The thoughts contained in the Way of Life were expressed more broadly by Comenius, and with greater emphasis and strength, in his General Consultation (the Consultatio). 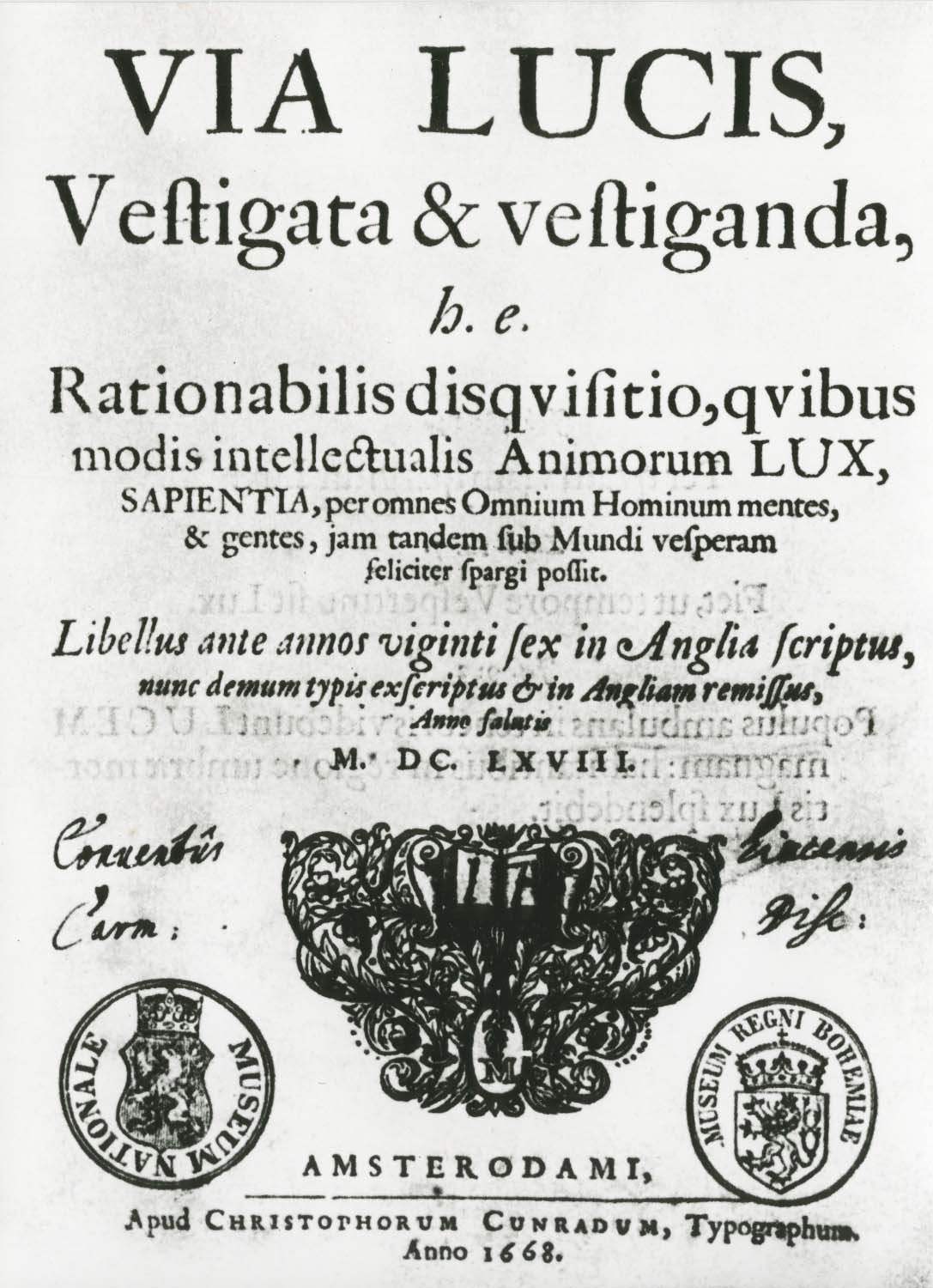