The Vestibule of the Latin language, offering the cardinal points of the matter and          language (pattered after the rules of the Newest Method of Languages)

A textbook of the Latin language for beginners, with parallel German text. It was meant to prepare students for the textbook the Janua linguarum reserata (The Gate of Tongues Unlocked; see the entry for the Janua linguarum), which represented the next level of Latin teaching. It was intended for Sweden, within the planned reforms of the education in that country.

This is a Latin/German treatment and arrangement of the original Vestibule, which had been published in 1632 (see the entry for the Vestibulum). The amendments were made by Comenius in line with the fundamentals of another work which he was preparing at the same time, the Methodus linguarum novissima (Newest Method of Languages; see the entry for the Methodus). Here the material is reduced from the 427 sentences of the original 1632 Vestibule to just 300. Auxiliary books were incorporated, specifically a Latin/German dictionary, a grammar, a dictionary of basic German words (Stammwörter) and an informatorium (handbook) for teachers detailing how the textbook should properly be used. The extract included in the Amsterdam Opera didactica omnia, vol. II, 293-298, contains only the Latin foreword and the parallel Latin and German introduction.

In addition to the Vestibule, Comenius worked up the Latinae linguae janua reserata (Gates of the Latin Language Unlocked, the Janua-Tür) for Sweden, to serve as a second level textbook for Latin teaching, but the Atrium, the third level, was not completed. 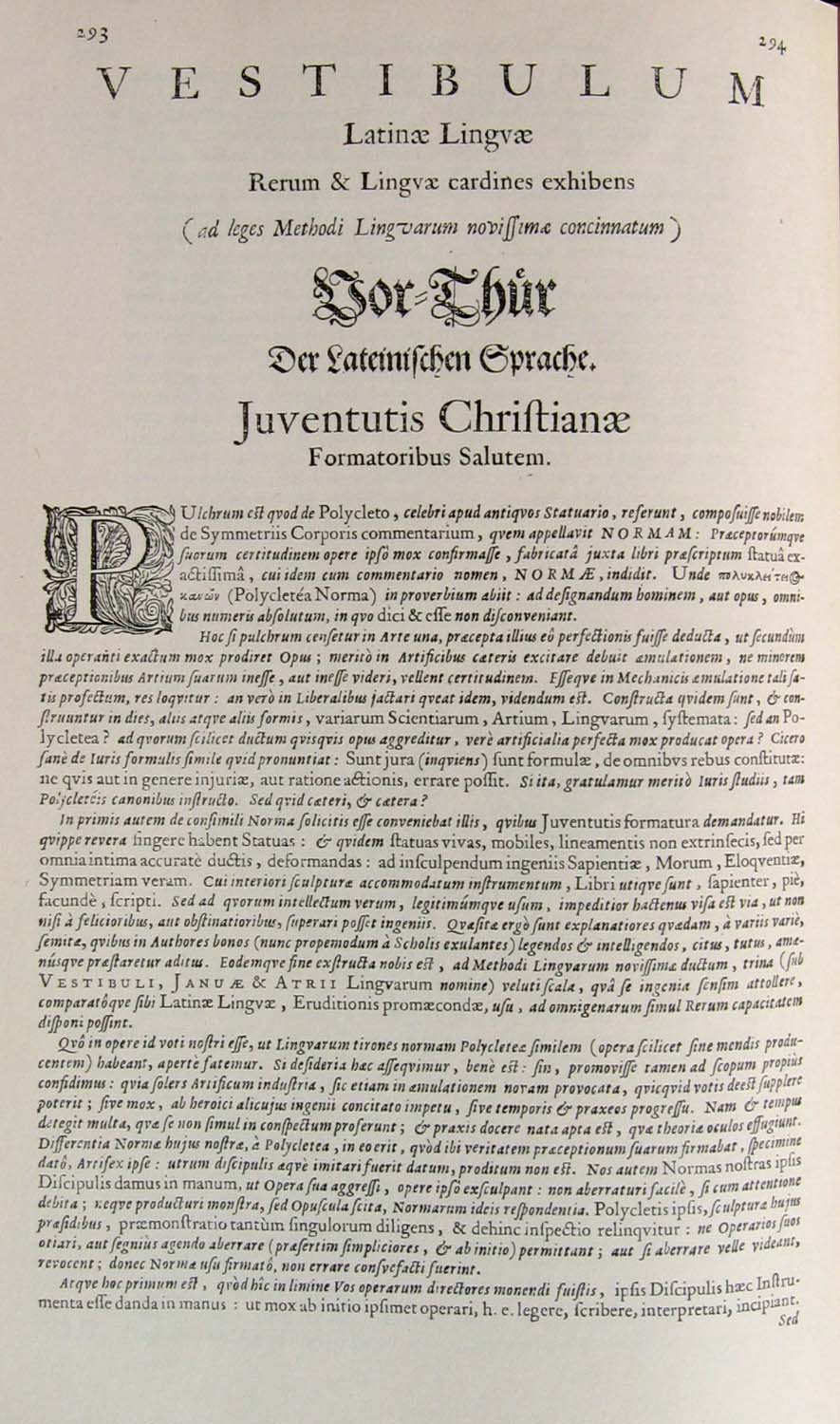