The original settlement on the banks of the Olšava is known from 1131. Its advantageous geographic location at the intersection of north-south and east-west trade and military routes brought the town both benefits (as a garrison town on the marches with Hungary it attracted the attention of the Bohemian monarchs, and being at a crossroads of trade routes it enjoyed a lively trade in goods and craft products, as well as gaining cultural information) and disadvantages (it was tested by the first wave of military assaults against the Czech Lands from the east). In 1272 it obtained the rights of Hllubčice as a town, which increased its economic and political importance. It was damaged during the Hussite Wars, and flourished again in the 16th century as the property of the Kunovice family (after 1506 Uherský Brod ceased to be a royal borough and became a tributary town), passing in 1611 to the Kounicz family. At the beginning of the 17th century trade, the crafts and culture developed strongly: there were several schools in the town, and the names of several teachers and students became part of Czech cultural history (e.g. the theologian Pavel Přáza-Pressius, co-author of the Czech Confession, the dramatist Pavel Kyrmezer - also known for his disputes with the Unitas Fratrum, Václav Mitmánek, Jiří Izrael, Comenius, Vavřinec Benedikt Nudožerský).

During the Thirty Years’ War period the town was almost completely destroyed, both by military force and the associated fires, and by the epidemics that followed. From the chronicled of Václav Letocha it is known, for example, that the Swedes took thirty wagonloads of loot from Uherský Brod, while 158 of the 333 townhouses remained empty. At the end of the 17th century there were several more serious fires (1667, 1669). A gradual change for the better occurred after 1686, when the town council agreed a balance of property and debts with Dominik Ondřej of Kounic.

The organisation of the economic affairs of the town is linked to the name and work of the Lord Mayor Pavel Hájek and the syndic and chronicler Václav Letocha. The town was supported in particular by grain and cattle markets, craftsmanship and trade, in which the members of the Jewish community, previously assigned to a suburb. The town never, however, regained its earlier political or administrative importance. From 1850 to 1960 Uherský Brod was a district centre, and industrial production developed in particular.

Uherský Brod is one of Comenius’ several possible birthplaces (along with Nivnice and Komňa).

Awareness of Comenius’ name was stimulated by the celebrations of the 300th anniversary of his birth in 1892, as it was in many other parts of the Czech Lands, these taking place mainly on the initiative of teachers` groups. In Uherský Brod a Comenius monument was unveiled (by Jan Beck, in front of what is now the First Elementary School, and now in Nivnice). When the Regional Museum and Museum Society were created in 1898, the person and works of Comenius were among the many interests of the local patriots and intellectuals associated with both. Their acquisitions and cultural work eased the way for the foundation of a professional museum after the Second World War. 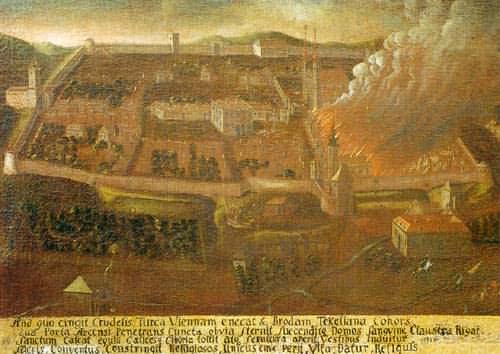 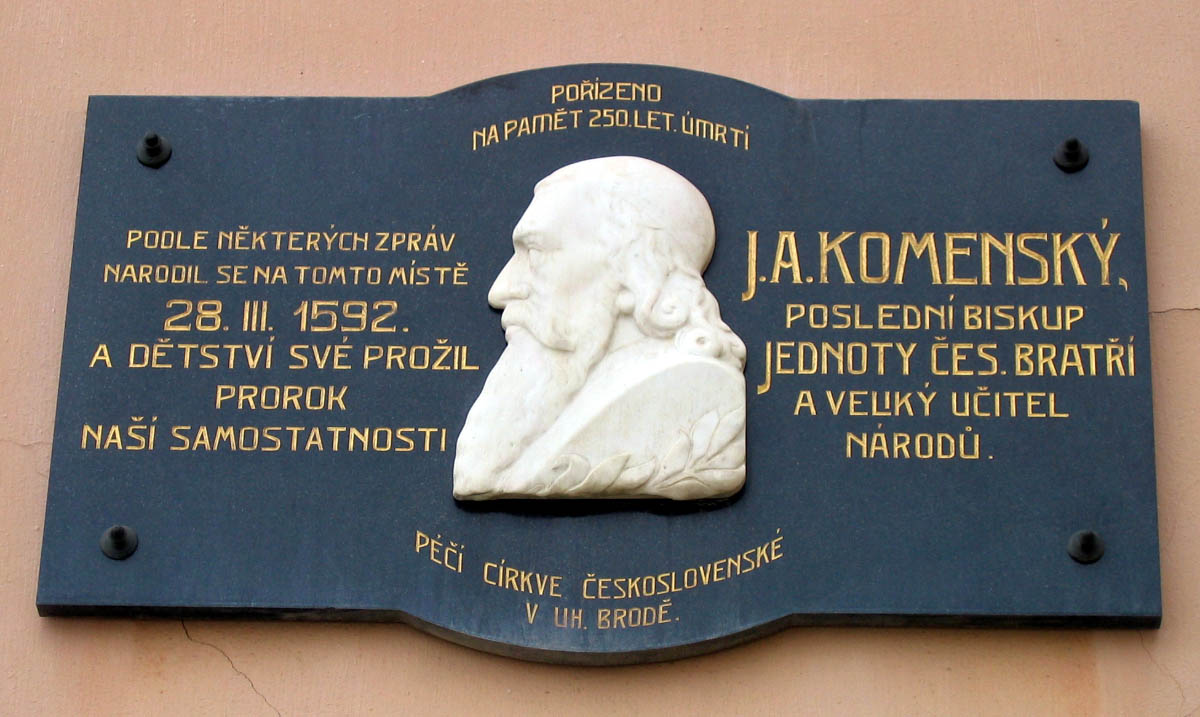 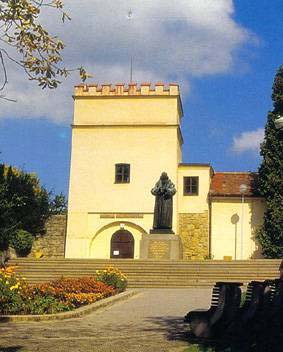