The use of the first wisdom, which might be termed the Universal Triad, that is, the triune key opening knowledge, the art and use of human thought, utterance and deed, or, the Loving kiss of logic, grammar and pragmatics with metaphysics

A parallel handbook to logic, grammar and pragmatics (the teaching of behaviour), this was Comenius’ last completed work, published after his death thanks to Kristián Vladislav Nigrin.

In this treatise, Comenius explains his thoughts on universal concord, and how he would wish to make real the categories presented in the Gate of Things (the Janua rerum 1681). His universal wisdom (pansophy) not only provides simple knowledge, but also seeks to have Man join innate rules, instincts and abilities into a conscious art of improving the world, that is, to awaken and reform it. In this sense, the Universal Triad, published from his effects, links universal wisdom to the practical use of the theory of the tripartite nature of Man, the thinking, speaking and real creature, represented by logic, grammar and pragmatics. In the text the process of correct thinking is described in parallel, printed columns, and is tempered by this “tripartite key of wisdom” on the basis of the simple principle of being; the word has the role of regulator and mediator. Comenius attempts to put the endlessly differentiated reality that reflects the three areas within Man into a common order, by which he adjudges that he has discovered the requisites and processes for the attainment of complete harmony. He attempts to depict the mutual interrelationship between the three spheres given in several forms, including geometrically. The concord of the senses, of which twelve are recognised, are divided according to their outer, inner and innermost natures into a Pythagorean triangle, such that on the hypotenuse are the five outer senses (sight, hearing, taste, touch and smell), on the longer cathetus are the four inner senses (attention, imagination, judgement and memory), and on the shorter cathetus are the three innermost senses - the light of thought (correct understanding), the mobility of the free will (healthy instinct) and strength of ability (knowledge). The work betrays Comenius’ preference for triads (triunes).

This treatise originated over many years, and was originally meant to form part of the General Consultation (the Consultatio). 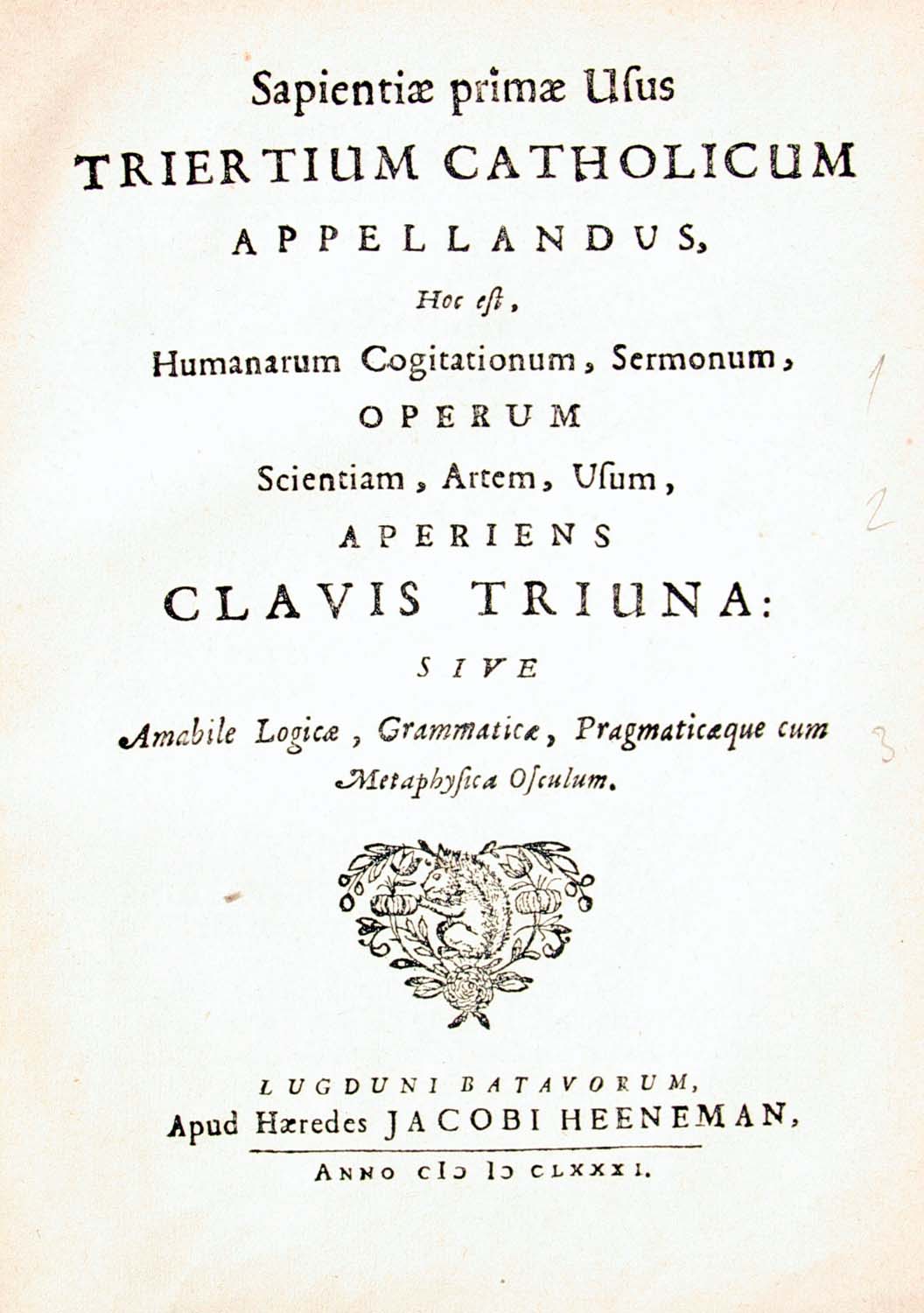