The Passing of the Torch, that is, The study of wisdom, commended with devotion to Christian youth and the schools of God and men; and thereby crowning didactic efforts

This is a kind of will, in which Comenius picks the successors to his pedagogical and didactic efforts, and a call to them not to cease in such works and in marking out such tasks. Regarding himself, Comenius writes that in discovering a new route to mastering wisdom he has done much, but not all. He is convinced that much remains to be expanded upon and amended. Now he is looking into his grave, and leaves care of the study of wisdom, youth and schools to his successors. These latter are David Vechner, Jan Rave, Petr Colbovius, Jan Tolnai, Jan Jindřich Ursinus, Magnus Hesenthaler, Adam Weinheimer, Štěpán Spleiss, Justus Docemius and other scholars, whom he appoints to replace him where he was lacking, and to correct him where he erred. He asks that they make haste, and not be as hesitating as he has been; that they are watchful, so that the youth, the churches and the nations act in lawless fashion, so that young people will be not driven from the most viable path of wisdom; that those in authority aid in these efforts, as Count Rafael Leszczyński, Louis de Geer and Prince Sigismund Rákóczi did. It is to be wished, that there were more such people. 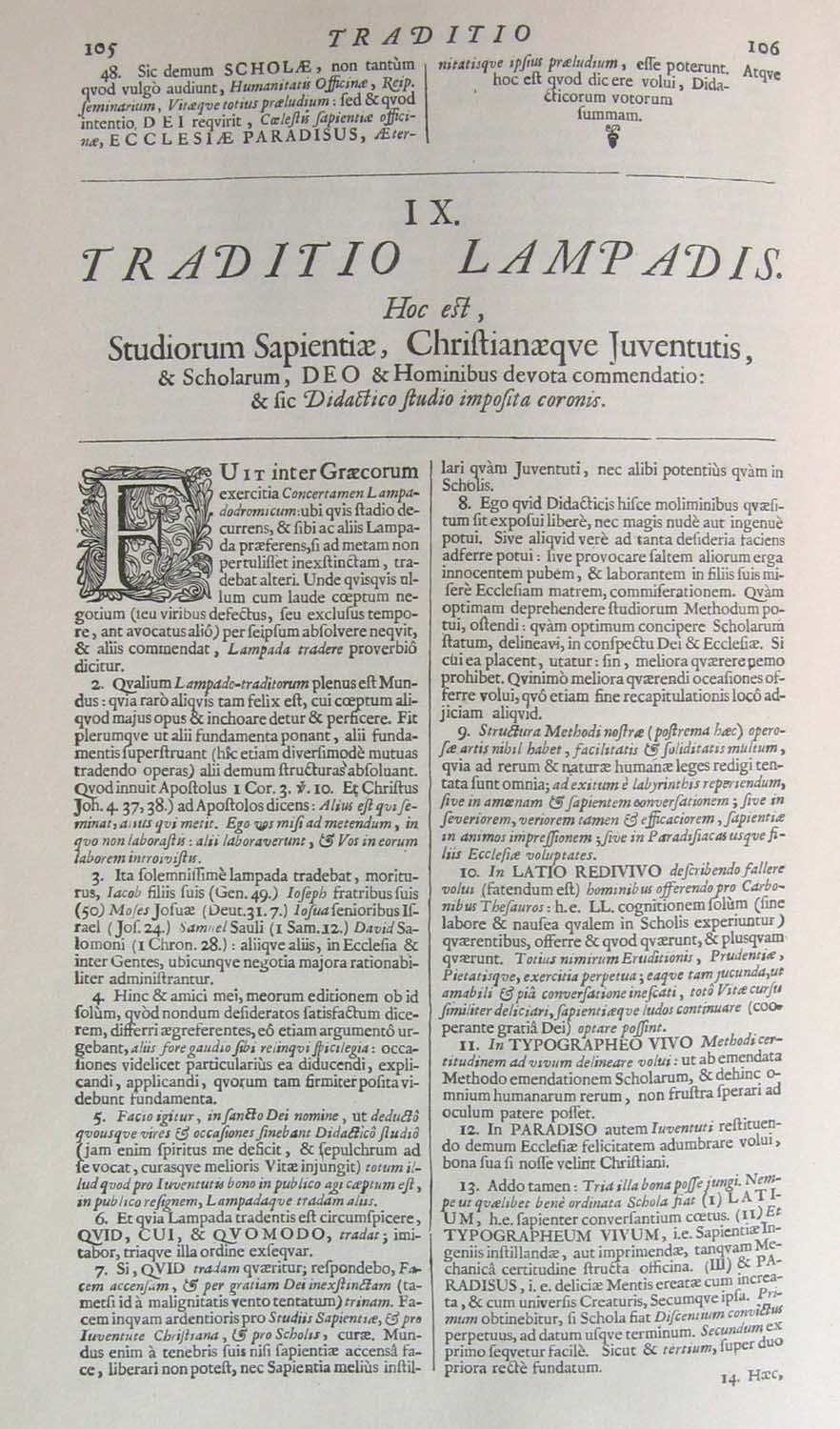