Having studied at the Jesuit Gymnasium at Jindřichův Hradec, Pešina went on to study philosophy and theology in Prague. He began his career as a priest at Litomyšl, and subsequently rose rapidly in the ecclesiastical hierarchy; he later became Vicar General and Capitular Dean of the Chapter of St Vitus in Prague. He was a keen Bohemian patriot. Having resolved to write a history of Moravia, he proceeded to travel through a range of Moravian towns in order to obtain the necessary archival and historical material. Of his grand plans, he realised the Czech introduction, the Prodromus Moravographiae, to jest Předchůdce Moravopisu (the ‘Precursor to the Moravian Studies’), and the Latin Mars Moravicus, in which he detailed the important battles fought on Moravian territory. The facts were drawn primarily from the works of Jan Dubravius and Václav Hájek of Libočany, and he greatly valued the Ecclesiastical History of Pavel Skála of Zhoř. 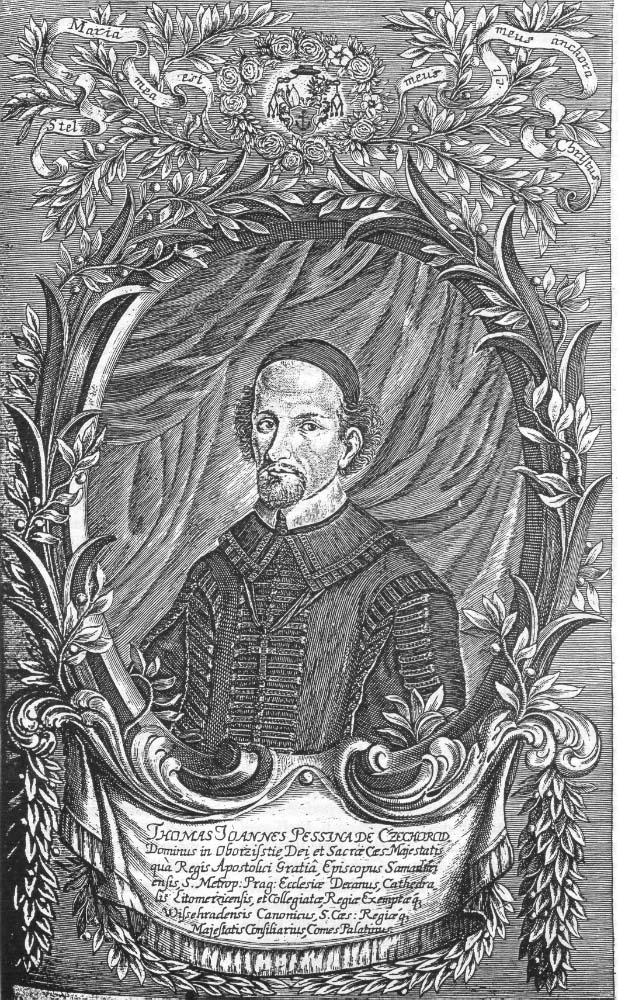