The Theatrum universitatis rerum, that is, the Theatre of the World and all the wondrous things therein, whether in the heavens, on the earth, along the ground, in the waters, in the winds and anywhere in the world which are or occur or which will be, from the beginning of the world unto its end, until the end of ages.

“... I decided to embark upon a pivotal work: it was to include all things, described such that our people, whatsoever they might require instruction, could find it at home, equipped with this from their library,” wrote Comenius to Petrus Montanus regarding the aims of his encyclopaedia. He began to gather material as early as during his time at Herborn, manifestly under the influence of Herborn professor Johann Heinrich Alsted, initially as notes during his studies. The work as a whole was to contain all contemporary knowledge, and was divided into four volumes of four parts. It remained, of course, unfinished, such a task being beyond the abilities of any single man. The first part of the first volume has survived, containing the dedication, the preface, the ‘invitation to the educated of my nation’, and 18 of the planned 19 chapters. Comenius later worked on a second version of the encyclopaedia, this time called the Amphitheatrum. 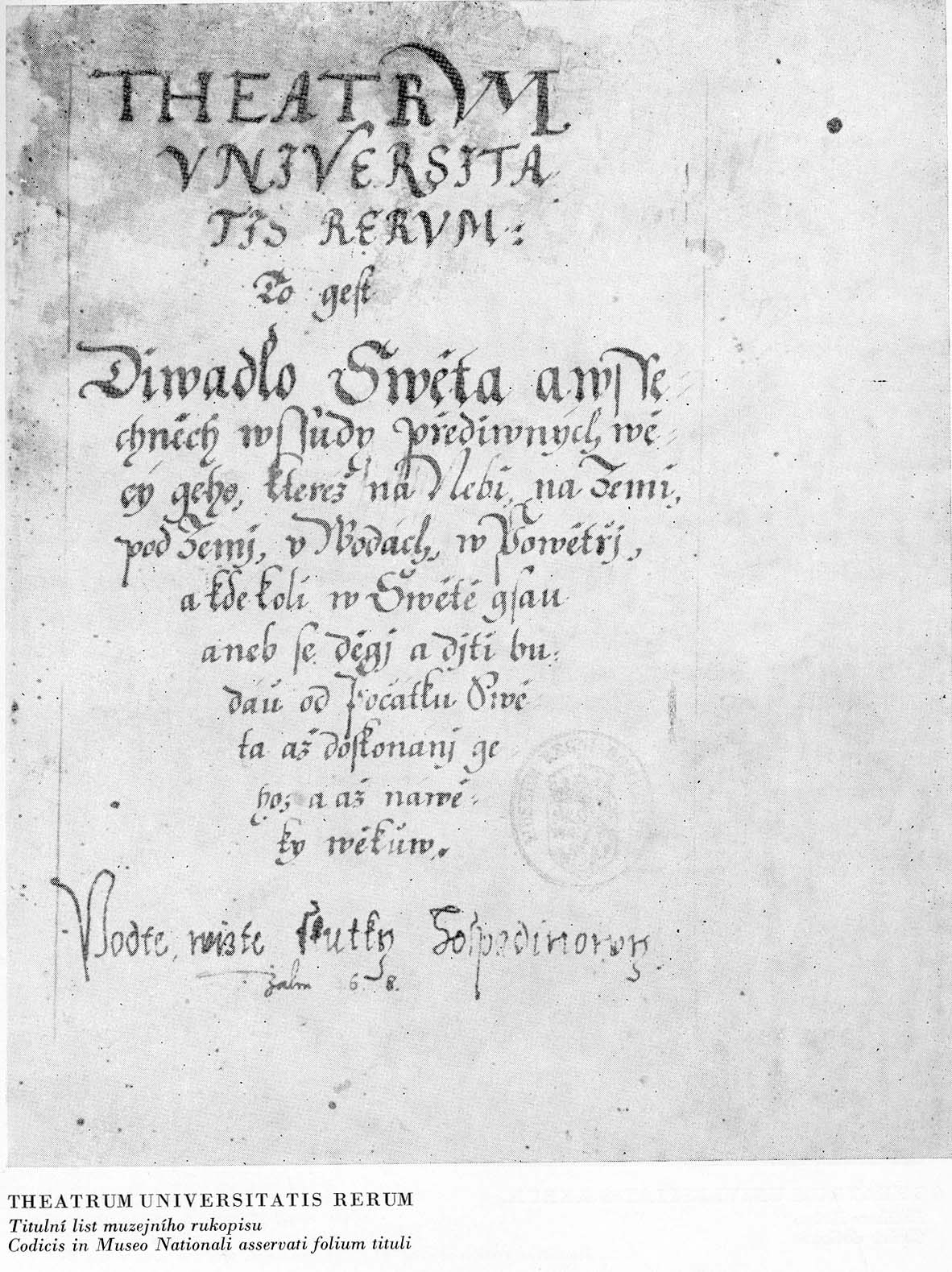 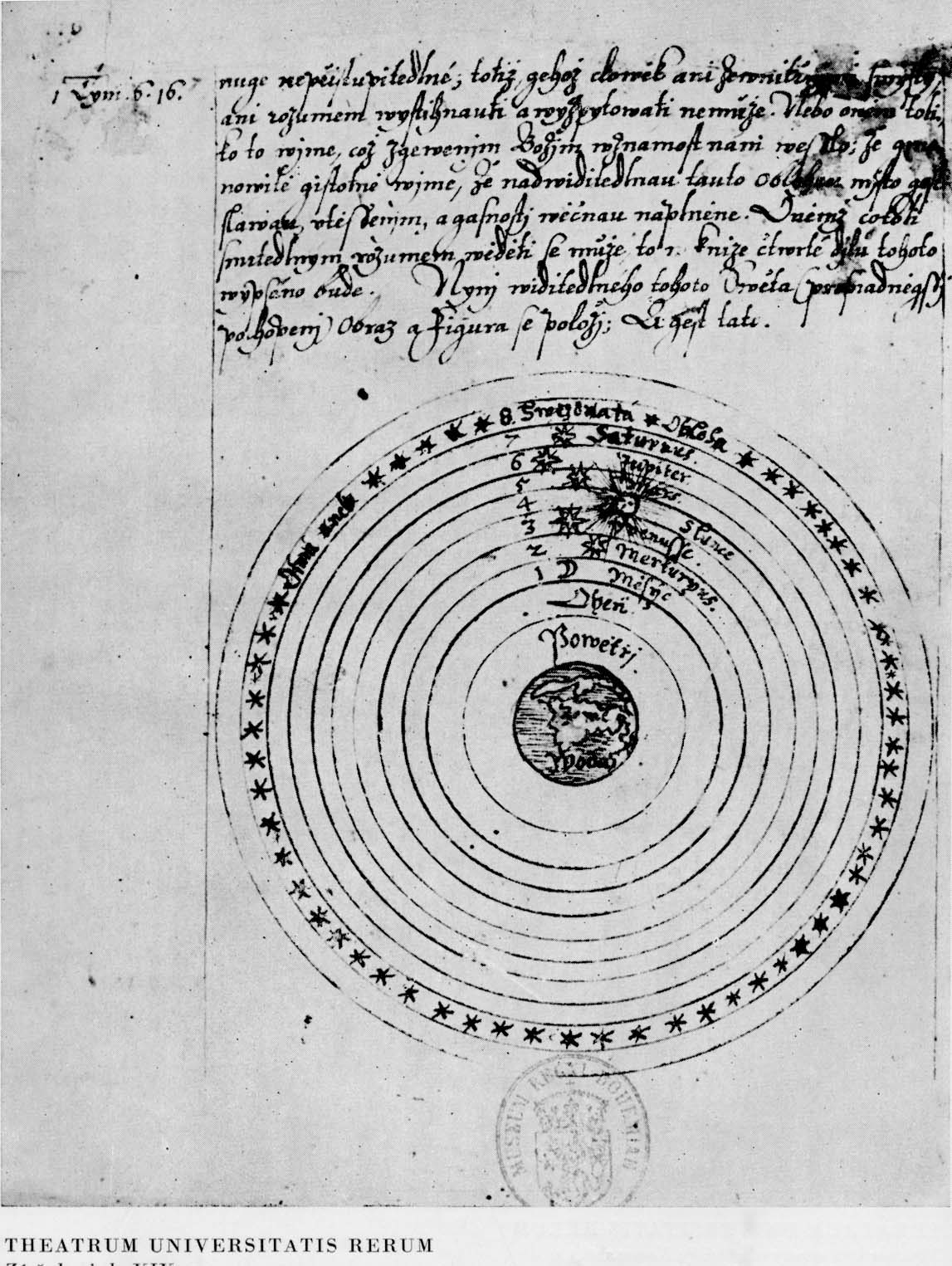