The Theatre of Affairs

The term ‘theatre’ (from the Latin theatrum) appeared relatively commonly in the 16th and 17th centuries in the titles of literary works in various genres and with various intents. Above all, it was used in the presentation of particular aspects of the world that surrounded Man, and in the description of some collections of facts. Such a theatre of affairs could be a mere description (e.g. of historical events), but could also attempt to capture events and the processes that led to such affairs. Comenius linked the theatre of affairs to his encyclopaedism. A comparison of the world and “all the tissue of affairs therein” as a theatre served him in the presentation of his conception of the world and events, with all the relationships and contradictions that appeared in it, including thereby dramatic moments in human life. This dramatic heightening consisted in particular in the contradiction of the futility of human endeavour and the perfection of the wisdom of God and His order, instilled at the creation of the world.

Comenius’ theatre of the world thus had not only its emphasis on events, on the dynamism in the world of affairs and people, in common with the theatre in the original sense of the word, but also its dramatic nature. This theatre of the world was intended to bring Man out of his futile endeavours and back to God, and His wise order. Comenius worked this theme up in two places. One is represented by the incompletely preserved encyclopaedic projects of the Theatrum universitatis rerum and the  Amphitheatrum universitatis rerum (The Theatre of Universal Affairs), conceived as basic educational books for the Czech nation, in which a keenness for an understanding of the world is mixed with its uselessness of endeavour, with its reflection. The second place is in the literary grip and reworking of the Labyrinth of the World and Paradise of the heart (the Labyrinth), in which, with a certain dramatism, it comes more to the fore, and by which Comenius wrote himself indelibly into the history of Czech belles-lettres. 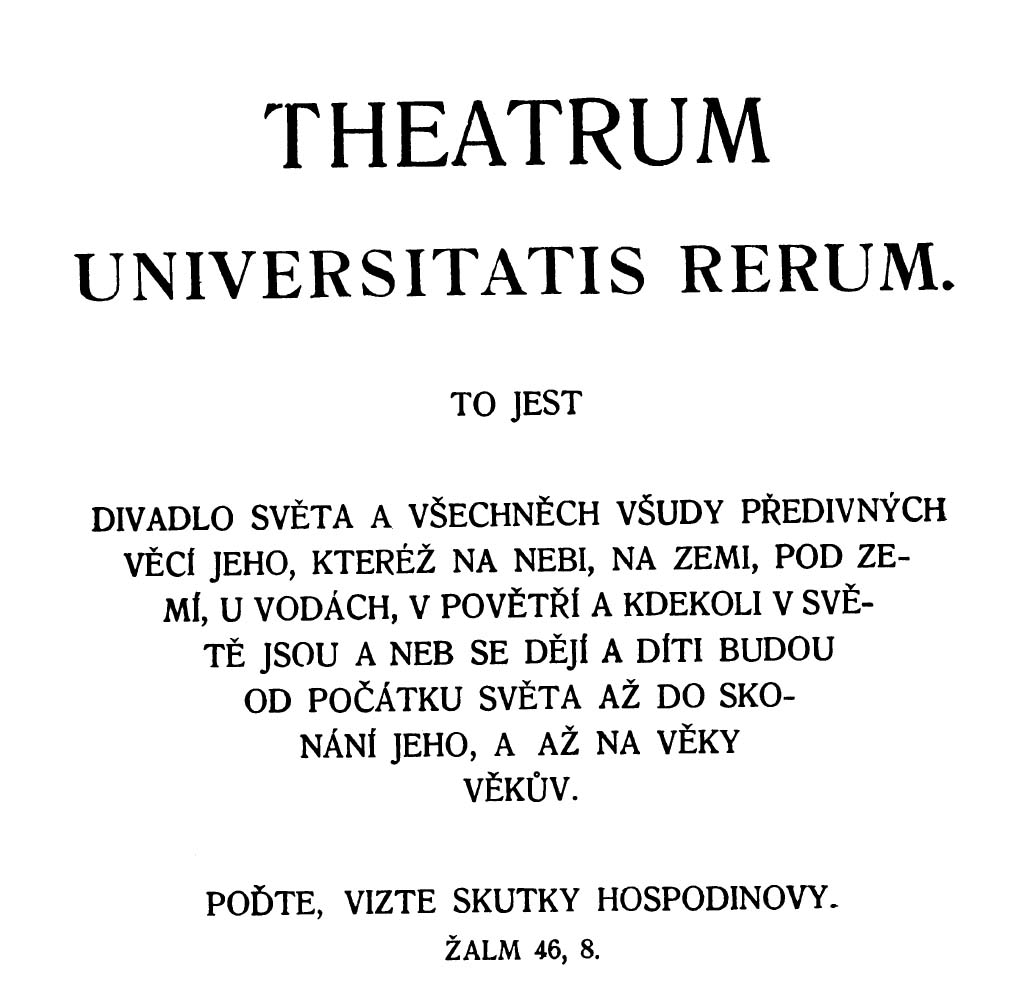