The Kralice printworks was one of the Brethren printing centres, such as spread across Bohemia and Moravia in the 16th century. In Moravia the first at this time was established at Náměšť nad Oslavou (1533). The most famous printworks were those at Ivančice and Kralice. The Ivančice printworks, founded in 1557 by Jan Blahoslav, printed beautiful hymnals, the Brethren’s Confession and the New Testament, amongst other works. In 1578 it was moved to Kralice, where 66 imprints were made, most notably the Kralice Bible in the years 1579-1594. After the Battle of White Mountain the activities of the Kralice printworks were halted (1622). Sometime after 1628 it was removed from Wroclaw to Leszno in Poland, where it remained in service until the firing of the latter town in 1656.

As late as 1630 Comenius wrote a letter (A. Patera, Korespondence Komenského, pp2-3) in which he requested that the Brethren’s press, which had been given into his care, be left in Wroclaw in cellarage, as he could not see where he could move with it in Leszno.

Editions of the products of the Kralice and Leszno Brethren printworks are described in these studies: 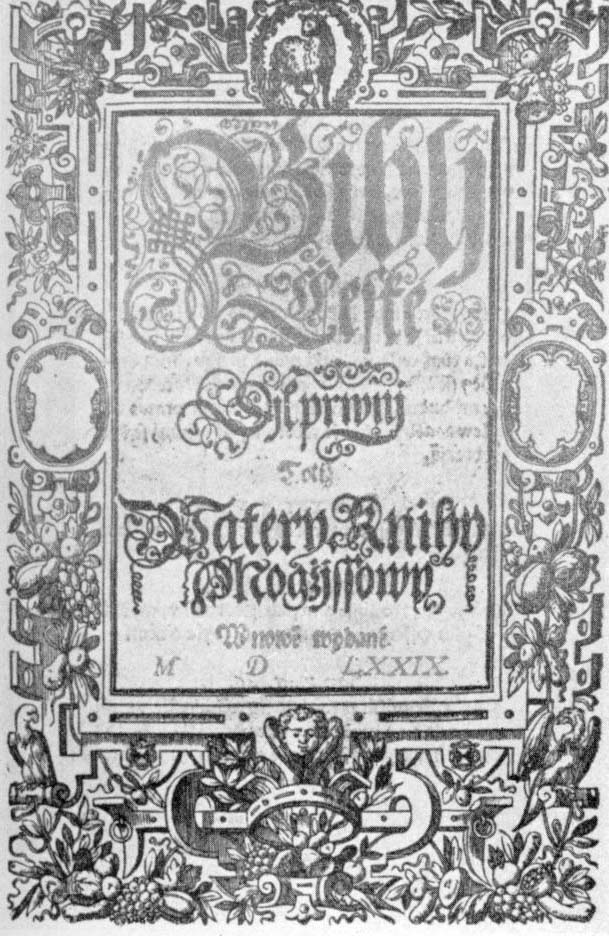