Shortly after the ascent of James I (1603-1625) to the throne, England found itself deep in a crisis that was to reach its climax under Charles I (1625-1649) in the Civil War (1642-1648). The crisis arose from the problem that the notion of a sovereign ruling ‘by grace of God’ (i.e. by divine right) did not reflect the needs of either the country or the parliament. The king could of his own volition raise taxes without the agreement of Parliament, and could introduce extraordinary taxes and duties.

The Stuarts obtained their support from the economically under-developed regions of northern and western England, the Church of England (see Reformation) and the Catholics of Scotland and Ireland. With the growing opposition to absolutism there was a growth in the numbers of adherents to Calvinist teaching, the Puritans, who were favourably inclined towards new enterprises.

In 1639, exasperated Scottish forces raided into England. When Parliament too stood against Charles I, the conflict grew into a civil war. The first phase of the English Civil War came to an end in 1644 with the victory of parliamentary forces over the king. The leader of the parliamentary opposition, Oliver Cromwell, was supported primarily by independents (see Reformation), and in 1649 and independent minority in Parliament decided on the execution of the king and the establishment of a republic.

Comenius came to England in the autumn of 1641, but the simmering Civil War frustrated his promised hopes for the realisation of reforms to schooling and education, and led to the political fragmentation of the English Comenians.

Given these inauspicious circumstances, Comenius decided, despite the urging of some of his English friends, led by Samuel Hartlib, to leave England and accept an invitation to go to Sweden. He departed from English shores in June 1642, accompanied by Petr Figulus Jablonský and John Dury.

Comenius bade farewell to his English admirers in a public document (A. Patera, Jana Amose Komenského Korrespondence, pp55-56), where amongst other things he noted that in “in the lurching of war it is not easy to work”. 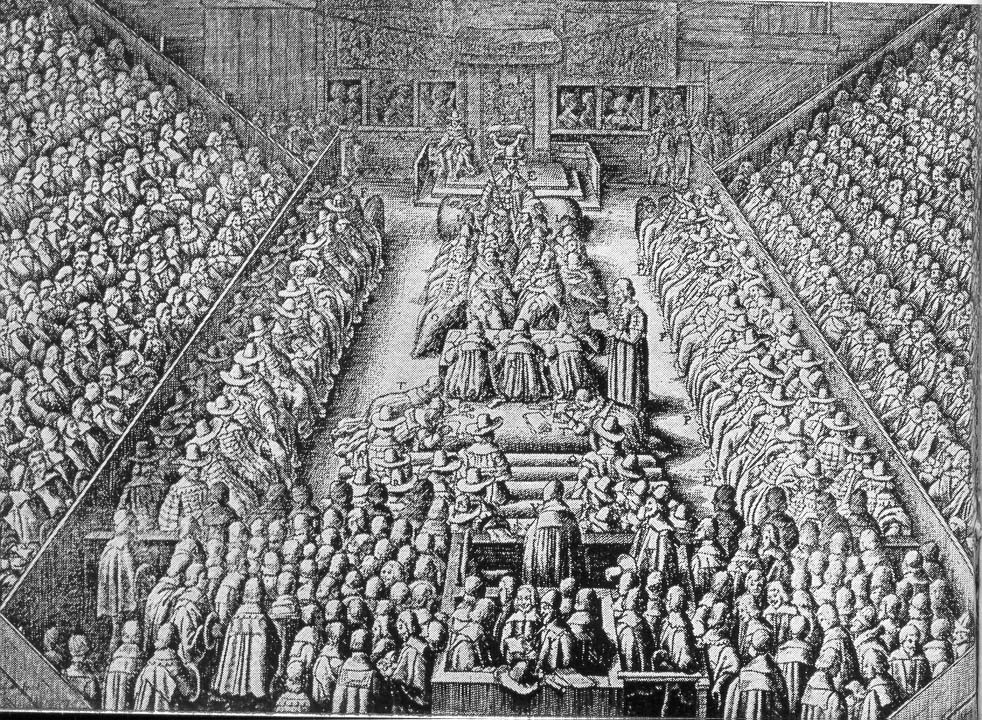