After the crushing of the Bohemian Estates’ Uprising in 1620, members of the evangelical churches gradually began to leave Bohemia and Moravia, finding refuge for the most part in neighbouring countries where they would not be in danger of persecution – in Saxony, Silesia, Hungary (in particular Slovakia) and Poland, and less commonly to more distant lands, such as England, the Netherlands, Sweden, Denmark, Transylvania and Switzerland. The emigration peaked between 1627 and 1629, after the promulgation of the Renewed Provincial (Land) Ordinance, the Imperial Patent that prohibited non-Catholics from residing in the country. Many important political and cultural players thus went into exile, among them not only Comenius but also Václav Hollar, Pavel Skála of Zhoř, Karel the Elder of Žerotín and Pavel Stránský of Zap. In an attempt to restore the pre-White Mountain situation to their homeland, the religious exiles made extensive diplomatic and military endeavours in the service of allied evangelical sovereigns in various European states; their greatest hope, however, they placed in Swedish military success during the course of the Thirty Years’ War. The hopes of the exiles for a return of the earlier situation and a return to their homes were however extinguished by the Peace of Westphalia in 1648, which brought the Thirty Years’ War to an end and which, in spite of the promised made by Swedish diplomacy, confirmed the incorporation of the Lands of the Bohemian Crown into the Habsburg empire. 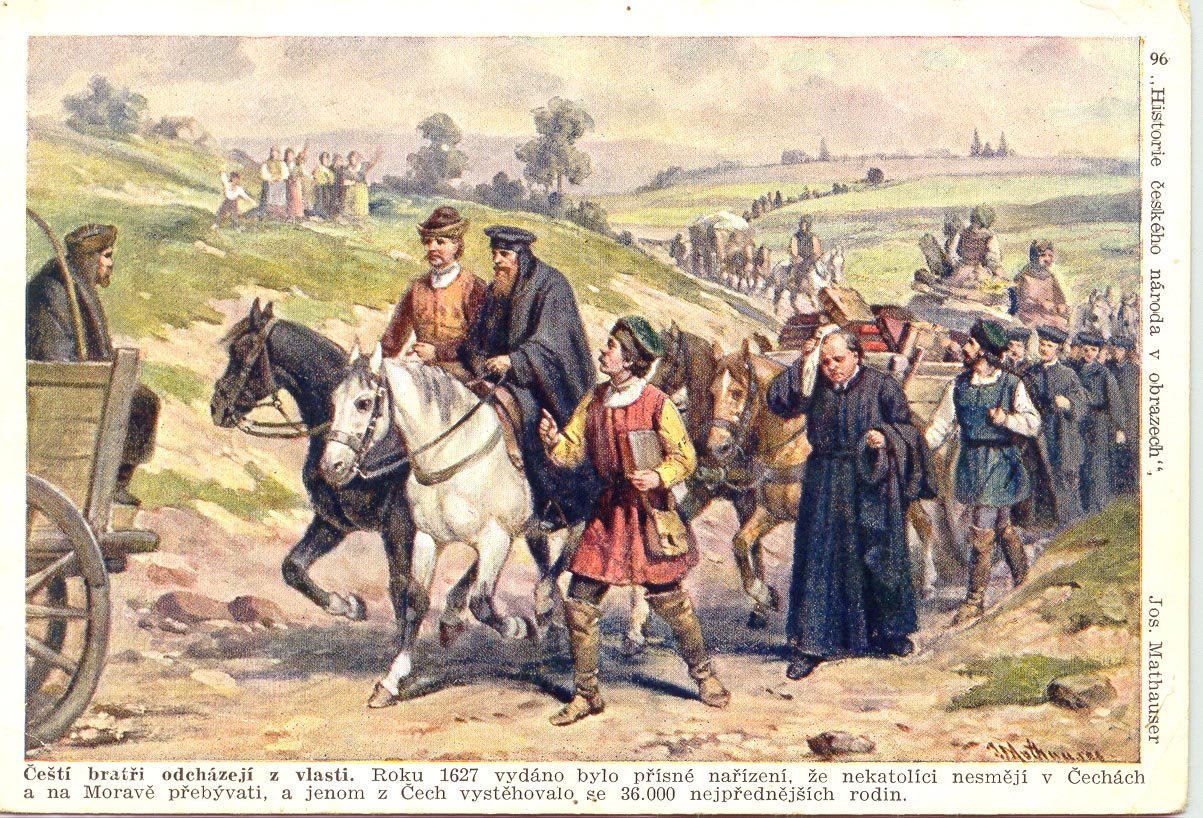