The opposition of the Bohemian Estates to the moves towards centralisation and absolutism on the part of the Habsburgs culminated in the defenestration of Vilém Slavata of Chlum, Jaroslav Bořita of Martinice and the scribe Filip Fabricius on May 23rd 1618. A temporary government of 30 directors, 10 from each of the estates, was subsequently established, and this immediately embarked upon military and political negotiations with the Protestant Union. Moravia, Silesia and Lusatia attached themselves to the Bohemian Estates. On July 31st 1619 a new institution was proclaimed; henceforth the Kingdom of Bohemia would be a confederation of equal states, with an elected sovereign at their head. It was to this post that the Bohemian Estates elected Frederick V of the Palatinate on August 26th (Ferdinand II Habsburg has been deposed on August 19th 1619). From the middle of 1620, however, support for the Bohemian Estates from abroad began to decline. Ferdinand II. Habsburg defeated their forces at the Battle of White Mountain on November 8th 1620, and had the leaders of the revolt executed on June 21st 1621. The Bohemian Estates’ Uprising was the first phase of the Thirty Years’ War (Thirty Years’ War). 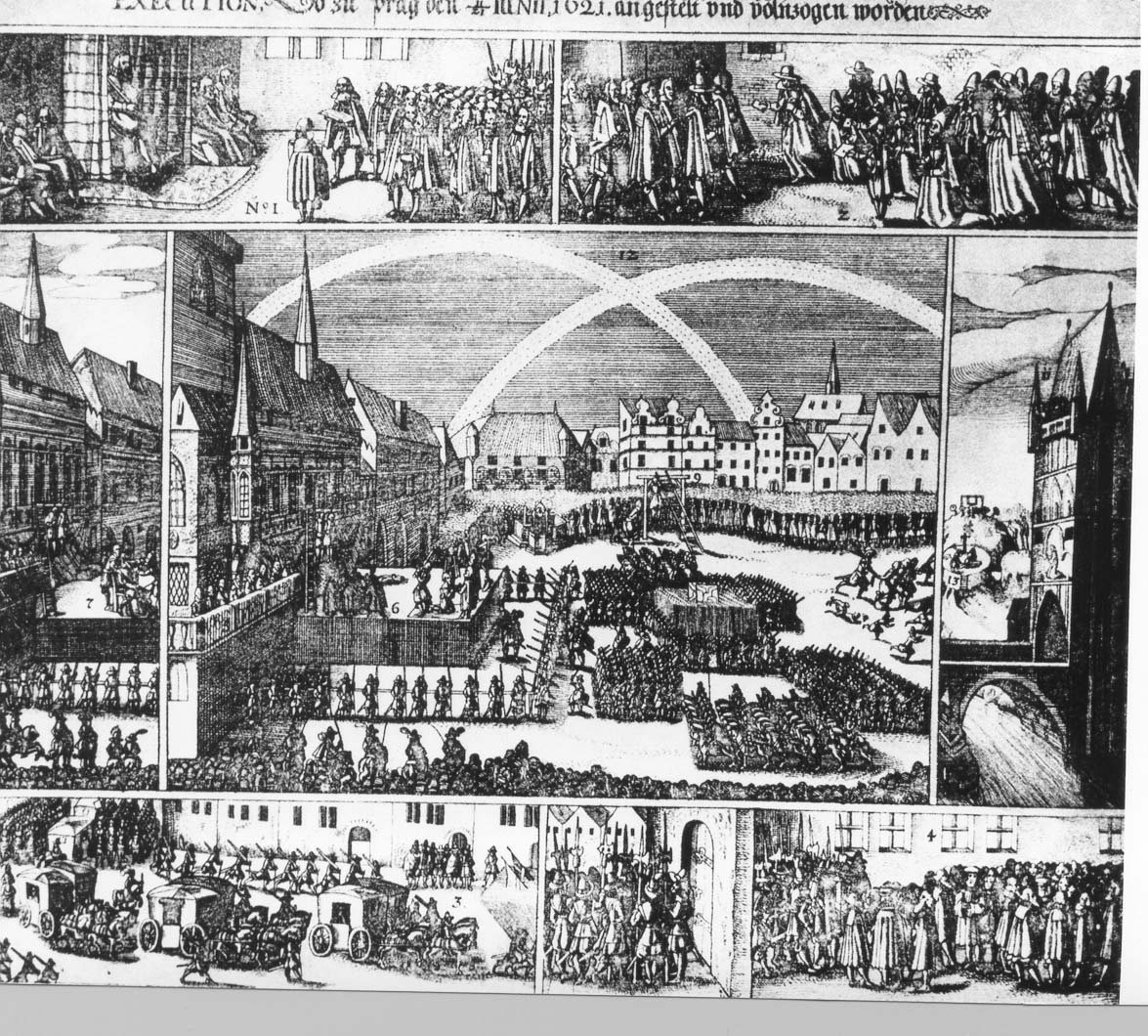