A practical syllogism of the orb of the world, in which 1. The major premise was erected by the princes of Europe, when together they formally closed the peace at Münster and Osnabrück in 1648, which was confirmed in 1650 at Nuremberg. II. The minor premise was established by Pope Innocent X in 1651, and continuously confirmed by his successor Alexander VII in 1655 and the following years. III. From which a conclusion is reached by the tribes and the nations, guided by the voice of God and understanding, in 1665 and the following years

A political tract, accusing the Pope and Emperor of breaching the terms of the Peace of Westphalia.

In the first premise, Comenius speaks of the Peace of Westphalia, the conditions of which, while he accepted them with pain, he regards as binding upon all concerned for the preservation of peaceful co-existence between the states and churches. These conditions should be adhered to, and breaches thereof punished; in cases of serious infraction, the other participants should even take up arms against the guilty party. In the second premise, Comenius records that Pope Innocent X published a bull against the Peace of Westphalia, which allegedly contained strikingly unjust articles, injurious to the Catholic party. The Pope pronounces such articles, drawn up without the agreement of the Papal See, as contemptible, accursed and invalid, even if confirmed by Papal oath. Comenius further accuses the House of Austria of supporting the breaching and weakening of the Peace of Westphalia, in that it permitted the Papal bull to hang for an entire month on the doors of St Stephen’s Cathedral in Vienna. Comenius, led on by Drabík’s prophecies (Mikuláš Drabík), threatens the trespassers in Biblical terms.

Drabík prophesied that the Roman See would collapse under a Pope named Alexander. Fabius Chisius, who as Papal nuncio had resisted the Peace of Westphalia, in return became the candidate and successor of Innocent X, apparently deliberately taking the name Alexander VII to demonstrate the invalidity of the prophecies, and during his coronation took an oath to accomplish three things:

1. the reconciliation of Catholic rulers to each other;

2. the inflammation of the disputes between non-Catholic rulers; and

3. the spurring on of the eradication of heresy.

Comenius later renders an account of a range of Papal intrigues aimed at achieving these goals.

Sayings of the prophet Ezekiel are appended. Can such things prosper, and can their originators escape the consequences of breaching the obligations incumbent upon them? The nations are becoming aware of it, and are taking stock accordingly.

The translator of the tract, and its disseminator, was Jan Jakub Redinger, rector of the Latin School at Frankenthal. The work is presented in the form of a dialectic triad: the Peace of Westphalia makes up the first premise, the second is provided by the actions of Popes Innocent X and Alexander VII, and from these the nations, led by the Bible and understanding, draw the conclusion. 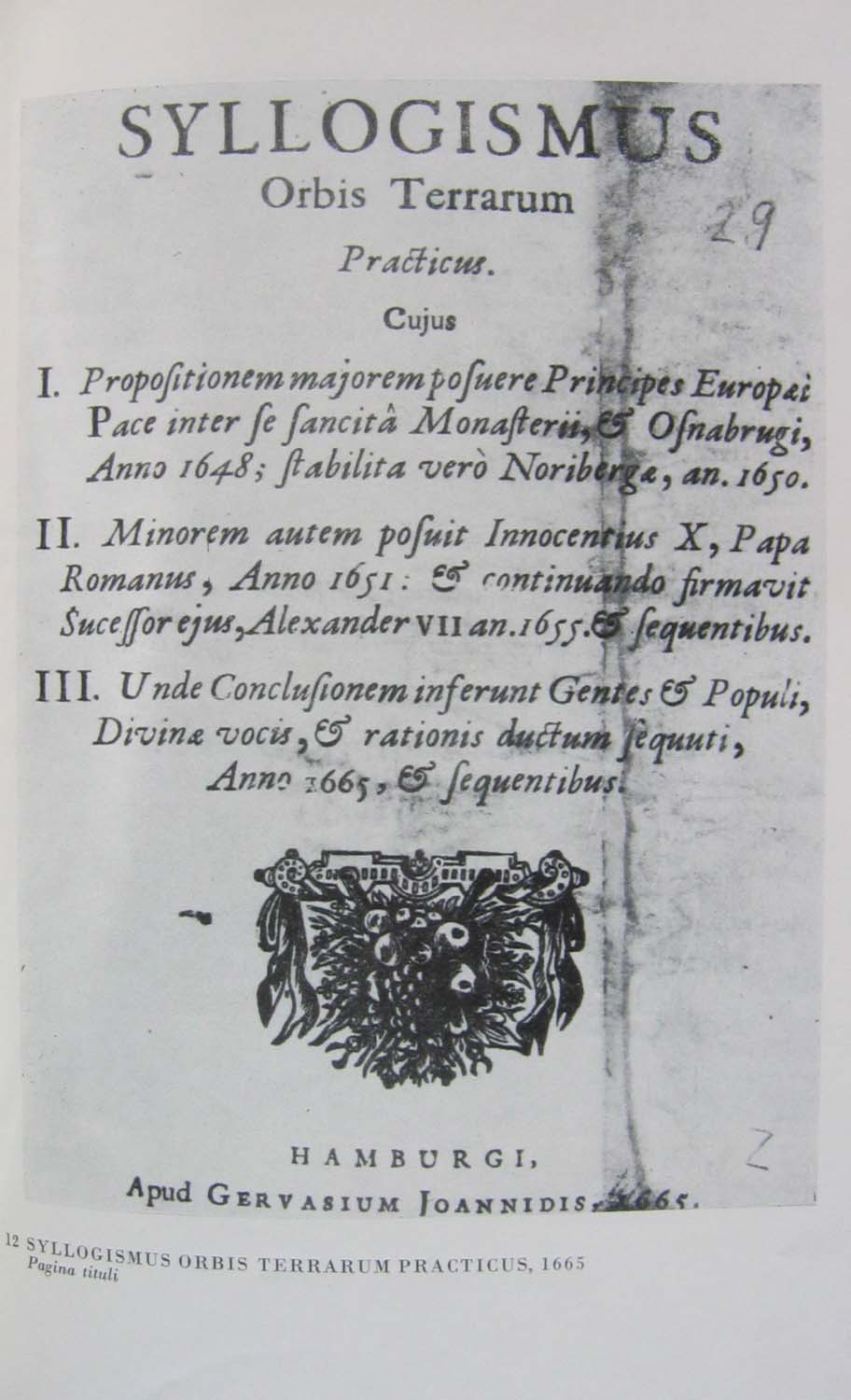