The mirror of Socinianism, showing in one inspection what it believes or does not believe. Compiled according to his own confession by Jan Amos Comenius

Origin of the work:
1661 Amsterdam

This is a systematic polemic dealing with the beliefs of the Socinians. The tract arose out of the debate between Comenius and the Socinian D. Zwicker. Having been expelled from Poland, the Socinians spread their teaching in the Netherlands. Increasingly, Comenius came to realise that laymen could not discern the crucial differences between their faith and that of other Christian confessions, and it was thus that after the publication of his second polemic against Zwicker (De sociniano irenico) he decided to clarify the essence and harmfulness of Socinianism in this new work. The fundamentals of Socinian belief were drawn from their own catechism; it deals in particular with their teachings, which in his view were unacceptable to true Christians. 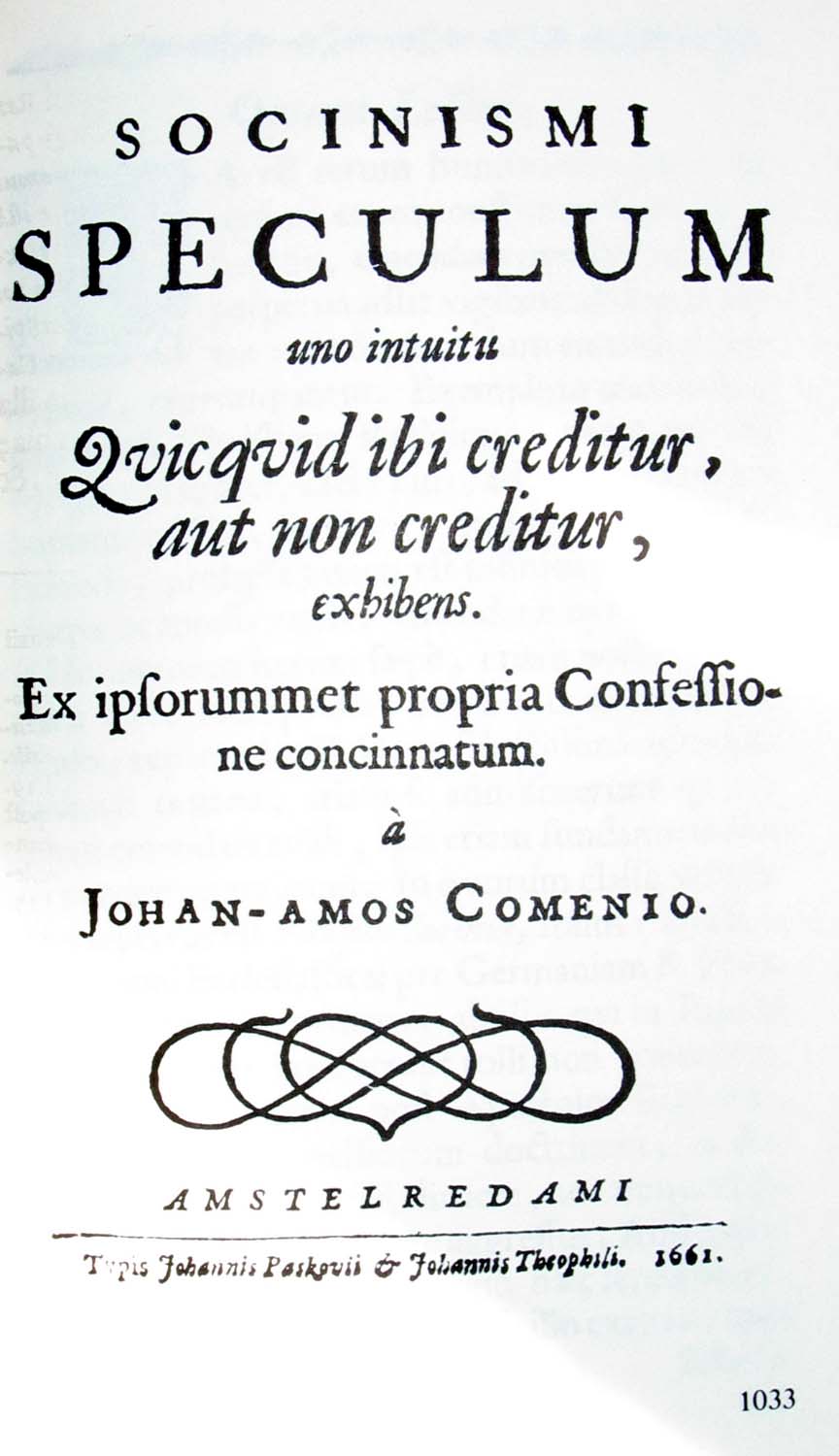