Slovak Republic. Town in the Lower Moravian Vale, close to the border between Moravia and Slovakia.

The area around the town was occupied continuously by Slavs from the 7th century onwards. A forerunner of the modern town is first recorded in 1217. During the 14th century Skalica became a free market, and in 1372 was awarded a charter as a royal free borough; it was fortified soon after. From the 16th century onwards many Czech families settled here, and after the Battle of the White Mountain Czech exiles also came here. Teaching at the local gymnasium began in 1662. In 1762 the J. Škarnicl printworks was founded here, which in the 19th century issued important periodicals and publications by the people of the Šturovo region. From the 19th century Skalica was an important centre of Slovak political and national life, and a place where Czechs and Slovaks were drawn together; at the beginning of the 20th century it was a centre of the ‘Hlasists’ - pro-Czech Slovak intellectuals who took their name from the publication Hlas (‘The Voice’).

Comenius stopped in Skalica on his first journey to Hungary in 1650, meeting the representatives of Moravian Brethren nobility there and attending Easter Mass. This event is recalled in Skalica by a bust of Comenius and an inscription on the tower of the local tolerant church “Památce Komenského 1650” (lit. “in memory of Comenius, 1650”). Beyond this, particular reverence is given to a cup from the Last Supper, which is traditionally said to have been used during his vist in April 1650. 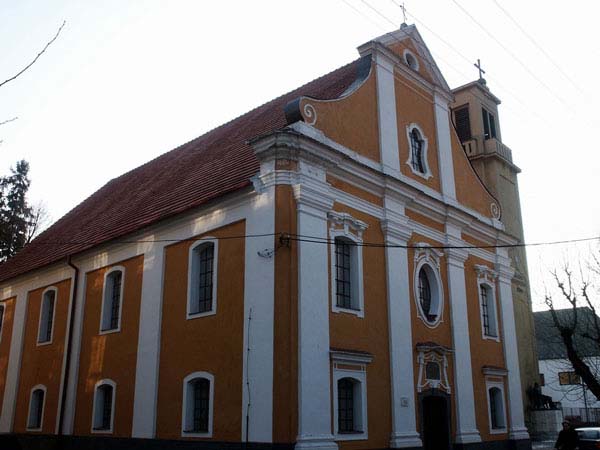