In his studies at Oxford, into which he entered at the age of fourteen, Thomas More concerned himself primarily with classical Greek culture. Under pressure from his father, the judge John More, he continued his education in London, where he studied law. He became a barrister, and during the reign of Henry VIII fulfilled various political functions (including that of Speaker of the House of Commons and Chancellor). In 1532 he refused to participate in the king’s dispute with the Pope, and resigned his offices. When Henry VIII proclaimed himself to be head of the English Church, More declined to take oath under the Act of Succession, as this repudiate Papal supremacy; he was accused of treason, condemned and executed.

His interest in Antiquity brought More the friendship of Erasmus of Rotterdam. More was also the author of Utopia (De optimo statu rei publicae deque nova insula Utopia, 1516 – On the optimal condition of the state, this on the new island of Utopia), in which he set forth his notions of a Christian and justly organised state. Along with Bacon’s New Atlantis, Campanella’s City of the Sun and the works of Johann Valentin Andreae, this is evidence for those period efforts to reform society into which Comenius’ works included him. 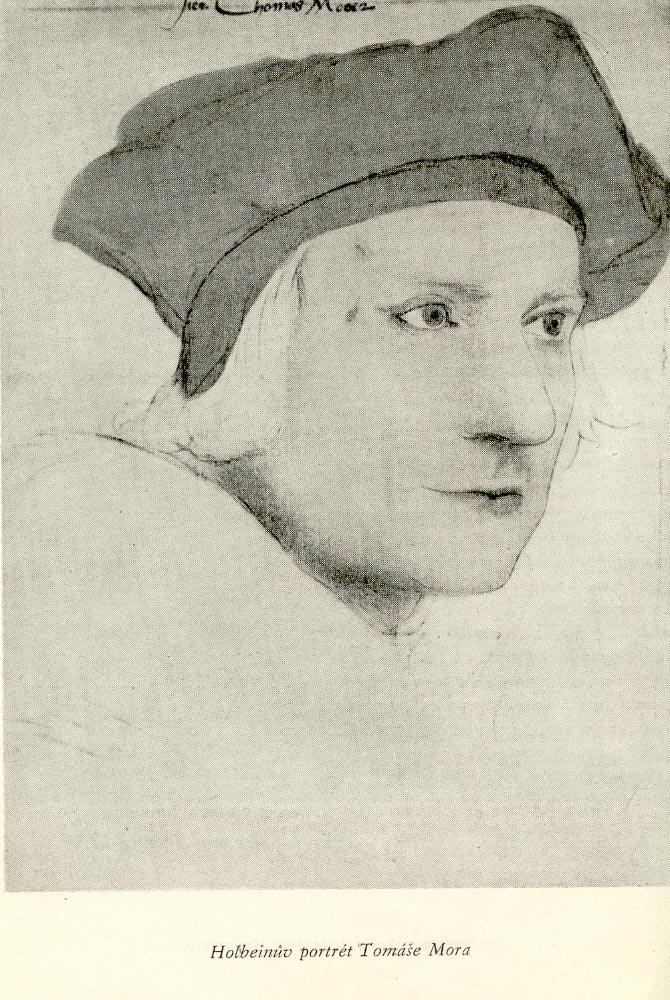