The secret speech of Nathan to David

Origin of the work:
1651 Sárospatak

A political tract written by Comenius in Latin, calling upon Sigismund Rákóczi to create a coalition of Central European states against the Habsburgs and the Papacy.

The family of the Rákóczi Princes ruling in Transylvania was of the Reformed faith, and had within its territories many religious exiles from among the Brethren. When they were disappointed by the Swedes through the Peace of Westphalia, the hopes of these exiles were pinned instead upon the Rákóczis, especially after Prince Sigismund took Henrietta, daughter of Bohemia’s ‘Winter King’, Frederick of the Palatinate, to be his wife. He was married by Comenius himself, who dedicated this work to Sigismund prior to the wedding.

Comenius allegorically presents Prince Sigismund as the chosen King David, and himself as the royal counsellor, the prophet Nathan. He declares that it is Sigismund’s task to create out of the evangelical states of Central Europe a union that will destroy the power of the Catholic Habsburgs, the Papacy and the Jesuits. The road to this end also lead to the prince raising his family to the level of royalty. He shall free his nation from the threat of Turkish subjugation. In all this he will help in the Christianisation of the Turks, and the unification of the world, in which the greater role will be played by Christians. It would benefit all the nations of the world to publish the General consultation on the improvement of human affairs (the Consultatio).

This work survives only as a copy which Comenius amended and extended in his own hand. It was not, however, published in his lifetime, as the both the young newlyweds died soon thereafter. 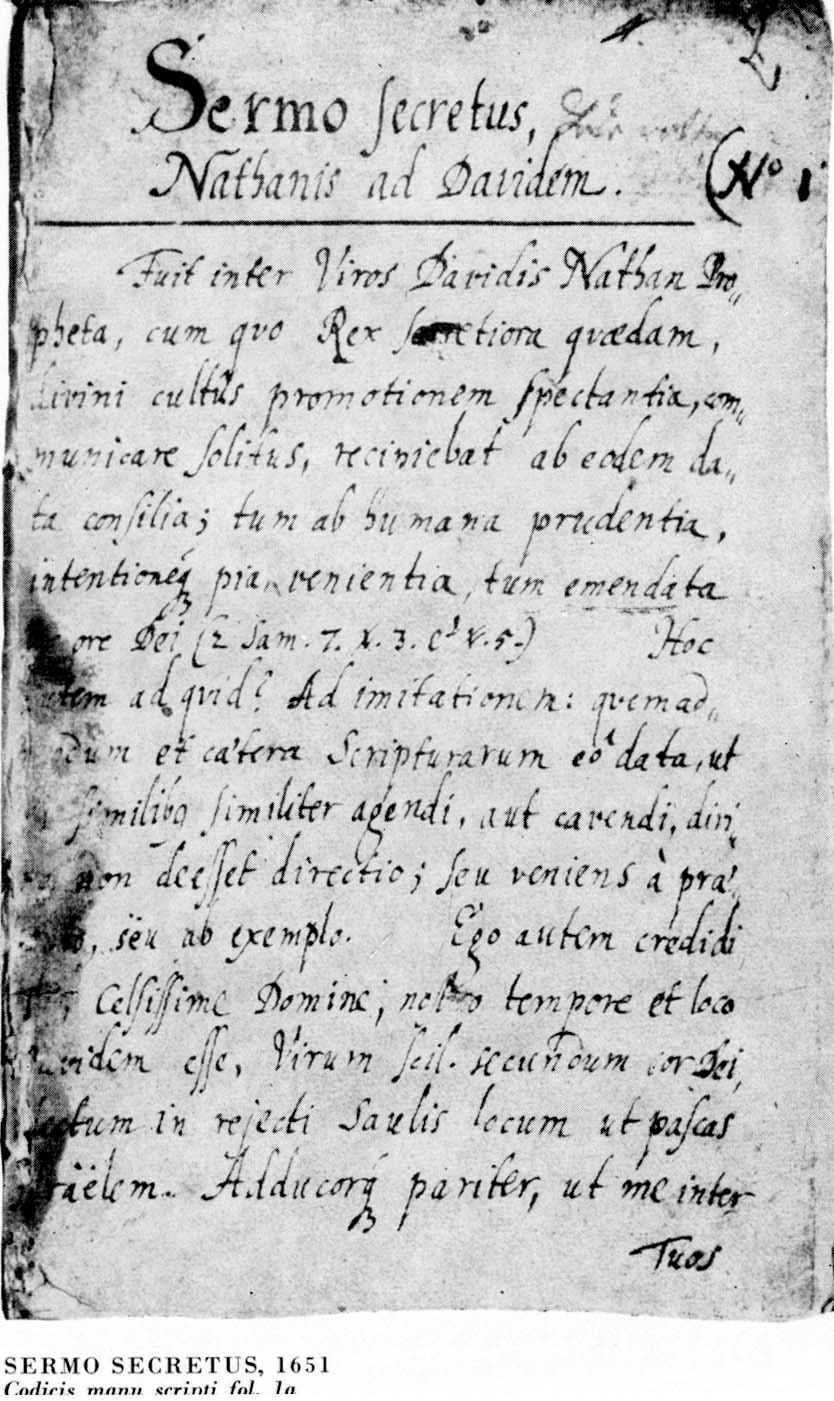 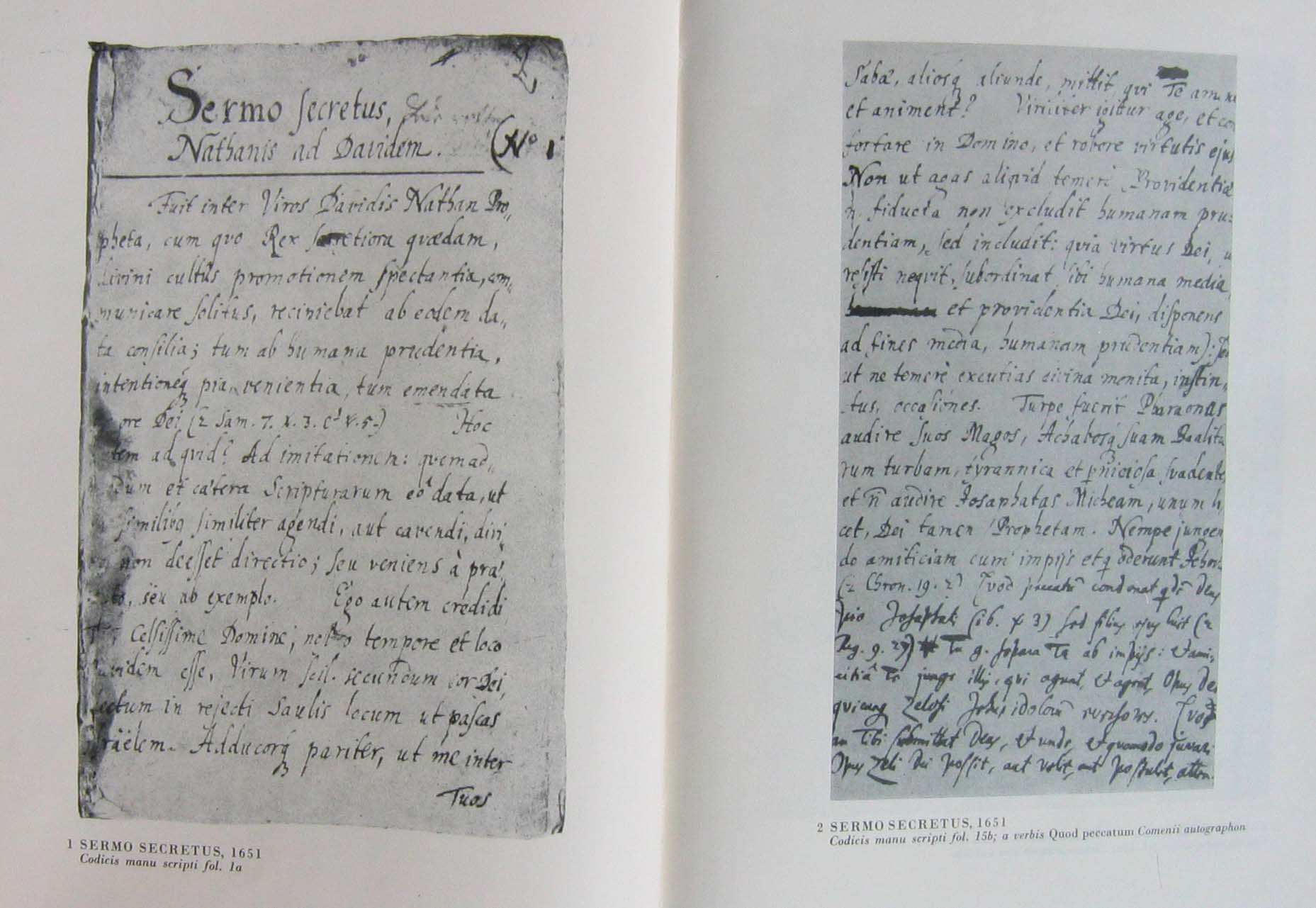