The pansophic school, that is, the Workshop of universal wisdom, as it has for many years been desired to establish in whichever nation, and which will now happily be founded at Sárospatak, under the auspices of that Most Illustrious gentleman, Lord Sigismund Rákóczi of Felseovadas etc. etc. In the year of returning salvation 1651.

Editions:
1651 (Sárospatak), location not given

A dissertation in which Comenius drew on his tract The idea of an illustrious Sárospatak school (the Scholae idea) and drew up a plan for the school that he intended to create at Sárospatak. This was to be a pansophic school, which trained its pupils in everything necessary for life, a cure for the idleness from which all confusion and ills arise. Such a knowledge of everything is necessary for Man, because God has selected him to rule over the things of this world, and to participate in life everlasting, and because He has made Man capable of undertaking this task by giving him the senses, understanding and faith. This aim was to be attained by a seven class school of two levels. The first level, the philological, was to include a system of teaching for the Latin language divided according to the Newest method of languages (the Methodus) into vestibular, janual and atrial classes. It was to this end that Comenius prepared his textbooks the Vestibulum (the Vestibule or Anteroom), the Janua (the Gate or Door) and the Atrium (the Atrium or Auditorium), which he complemented with Hungarian texts. Further details of the teaching at this level were outlined in the text on the Latin school (the Schola Latina).

The second stage, a kind of lesser academy, was to teach pansophy in the four classes: the philosophical, the logical, the political and the theological. This stage, however, was never opened at Sárospatak, because Comenius was compelled to return to Leszno. Finally, the concept of the Latium, the Latin community where pupils would learn the Latin language through practice and conversation, was appended. 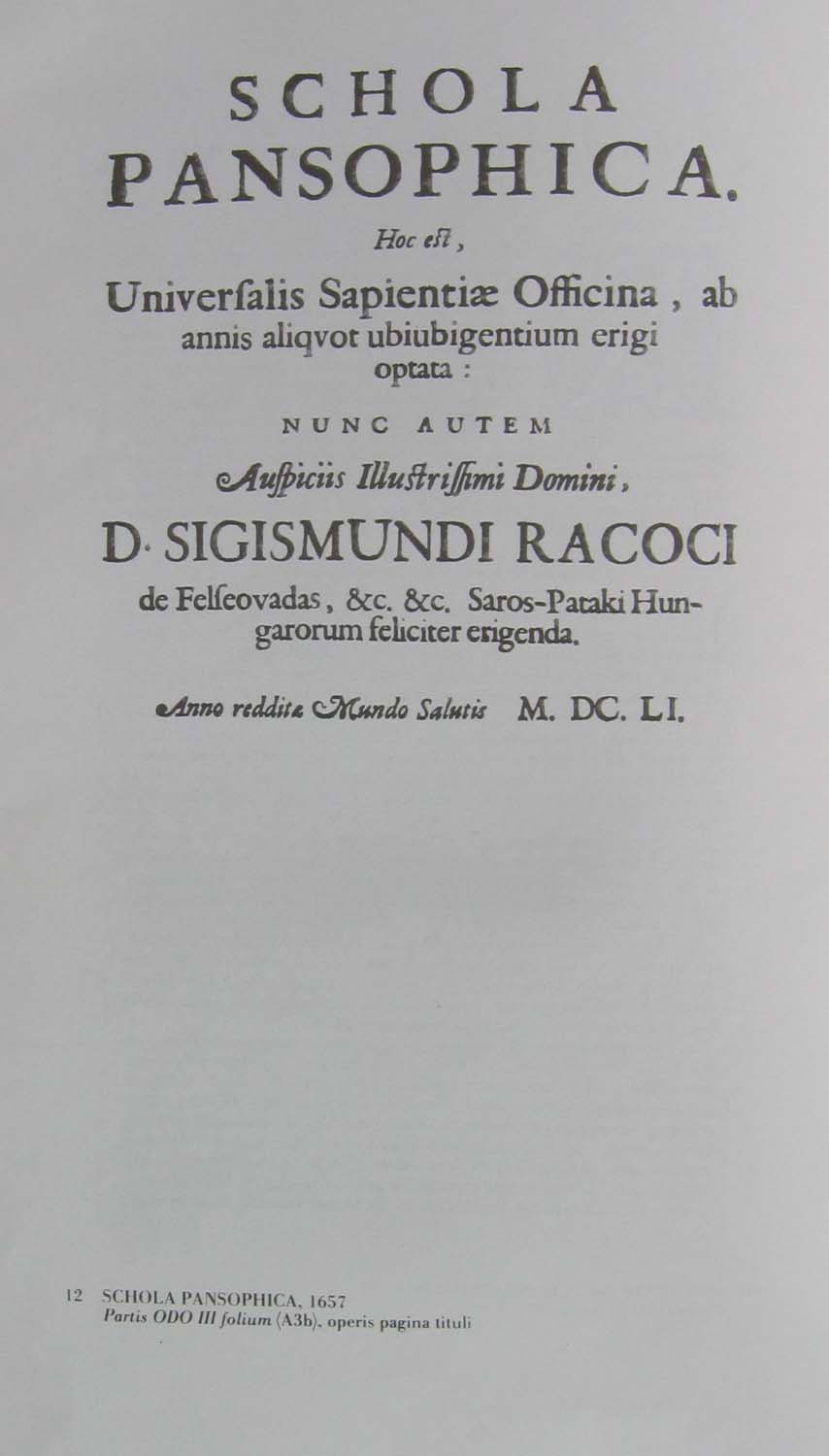