Hungary. A township at the foot of the Hegaylaya highlands on the river Bodrog.

Originally a royal borough, which in 1390 became a tributary town. It belonged to the Perényi and Pálóczi families. The surviving château was built in the first half of the 16th century.

Comenius was invited to Sárospatak (known in Czech as Blatný Potok, lit. “muddy stream”) by Princess Zuzana Lórántffy, in whose family’s possession it had been since 1608. The Reformed school that Comenius was to develop had been founded in connection with the older civic parish school (see also Sárospatak Gymnasium). The Rákóczy family devoted great care and attention to the school, intending that it reach the standard of the schools in Belgrade (the seat of the Transylvanian princes). Over four years Comenius organised three academic classes, and elaborated a proposal for the organisation and aims of the school, textbooks (the Eruditionis scholasticae Vestibulum, the Janua, the Atrium, the Orbis sensualium pictus, and a collection of educational games, the Schola ludus). His stay at Sárospatak was also politically motivated: the Rákóczy family was anti-Habsburg in its outlook, and promised Comenius that they would intervene in the European political situation to ensure that Bohemia could escape from under Habsburg control.

The Rákóczy château is now home to the Comenius Museum, and the Comenius Pedagogical University is also in the town. The Hungarian Comenius Society (Magyar Comenius Társaság, Eötvös utca 7, H – 3950 Sárospatak) is also based here, and publishes studies about Comenius and Comenius’ works in Hungarian in the Bibliotheca Comeniana, of which ten volumes have been issued. 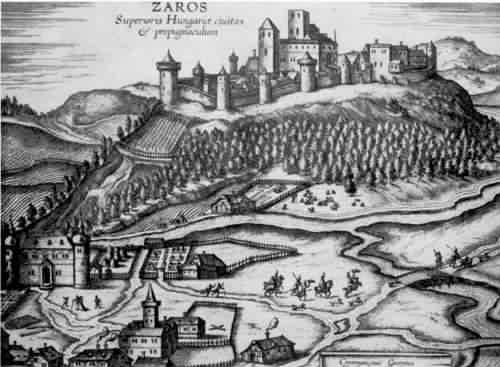