The word revelation comes from the Latin revelatio, meaning “disclosure” or “revelation”. Here it refers to a generally politically-oriented utterance with strong religious and mystical overtones. In character it is related to the Biblical prophetic books of the Old and the New Testaments (the Prophets and the Revelation of St John the Divine respectively). As was the case with Biblical prophecies, it was these revelations that in the 17th century were taken as a call to particular actions, which their author regarded as being those matching the intention of God, or in some cases as warnings against actions that were not in accordance with His will. They cannot therefore be considered to have been predictions, which would have to clearly relate to specific political events, although sometimes their authors might have thought of them in this way; rather, they are an expression of a wish as to the direction that events might follow, or in some cases of how to deal with those acting in opposition to this wish. In this sense revelations are an expression of the mood of the period, and the inflamed reaction to an unfavourable political situation, as seen and experienced by evangelical religious exiles. Revelations were in particular meant to contribute to the unification of the evangelical parts of Europe for the struggle against the Habsburgs, and against the Roman Church and the Papacy. Their stylisation into the form of God’s prophetic word strengthened the belief in a propitious conclusion to this struggle. It is in this that their conspicuous role in mobilisation lies.

Comenius believed Divine Revelation continued in those revelations appearing in the evangelical milieu, counted on their use in his pan-remedial projects, and wanted to use them to convince political leaders, as with pansophy in the area of the philosophy of science; this is attested by his statements in the manuscript of the Lament of Elijah (Clamores Eliae).

Comenius published several collections of revelations with this own explanatory texts appended. The major collection is the book Light in Darkness (the Lux in tenebris, 1657) and its second, expanded edition, Light from Darkness (Lux e tenebris, 1665). In these, he himself translated into Latin and arranged the visions of three contemporary visionaries: Kristina Poniatowská, Kryštof Kotter and Mikuláš Drabík.

Belief in revelations and their propagation brought Comenius a series of inconveniences; they offered his opponents, particularly among theologians, an easy reason for sharp, polemical attacks. Later they were to become one of the reasons for Comenius coming – with the exception of his pedagogical works – to be seen as an unacceptable thinker. 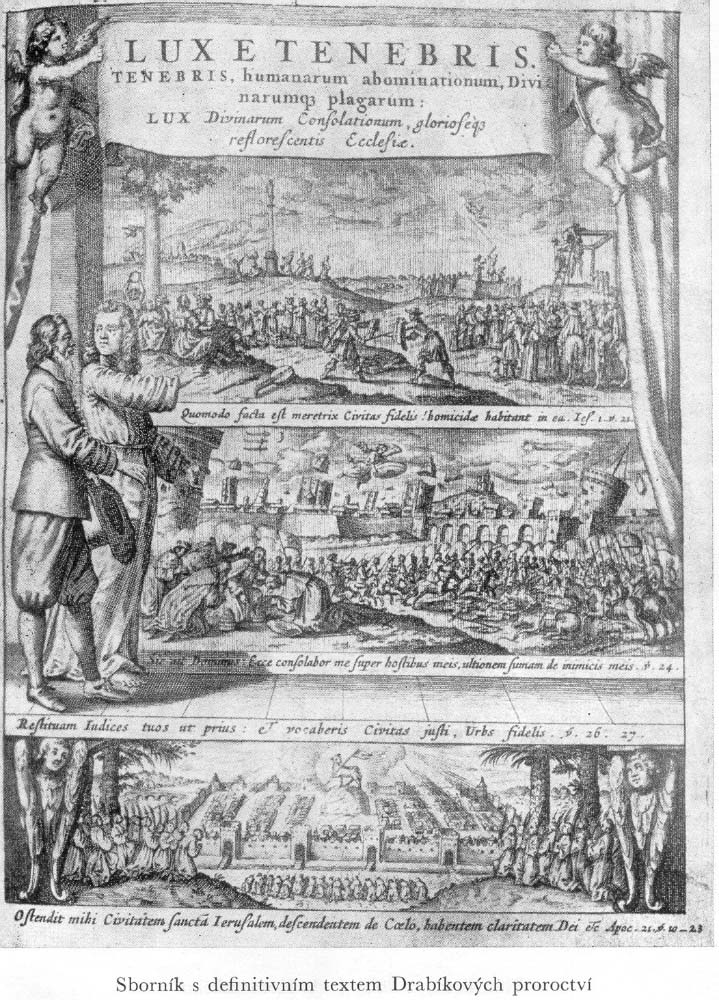