The paradise of the church reborn, that is, a New, certain, noble mould for Christian youth, true in piety, noble in morals and trained in the art of languages and all similar wisdom: how such a verdant paradise of God, carefully pruned, harrowed, hoed over, trimmed and guided by its being, can successfully and gracefully grow, flourish and put forth tasty fruit in the richness of God and the Church

This was intended to be a work on the new and competent reformation of schools in the homeland to which, as Comenius hoped, the exiles would return. All that has survived, however, is a short introduction to this planned out but unfinished work, which was to provide the foundations for the extensive reconstruction of Czech schooling after the victory of the Reformation. Its theoretical part was to be provided by the Czech Didaktika.

After the draconian exile of those of other faiths from the Czech Lands, Ferdinand II Habsburg authorised a severe programme of re-Catholicisation. The powerful Society of Jesus organised to this end purposefully arranged schooling, bringing up legions of young men enthusiastic for this idea. Schooling in both kinds and evangelical schooling were a clear obstruction, and were condemned to closure.

Comenius and the religious exiles, however, hoped for a political reversal and a return to their homeland. It was for this that Comenius planned a restoration of the Church and its cultivated order, and a thorough reform of Czech education, based on new, effective foundations. This was to prepare a new generation, which would ensure a better life in the land. The hope of a return to their homeland was kindled in the exiles when the Saxons besieged Prague, but the Protestant Saxons soon evacuated Prague and left Bohemia. The treatise remained as an unfinished manuscript, and Comenius transferred its fundamentals in the Latin Didactica magna.

The surviving fragment shows that the intended work would have been divided into two parts. The first was to be a general didactic (the generalis) and the second a partial didactic work, containing what all men should and could know, do and speak. This didactic process would have been divided into the years, months, days and hours, compiled by degrees into schoolbooks for youths up to the age of 18, and also into informatoria (handbooks) for parents and teachers, as an aid to the education and upbringing of young people. 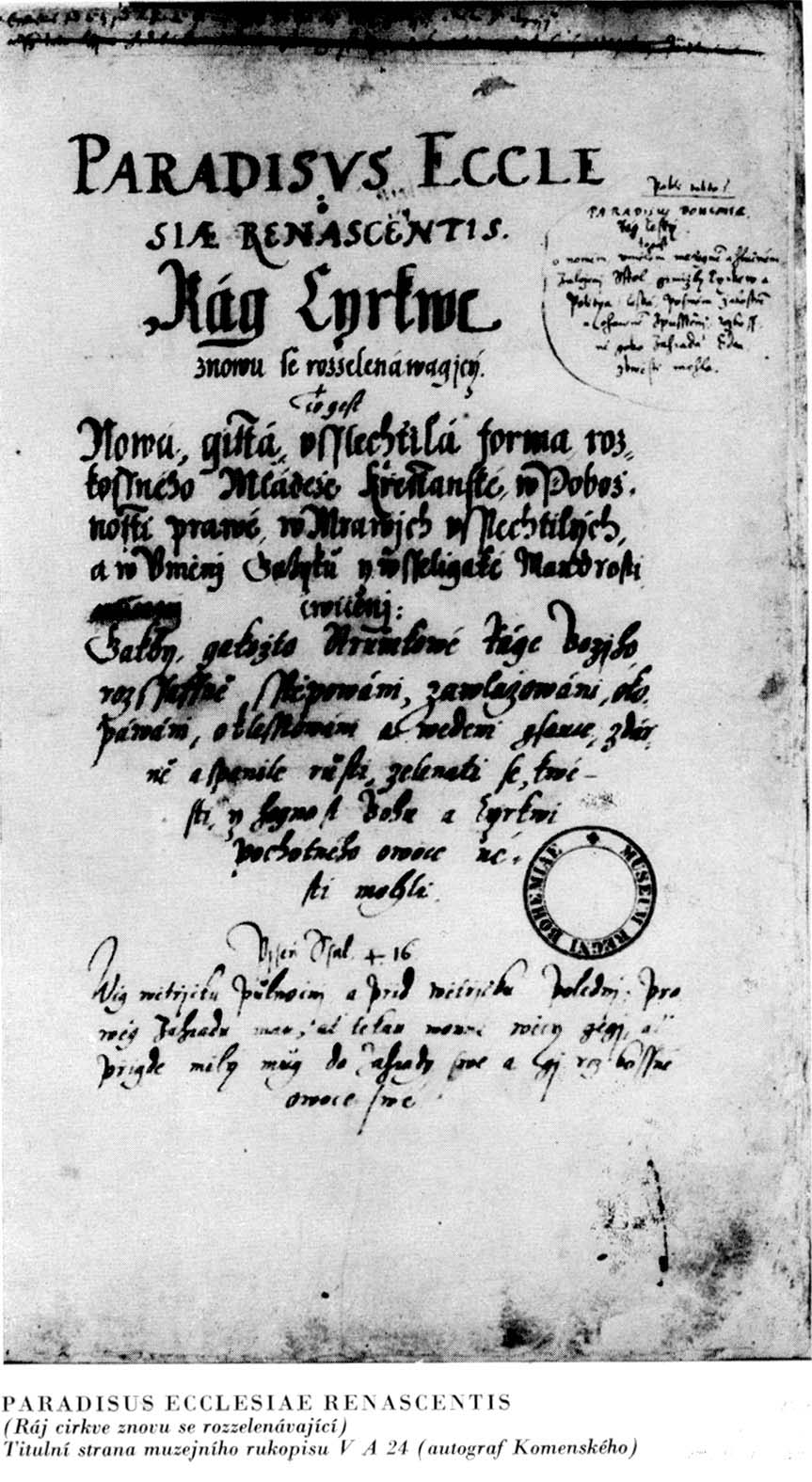 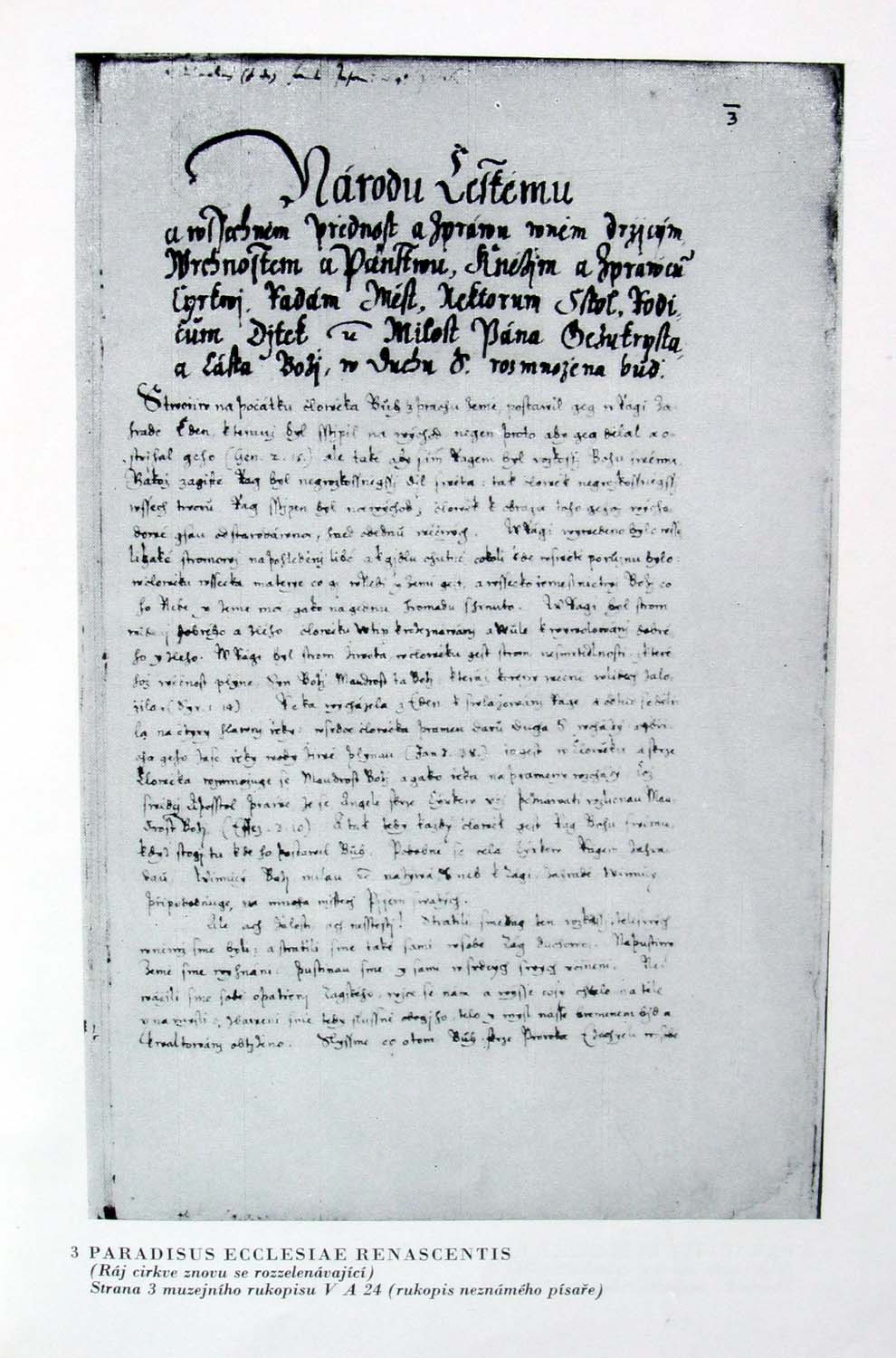