Slovak Republic. Town on the banks of the Váh beneath the Javorník and Strážovský vrch outcrops.

Archaeological finds have yielded evidence for settlement in the area around the town from as early as during the Palaeolithic (the Stone Age Púchov culture). The earliest written references date to 1243; in 1471 Púchov was awarded the lesser rights of a town, and in 1649 it was granted the right to hold annual markets by King Ferdinand III. Exiles for their faith settled in the town: in the 16th century Habani Anabaptists from Moravia, and in the 17th century Czech Brethren. They brought the town their knowledge of other crafts (weaving, drapery, the blueprint process, pottery, book-binding), a m a different way of life and an different culture. As a result the town gradually gre to be a centre for these crafts and of trade, and there was an important school here. In the 18th century the town an economic downturn which it overcame only in the late 19th and early 20th centuries (with the building of new transport infrastructure).

Comenius chaired the 1650 Synod of Brethren clergy in 1650, and visited the town again in 1654 on his return journey from Transylvania to Leszno. 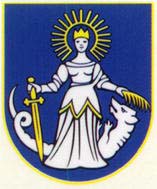 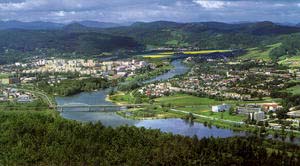