1659 – another selection of psalms arranged in the Kancionál

Psalms (from the Old Testament Book of Psalms) are generally counted among the best known Biblical texts, not least because they could be used by laymen and not just priests. They already formed part of divine services in the early part of the development of the Church, while during the Reformation period they grew still further in favour, with translations of psalms appearing in national languages. A translation into Czech was made by Vavřinec Benedikt Nudožerský, but this manuscript has been lost. Comenius, therefore, “during some unwelcome spare time” began to work on a translation into Czech in Antique quantitative verse. The work was never finished, and the place and date of the surviving, incomplete imprint now in the National Library of the Czech Republic in Prague are unknown. Psalms written and versified by Comenius were used – without, of course, acknowledging the name of their translator – by Václav Jan Rosa in his Čechořečnost (1672), and subsequently by other grammarians. It was for this reason that even in the 19th century these translations were still being ascribed to Vavřinec Benedikt. 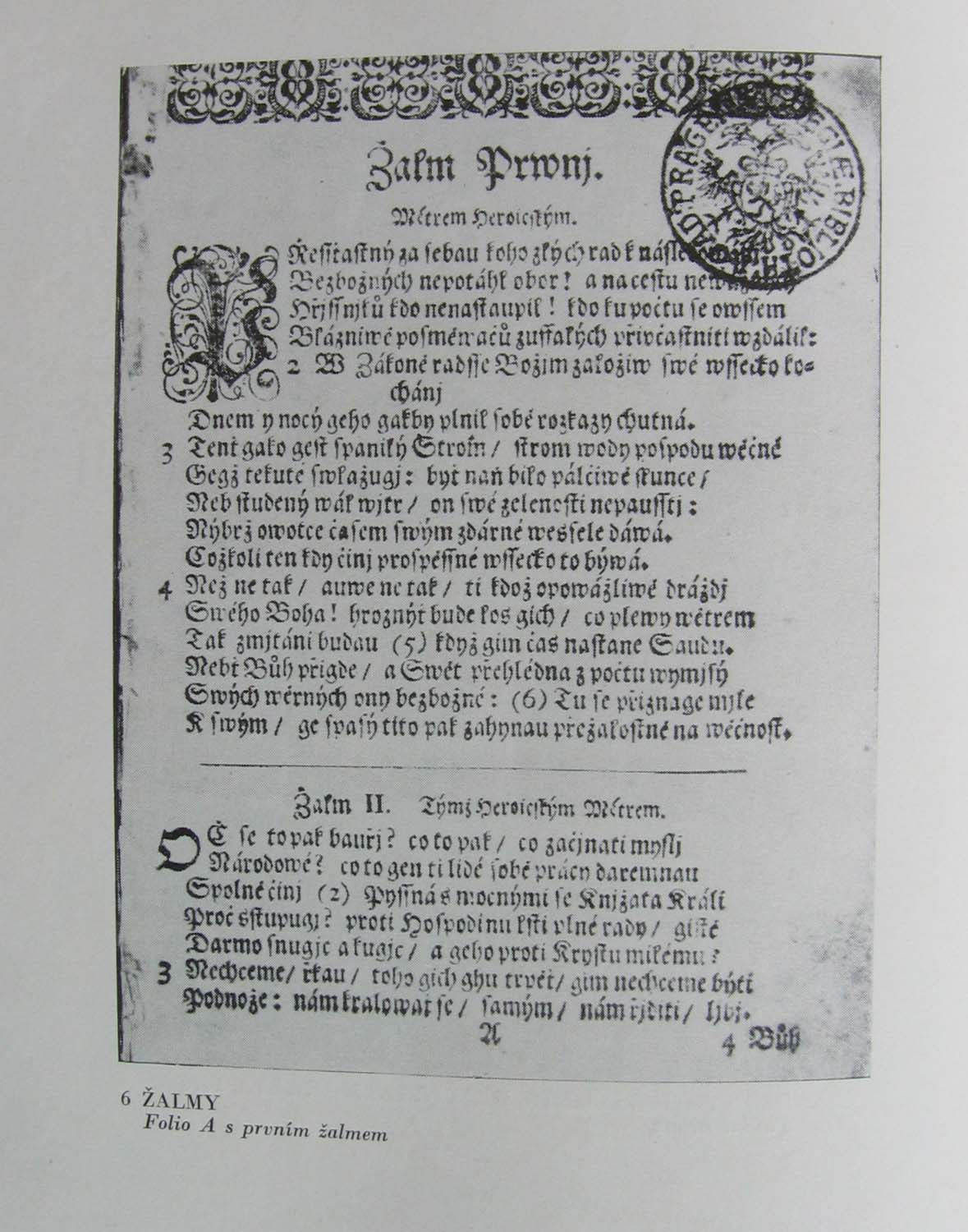