By the reverend and renowned Jan Amos Komenský, the Herald of Pansophy, in which the need for, possibilities of and use of this admirable and in truth incomparable work are solidly, perspicaciously and elegantly  demonstrated

1657 Amsterdam, Opera didactica omnia I, under the title Pansophiae praeludium

This pansophical treatise sets out the programme, fundamentals and aims of universal wisdom. Samuel Hartlib, a German settled in London and interested in activities for the improvement of human society, learned that Comenius intended to write a work in the field of the cognition of universal wisdom (pansophy). In a letter, he asked Comenius for further details; the latter responded with a discourse on the need for pansophic books. Hartlib was so enthused by this that he published it, without Comenius’ knowledge, under the title Conatuum Comenianorum praeludia (The Prelude to Comenius’ Plan). The astonished Comenius received not the expected letter in reply, but a printed example of his work, and soon after the requested assessments of scholars in the country. He was pleased by the laudatory recognition of his resolution, but critical voices too were to be heard.

In 1639 a second edition of the treatise appeared in London under the title Pansophiae prodromus (the Herald of Pansophy), this time with Comenius` knowledge. Even during the composition of the Gate of Tongues (the Janua linguarum) and the Didactics, the understanding of the thing together with the word concerned Comenius. Spurred on by the success of the Gate of Tongues, he devoted himself to an endeavour which he presumed to be more important to the future of the world – the compilation of a work that would offer people, and in particular young people, a knowledge of things and their harmonious ordering. Such an aim also provides the content of this work. Comenius judges that for humanity it would be extremely beneficial to have a general pansophical book, which would set out those things necessary for life, but in such a way that everything would be understandable, and correctly perceived in whole, in its component parts and in mutual relation. It is important that in doing so, the correct method is used, whereby things might be illuminated. 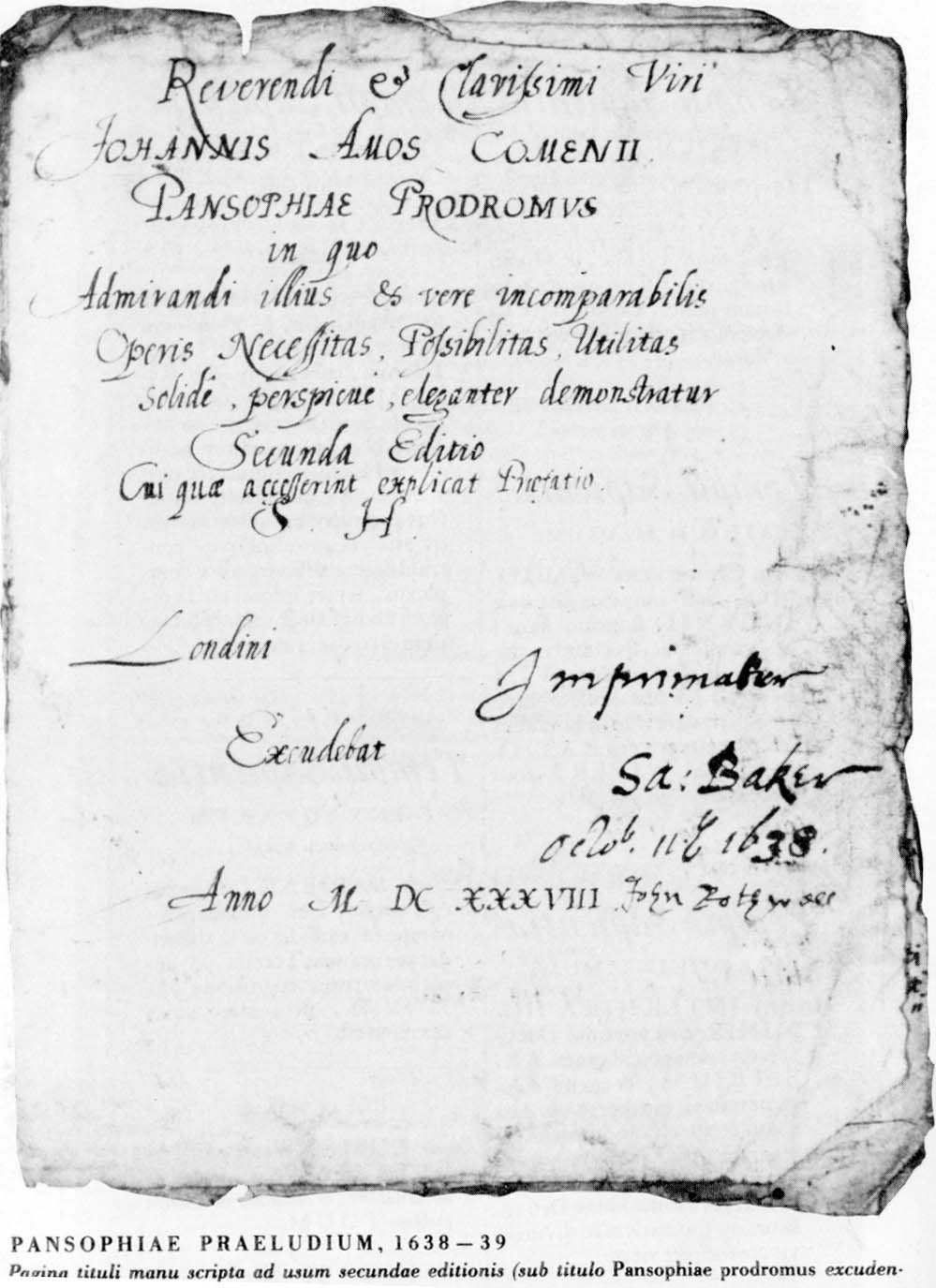