Czech Republic. Town on the river Bečva, south-east of Olomouc.

Originally a Slavic enclosure, dating to the 11th century, situated on the Amber Route, Přerov developed successfully thanks to its location, but was almost totally destroyed by a Tatar assault in 1241. With the assistance and care of Přemysl Otakar II it was re-established, and in 1256 became a town. It was captured during the Hussite Wars, and for a short time assumed the functions of a Hussite base. At the end of the 15th century it passed into the ownership of the Pernštejn family, who supported the town’s economic development through a system of concessions and privileges. Craft development concentrated in the area beneath the walls of Přerov castle, offering opportunities for trade. The property of the town grew to such an extent that it would subsequently have been able to purchase itself out of the ownership of the Pernštejns; nevertheless, the statute of a tributary town (which Přerov had become at the end of the 14th century, having previously been a royal borough) prevented it from being written into the provincial public records. In 1596 the Moravian Žerotín family came into possession of Přerov. Karel the Elder was particularly important in this regard, influencing the life of the large community of Brethren not only through his education, but also through his significant social and political standing. He intended that the Brethren school (founded in 1584) should attain the standard of that at Ivančice, to the extent that he attempted to ensure the favourable filling of teaching vacancies and supported the students. The later fate of the town was influenced by the Thirty Years’ War; in 1642 the town was occupied by the Swedes and razed, and a series of damaging fires and epidemics followed. Wartime events slowed the natural development of the town even during the 18th century, and it made a recovery only in the second half of the 19th century, when the railway came to Přerov and facilitated industrial growth.

In 1608 Comenius began his studies at the Brethren School in Přerov. His studies were influenced not only by Karel the Elder of Žerotín, but also bz the teachers Jan Lánecký and Tomáš Dubinus, who also had an impact on his choice of school for further education. On returning from Heidelberg in 1614, Comenius began his teaching career in Přerov, and his friendship with Karel the Elder was uninterrupted. In 1622 Comenius’ first wife Magdalena Vizovská and two children died in Přerov as a result of an outbreak of the plague, having previously fled here from the Spanish forces ransacking Fulnek.

Comenius’ person and works drew the lively attention of the Přerov teacher František Slaměník, who collected works by Comenius as early as during the 1860’s. He not only initiated the foundation of a museum (in 1888), but also nurtured relations with other Comeniologists abroad (the Comenius-Gesellschaft in Berlin). It was on the basis of his work that the valuable collection of Comeniana held by the Přerov Museum grew up, making this institution one of the most significant of its kind (curating Comenius’ signature on two letters, his marriage articles with Magdalena Vizovská and many original editions of his works). Its expert activity in the field of Comeniology concentrates on the teaching aspects of Comenius` legacy; its other collections relating to the history of Czech education (textbooks, teaching aids etc.) are also worthy of note. 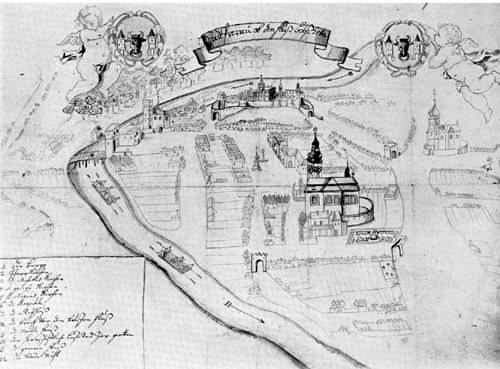