Precepts of conduct established for the young

Origin of the work:
1653 Sárospatak

In earlier times schools concerned themselves with the courteous and refined behaviour of pupils through the setting out of moral codes, drawn up either by themselves or copied from elsewhere. Such regulations were also created by Comenius for the students at the Sárospatak school. His Praecepta morum briefly considers first the behaviour of pupils generally, physical appearance, social bearing, care for the body, dress, gaits and manners of speaking, before moving on to behaviour throughout the day from morning to evening, in school, in personal relationships, in churches and during meals, entertainments and games. The majority of these instructions hold true today, although others are conditioned by the lower level of the social culture of them time, as for instance when considering blowing the nose and satisfying bodily needs, things which are now regarded as self-evident. 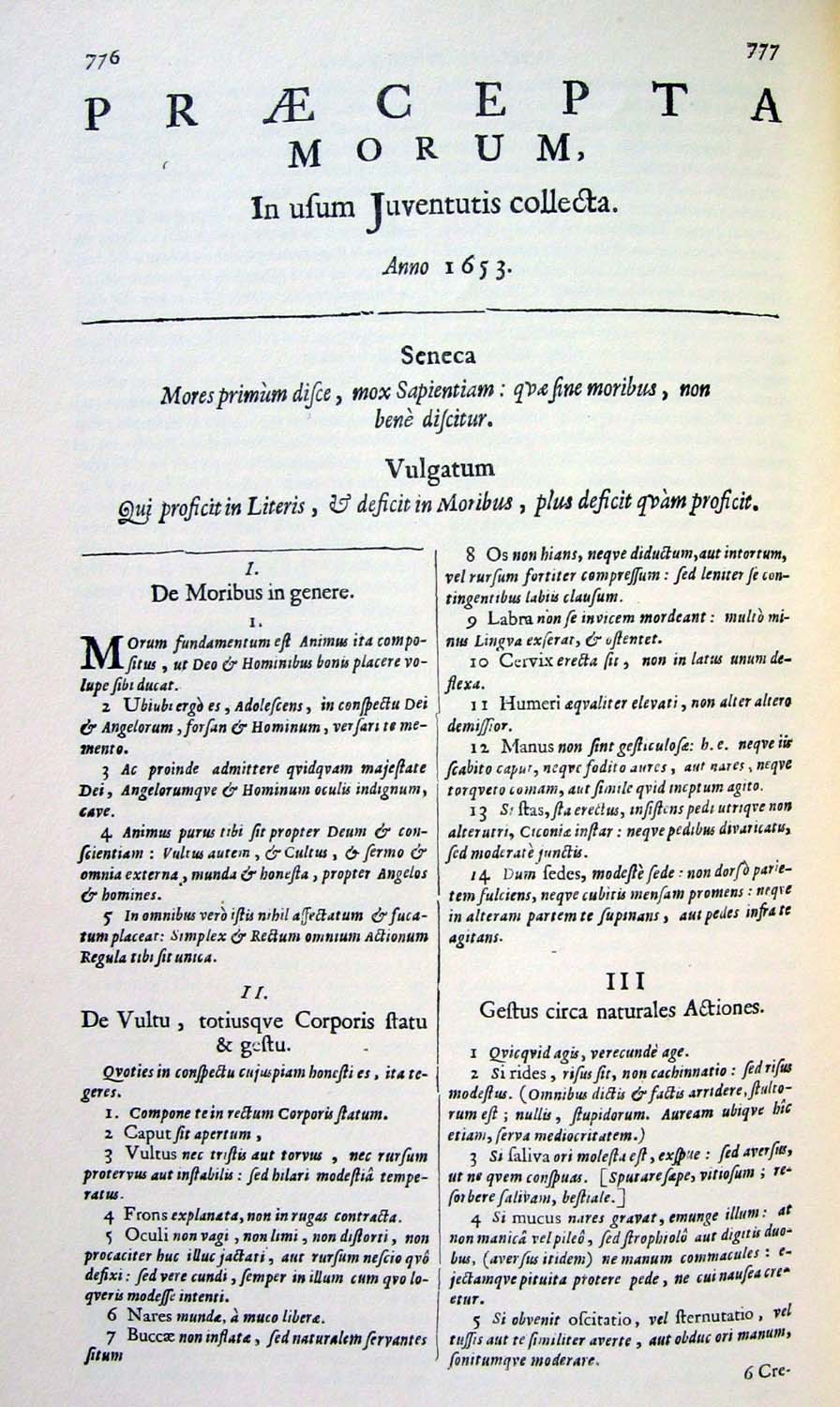