An overview of physics, how it should be reformed according to God’s light. Twenty-eight years after its first edition revised by the author himself and enriched with a more accurate explanation of the Mosaic standpoint

In this textbook, assembled through compilation, Comenius gathers his explanations on this subject, given in the first years of exile at the Leszno Gymnasium. The breadth of meaning of the term ‘physics’ was from Antiquity down to Comenius’own day greater than it is today; it was understood to encompass nature as a whole, and was accepted thus by Comenius as well.

The book is divided into 12 chapters dealing with the principles of the world (light, material, the soul), motion, the qualities of things and changes thereof, the elements (ether, air, water, earth), steam, the stars and the inanimate, plants, animals and Man. The last chapter is devoted to an explanation of angels, and an appendix deals with diseases of the body and the spirit.

The work is written in the spirit of Mosaic philosophy, which appeared in the mid-16th century and persisted until the end of the 17th century. It was later forgotten. It is marked by the linkage of intellectual and cognitive knowledge to revealed knowledge, as presented by Scripture, and in particular the First Book of Moses (hence the term ‘Mosaic’). Comenius was among the leading proponents of this philosophy. Its fundamentals were inconsistent with the results of the developing modern natural sciences, and with the opinions of the Cartesian-oriented thinkers. Comenius so assimilated new discoveries into his system that it lost its revolutionary nature. At the same time he clung to the old Aristotelian geocentrism (as modified by Tycho de Brahe). Despite this, his book is significant from the theoretical perspective. The sources of his natural philosophical notions were, alongside Aristotle, contemporary thinkers, in particular Tommaso Campanella, Francis Bacon and the teachings of the alchemists. 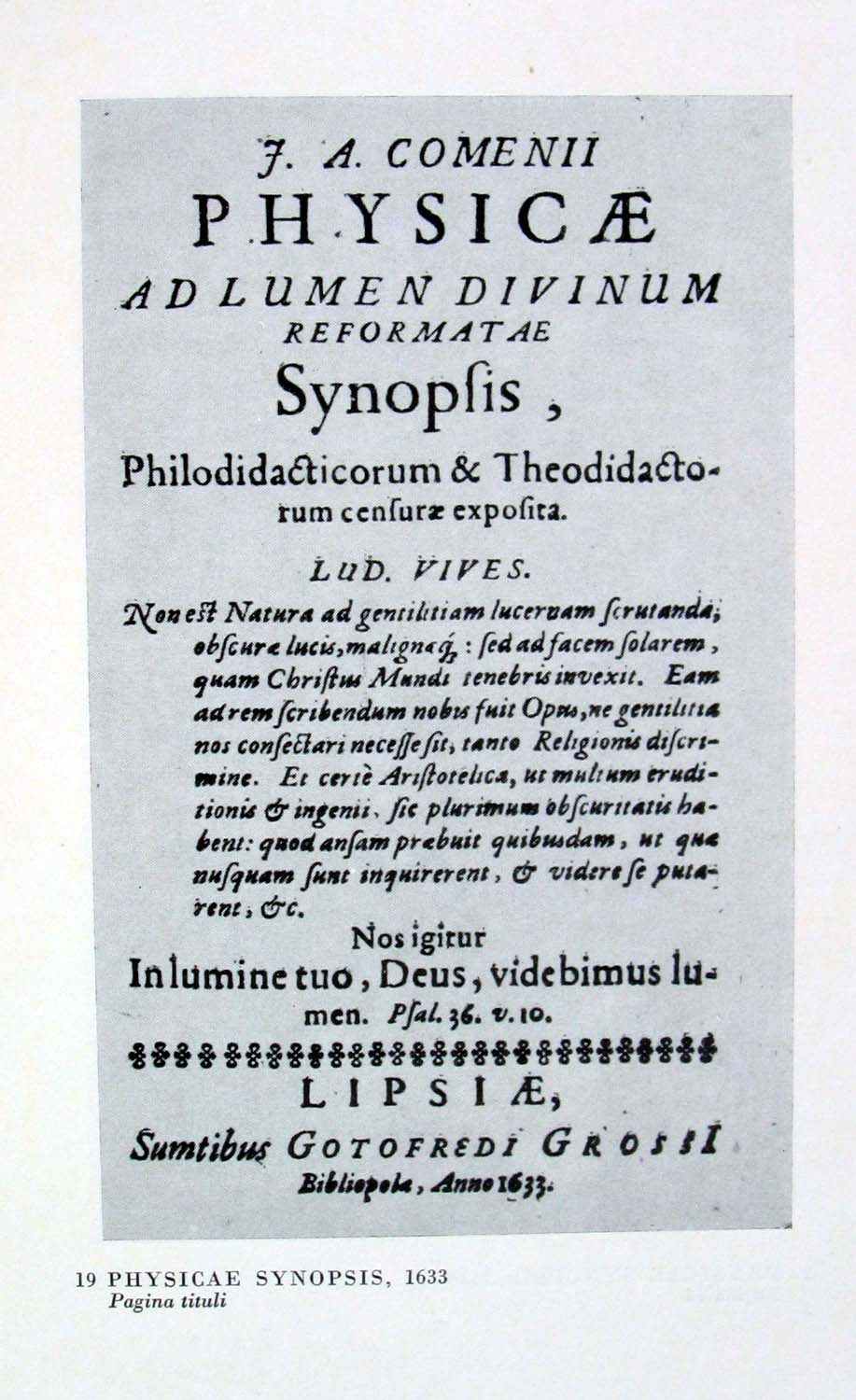