Comenius’ reply to criticism and three suggestions from friends regarding the Collected Didactic Works (ODO):

1. that an index be added

2. why the Schola ludus was not included

3. whether the publication of this work does not prevent such ideas on schooling as may be held by others.

1. Comenius acknowledges that, given the quantity of material, it would be just to add one;

3. What then is the intention regarding these concerns?

Comenius replies to these questions that he does not see the addition of an index as an improvement to the work, primarily because he has not the time to do what did not occur to him sooner. Secondly, he is now occupied with other pansophic (pansophy) matters, which promise greater order. Thirdly, he doubts that an index would be of greater benefit, while many studying his didactic works would better serve their education by working up their own summary of the author’s works.

If concerns are expressed as to the Schola ludus, the reasons lie in its emphasis on teaching pupils to converse, and bound up with this spread a knowledge of Latin and social comportment, education in the sciences and the arts, deliberation and wisdom. For this reason, Comenius decided on its publication in the third volume of his Collected Works.

As to the third query, on whether his proposals do not stand in the way of others of merit in terms of schooling, Comenius explains that he did not come to Amsterdam to bring discord to schools, but to clarify their purpose. As fourteen years previously, he is still just as glad to learn how to teach others. He does not wish to instruct the wise. In closing, he turns to the supervisors of local schools, and sends this to them for decision. Let he who is recognised as better receive preference. 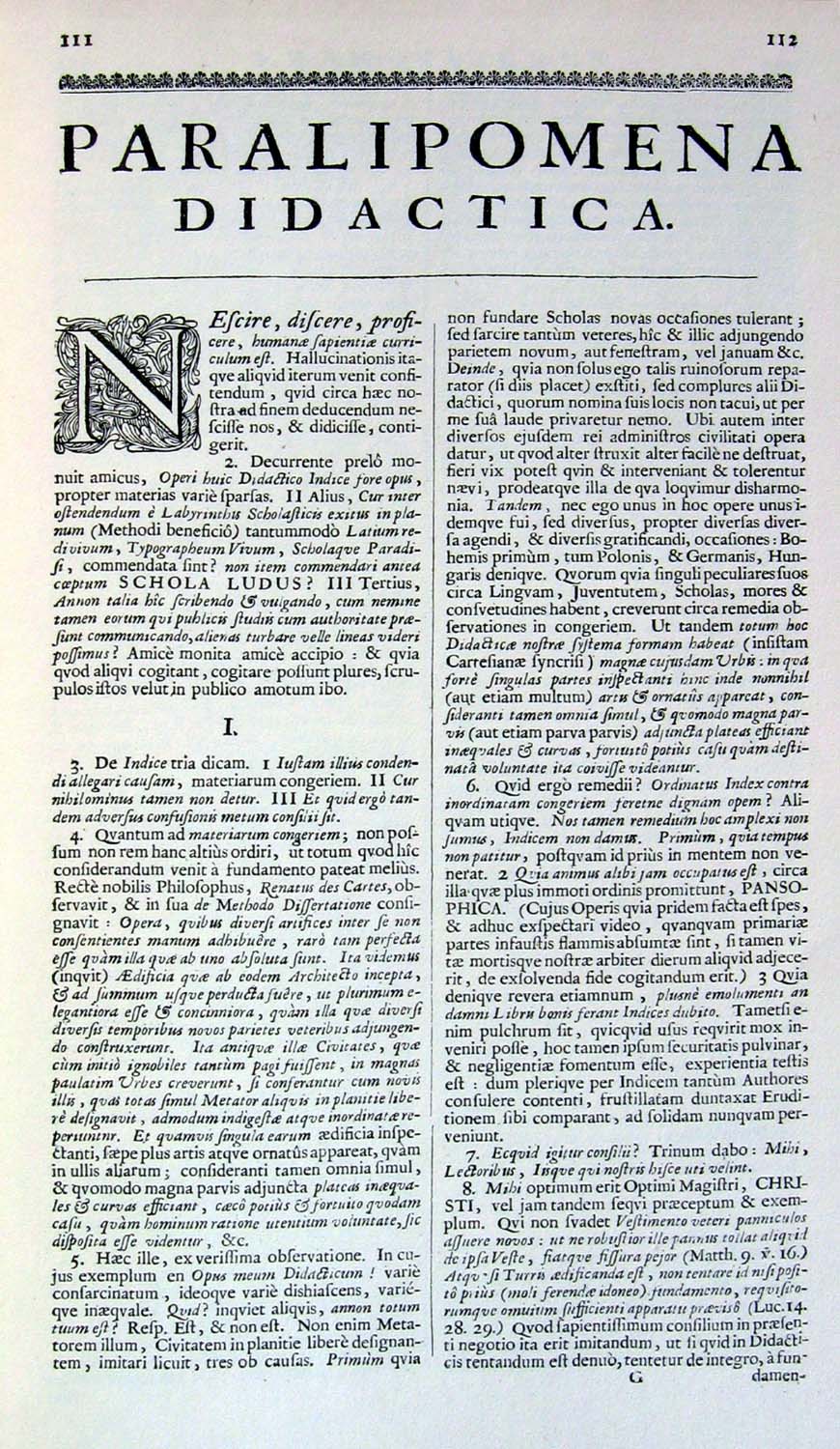