A panegyric on Charles Gustav, great King of the Swedes, the Goths and the Vandals, bloodless victor over the Sarmatians and liberator wherever he goes, Pius, Felix, Augustus: in solace to an afflicted hero, an exemplary king.

A political brochure, worked up at the request of the Polish adherents of the Swedish King Charles X Gustav, and composed as a manual for the good ruler.

The First Northern War (1655-1660) was begun by the Swedish Charles X Gustav, by reason of the claim of the Polish King John II Casimir Vasa (Casimir V) to the Swedish throne. One of Charles Gustav’s aims was to secure Sweden to the south by occupying the Polish Baltic coast. Jan Jiří Schlichting, magistrate of Všov and the representative of the Count of Leszno, Bohuslav Leszczynski, called on the seniors of the Unitas Fratrum in Leszno, Gertich and Comenius, to drawn up a salutatory address as an expression of allegiance to King Charles Gustav. He sets out what good fortune a change of government would be for Poland, when Lesser Poland and Lithuania have been subjugated, and when the Polish sejm (parliament) prepares to receive a new king whose martial exploits make him worthy of the esteem of evangelists, who have been preceded in this by the Catholic party.

Other points in play were the jealousy directed at the heterodox inflamed by the Polish Jesuits, and the fact that Charles Gustav was held to the chief of the European Protestant powers, and from Poland could penetrate into the Czech Lands and liberate them.

Comenius’Panegyric is an example of a typical Humanist handbook on the position and obligations of a ruler. The enthusiasm that Comenius had previously expressed for the “Eagle of the North”, Gustav II Adolph, was transferred to Charles Gustav. God grant that he remain as he is: cautious, industrious, magnanimous, kindly, just, loving of freedom and peace, devout. Let him establish a general peace first in Poland, whose liberator he is becoming, and grant all states as well as burghers and peasants, the appropriate rights, dividing offices according to merit and never for riches or favour, as was previously the custom in Poland. Later he will bring peace to more distant lands, even to the pagans, and as a hero awakened by God will liberate the cruelly persecuted Church, leading it to the Promised Land.

Even before Comenius’effort, the Polish canon Samuel Twardowski had composed a tribute in verse to the Swedish king, but while this vanished having met little favour, Comenius’text achieved considerable currency. When the Swedes, in response to resistance by some of the Poles, began pillaging, a nationwide resistance to them was provoked. The fanaticised Polish people, led by the nobility, sacked Leszno and wreaked havoc upon it. Even Comenius’contemporaries drew far-reaching conclusions from the writing and dissemination of the Panegyric: they, in particular the evangelicals, saw within it, not entirely accurately, one of the causes of the destruction of the Polish centre of the Unitas Fratrum at Leszno. Such conclusions are worthy of objective analysis. 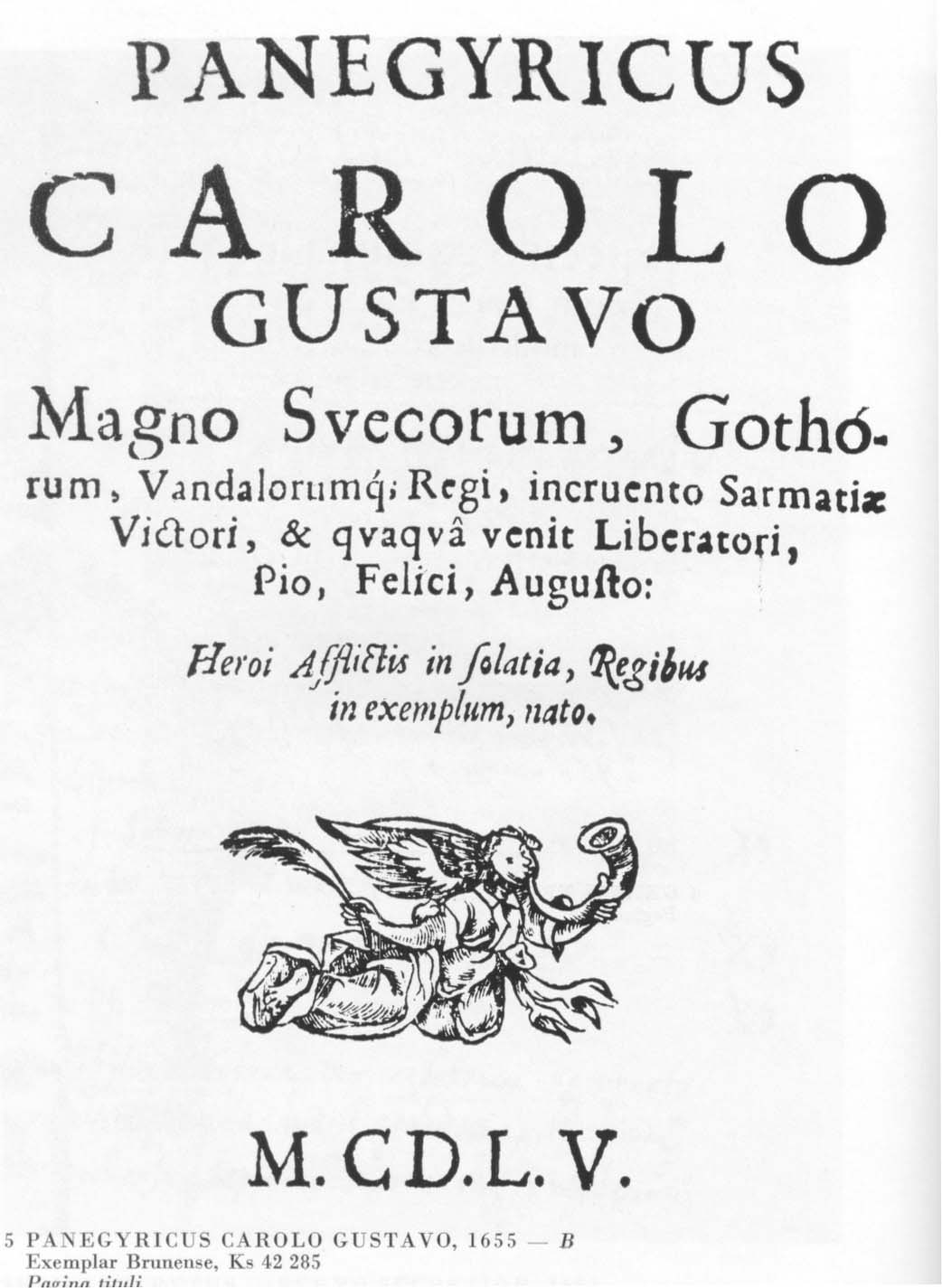