The sun rises and the sun sets

Origin of the work: 1652 Sárospatak

In 1650 Comenius came to Sárospatak at the invitation of Sigismund Rákoczi, Prince of Transylvania, where he was at the latter’s wish to build a school according to his pansophic plans. Comenius was also drawn to the project for political reasons: he hoped that Prince Sigismund, who was one of the chief supporters of Protestantism and thereby also of the Czech emigration, would rise up against the Habsburgs and break their power. These hopes were, however, dashed when on February 4th 1652 Prince Sigismund died of smallpox. His friends and the teachers and pupils of the Sárospatak school composed funeral poems in his honour, which were published some two months later in a small volume entitled Musae Patakinae (The Muses of Sárospatak). Comenius contributed this Latin epicedium (funeral ode), in which he bemoans the death of Prince Sigismund, propagator of culture and progress throughout the whole of Hungary, whom he likens to a sun dimmed by the will of God. 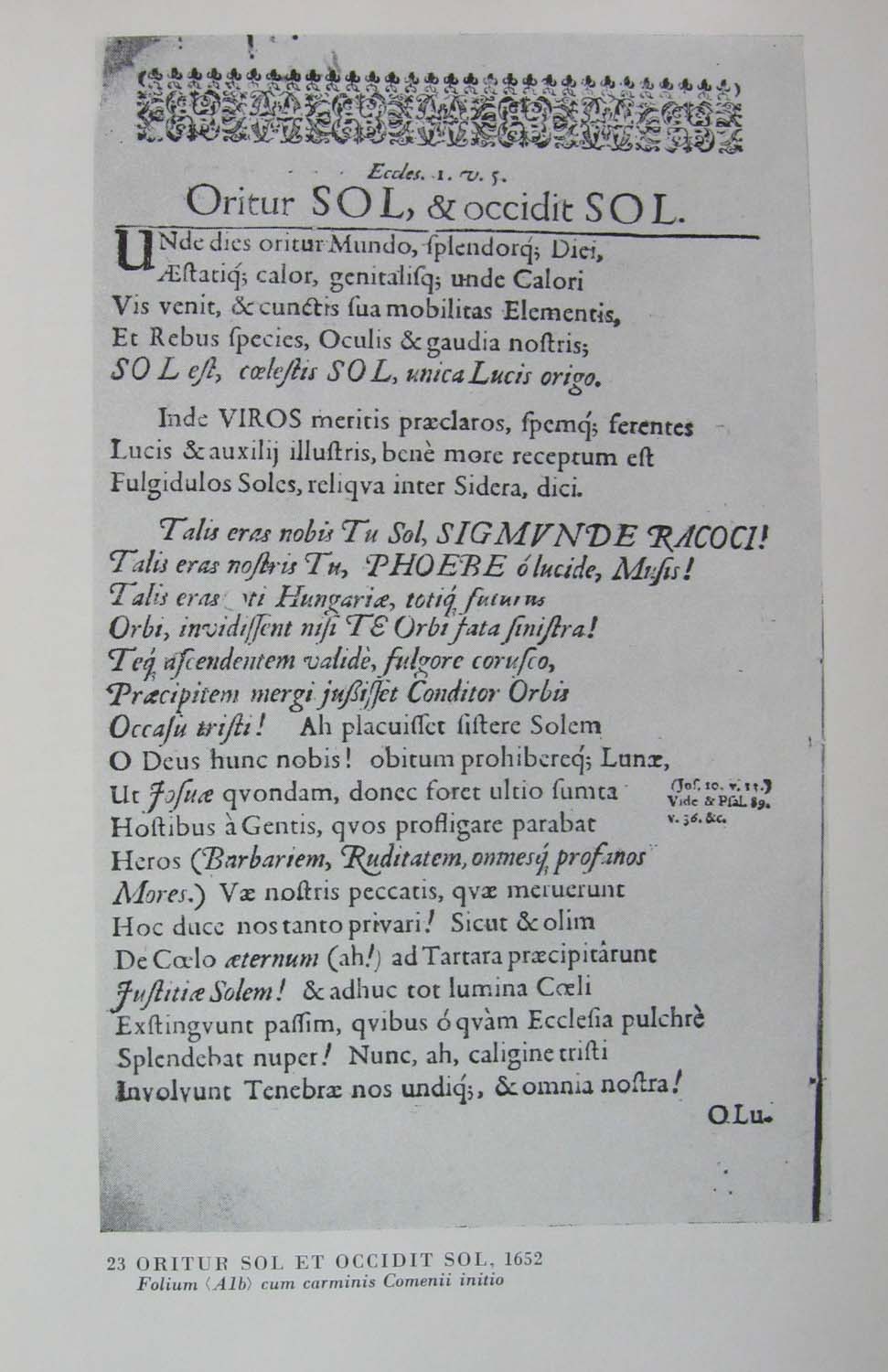