Adagiorum Bohemicorum farrago. Provisional title: The wisdom of the old Czechs, in a mirror set up by their descendents.

A collection of Czech proverbs.

Origin of the work:
Begun at the end of the 1620s, and added to over time

Editions:
1849 Prague, published by V. V. Tomek (together with the Didaktika etc.)

A collection of Czech proverbs and adages begun by Comenius around 1620. A selection of more than 2000 sayings and maxims has survived, classified by Comenius from the linguistic and thematic points of view. These sayings initially interested him as a rich source of linguistic material, but he gradually became engrossed by their content too; they reveal time-honoured experience of the world, Mankind, nature and society. The collection as a whole was never finished or completed; the manuscript was discovered by Jan Evangelista Purkyně in Wrocław in 1848. 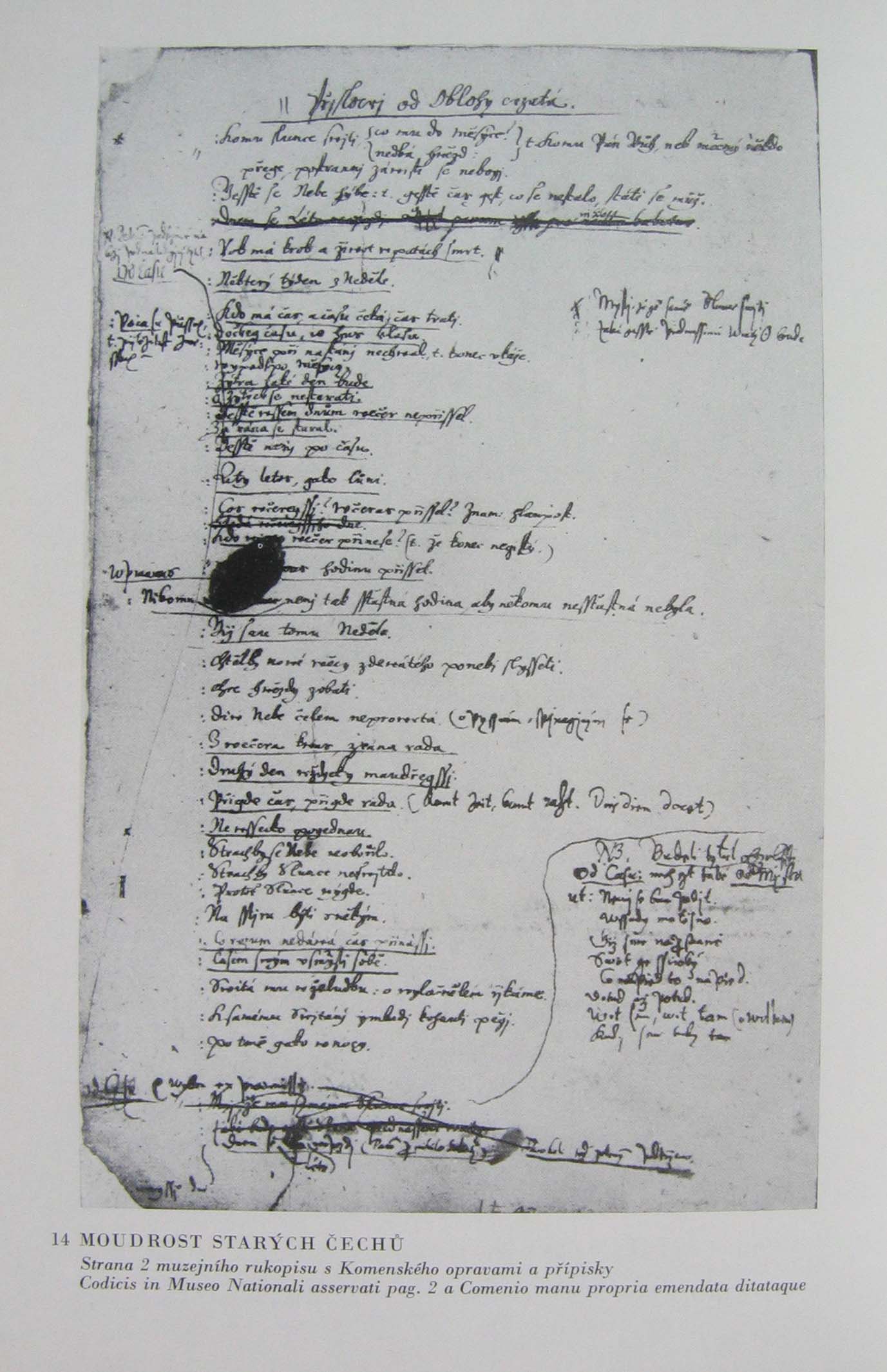 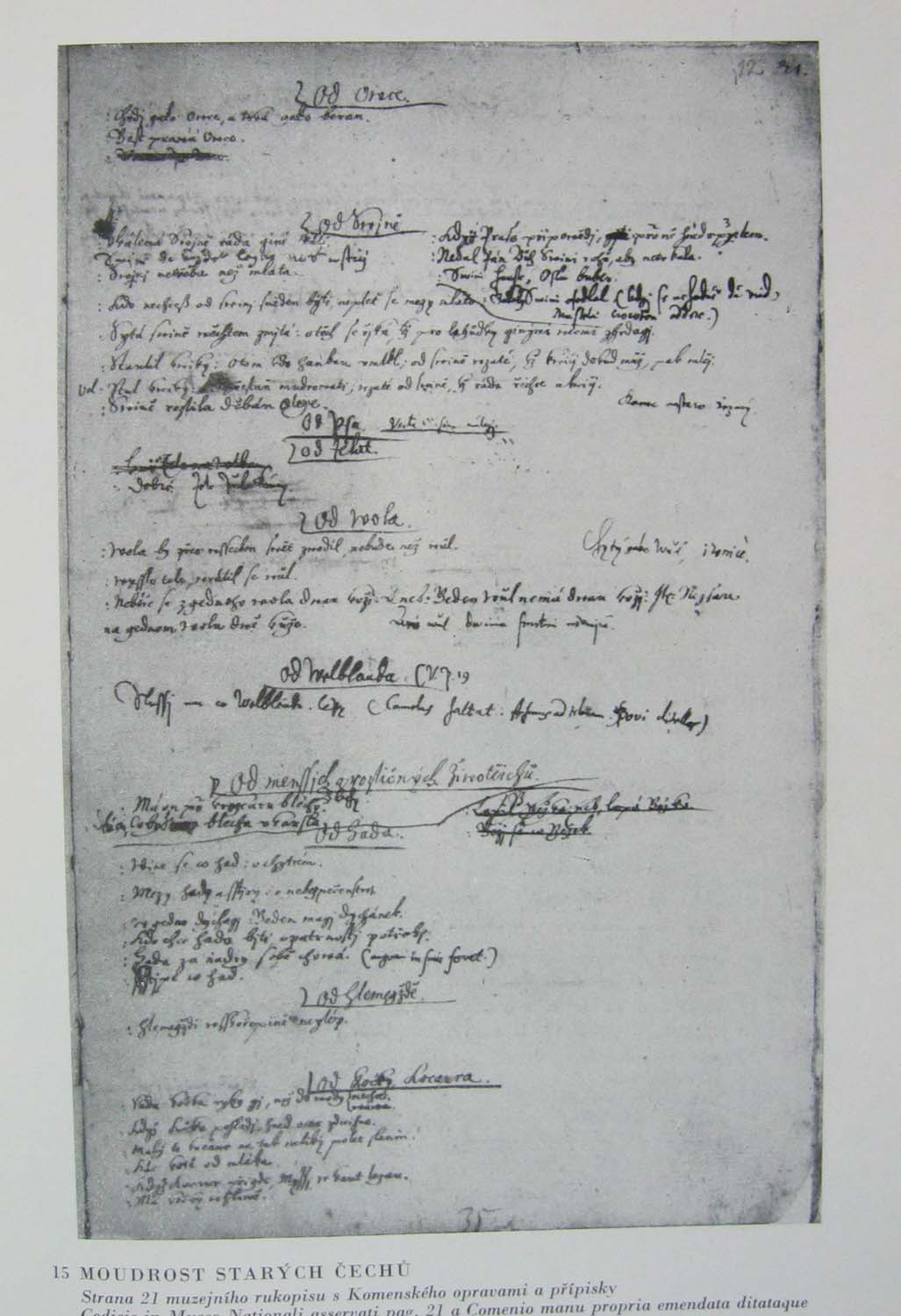