Eastern part of the Czech Republic

Settled by the Slavs from the 6th century, and in the 9th-10th centuries part of the proto-state known as the Great Moravian Empire, Moravia became a permanent part of the Czech state in 1029, when it was partitioned into three appanage principalities. In 1182 these principalities were merged into a margravate, and became a direct Imperial fief. Moravia became a peripheral part of the Kingdom of Bohemia. In 1749 this relationship was disrupted by Habsburg centralisation. From 1918 Moravia was legally a province, and from 1927 was merged with Czech Silesia into the “Moravskoslezsko” (Moravia/Silesia).

Comenius wrote of himself that he was a Moravian by birth, and a Czech by language. 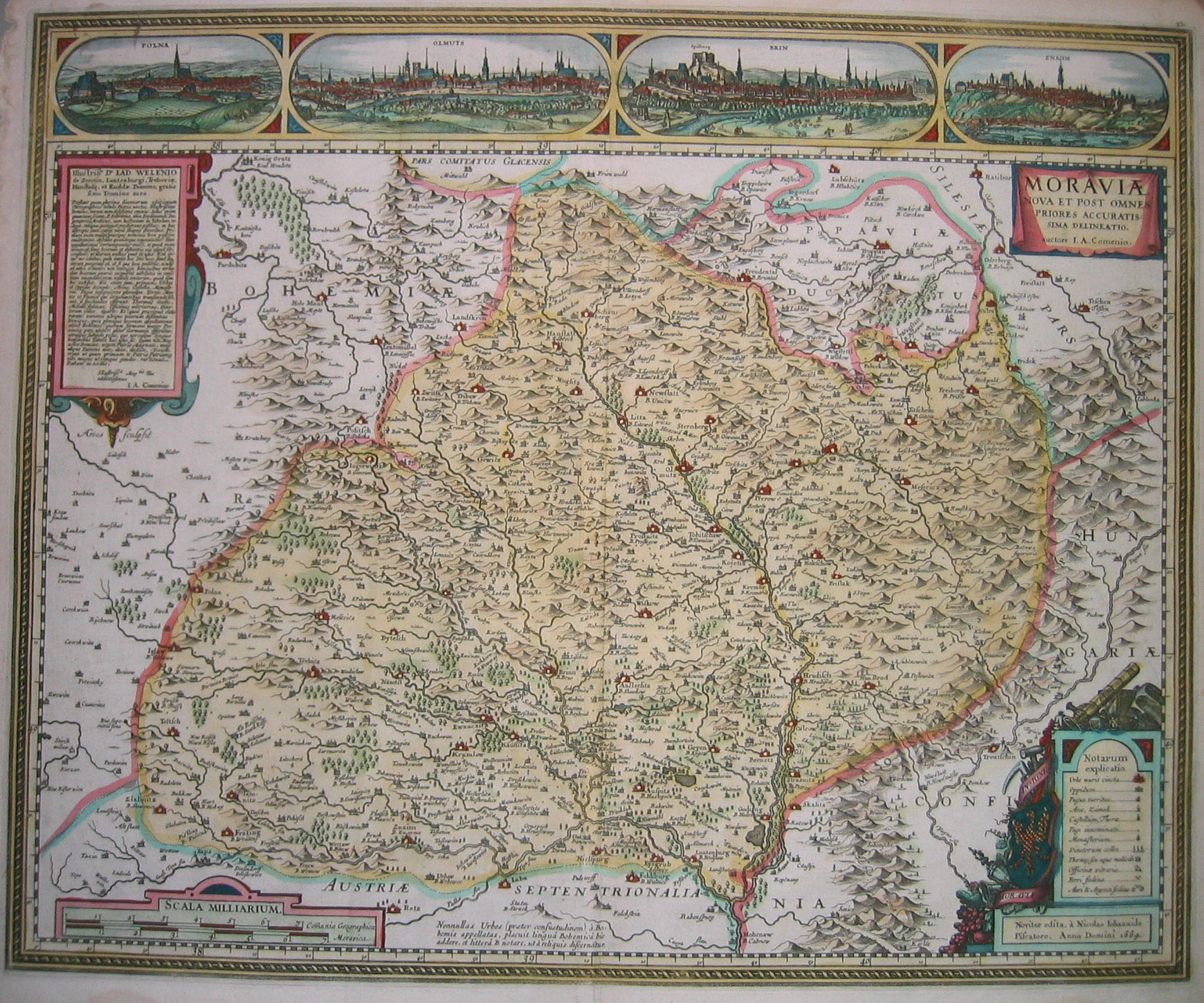