Light in the darkness, that is, the Gift of prophecy, by which God, pleased to ornament and paternally grace the evangelical Church (in the Kingdom of Bohemia and its incorporated provinces) in the time of its terrible persecution and greatest dissipation, offered through the media of Kryštof Kotter of Silesia, Kristina Poniatowská of Bohemia and Mikuláš Drabík of Moravia truly divine revelations of the contemporary and soon to pass state of the Church on Earth, which continued from the year 1616 to the year 1656. These are now, to the glory of God, for the solace of the afflicted and for the salvation of the learned among the other faithful translated from the vernacular into the Latin language, and come into the light at the command of the prophecies themselves. In the year liberation begins, 1657.

This is a collection of three sets of prophecies – those of K. Kotter, K. Poniatowská and M. Drabík, to which Comenius ascribed an emancipatory political importance. Comenius was convinced of the action of divine revelation not only in the Old Testament time of prophets and in the New Testament time of Christ and the Apostles, but also in its being possible in later eras. God reveals His will through chosen individuals. It seemed that the prediction of Comenius’ chosen prophets, named above, that the North would join with the East to bring about the end of the Papacy and the House of Habsburg was coming to pass. There would be Protestant powers in particular – Sweden, the Palatinate of the Rhine and the Transylvanian Rákóczi family.

Indeed, in 1655 the Swedes fell upon Poland, a campaign in which Transylvania joined, initially harvesting success. Joyfully encouraged by this, yet after a long period of hesitation, Comenius published this collection in 1657 as a report on the revelations of the three visionaries, whose manuscripts he had had translated into Latin since 1651. He hoped in this way, and with the assistance of his correspondents, friends and print, to win over politically influential figures to the struggle against the Habsburgs. The campaign in Poland, however, ended in failure. Although a significant part of the revelations of the three prophets could not be shown to be accurate, and although they caused Comenius himself much inconvenience, he himself believed in them, supported them and fervently disseminated them until his death. See also the entries for the Lux e tenebris and the Historia revelationum. 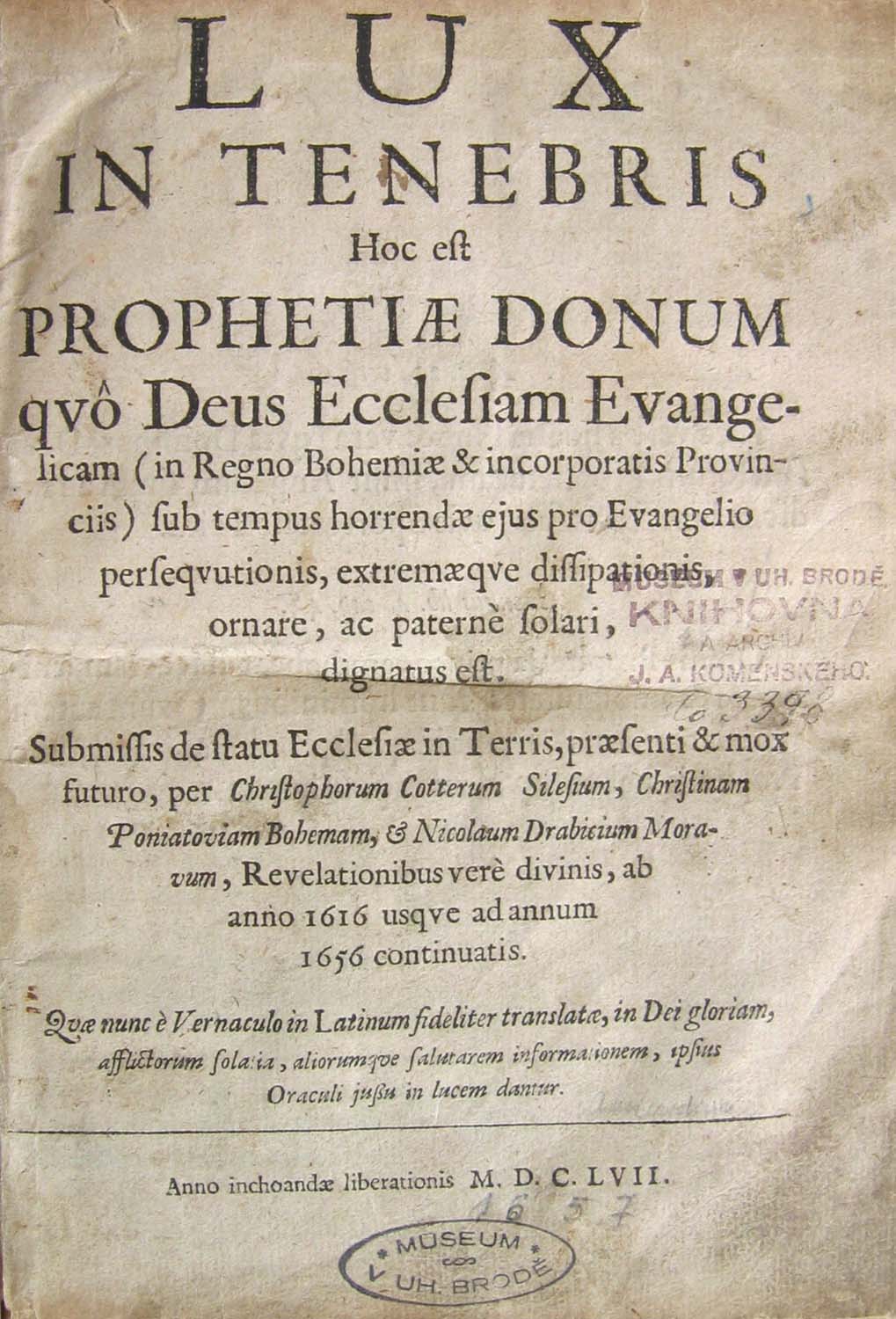