Light from darkness extended new rays, or, the Most celebrated Divine revelations received for the benefit of our times. Which 1. begins with a plaintive lament for the extreme corruption of the Christian peoples, II. warns of the terrifying blows of God against those who reject repentance, III. and explains how ultimately God (having obliterated the pseudo-Christians, Jews, Turks, pagans and all the nations of Babylon under heaven) shall found a new, truly catholic Church, burning with the light of God’s gifts, and how this will stand until the end of ages. Through visions sent and angelic and Divine utterances revealed to I. the Silesian Kryštof Kotter from the year 1616 to 1624; II. the Czech Kristýna Poniatovská in the years 1627, 1628, 1629; III. the Moravian Mikuláš Drabík from the year 1638 to 1664. With the permission of the King of Kings and under the protection of all the Kings of the Earth, let them be ever printed anew everywhere in the world, if they are not known to all the nations and tongues under heaven. 1665

Origin of the work:
1665 Amsterdam

This is a new, expanded and revised edition of the prophecies of the Lux in tenebris.

In the dedication to this work, the author exhorts Emperor Leopold to repentance, Pope Alexander VII to atonement, secular rulers to care for their people and King Louis XIV of France to the international reconciliation of all religious and political disputes through the calling of a universal council. The author’s defence of his decision to publish the book follows. It is not to serve in the struggle against the Roman Catholic Church, but rather as a depiction of its conduct in connection with the growth in Papal power that occurred around 1600 under Pope Boniface III. It sets out the disturbances that followed, and the origins of Christian sects. The Popes declared of themselves that they are without sin, and assumed the right of unlawful conduct and rule over the whole world.

On the basis of the prophecies presented, the author calls on rulers to halt wars and persecutions, that they might hold back the exercise of Papal power, in both ways promoting the worship of God and encouraging the nations to moral improvement. A universal council will be necessary to this end. In the address to theologians, Comenius desires that they will dispense with their prejudices: that there is only one Church in which salvation is to be found, that the confusion of the world will be set right by Christ for eternity and that there are no new prophets.

All three of those prophets with whom the book deals have a special section dealing with their prognostications. The lengthiest part of the tract is that devoted to the visions of Mikuláš Drabík. See also the entries for the Lux in tenebris and the Historia Revelationum. 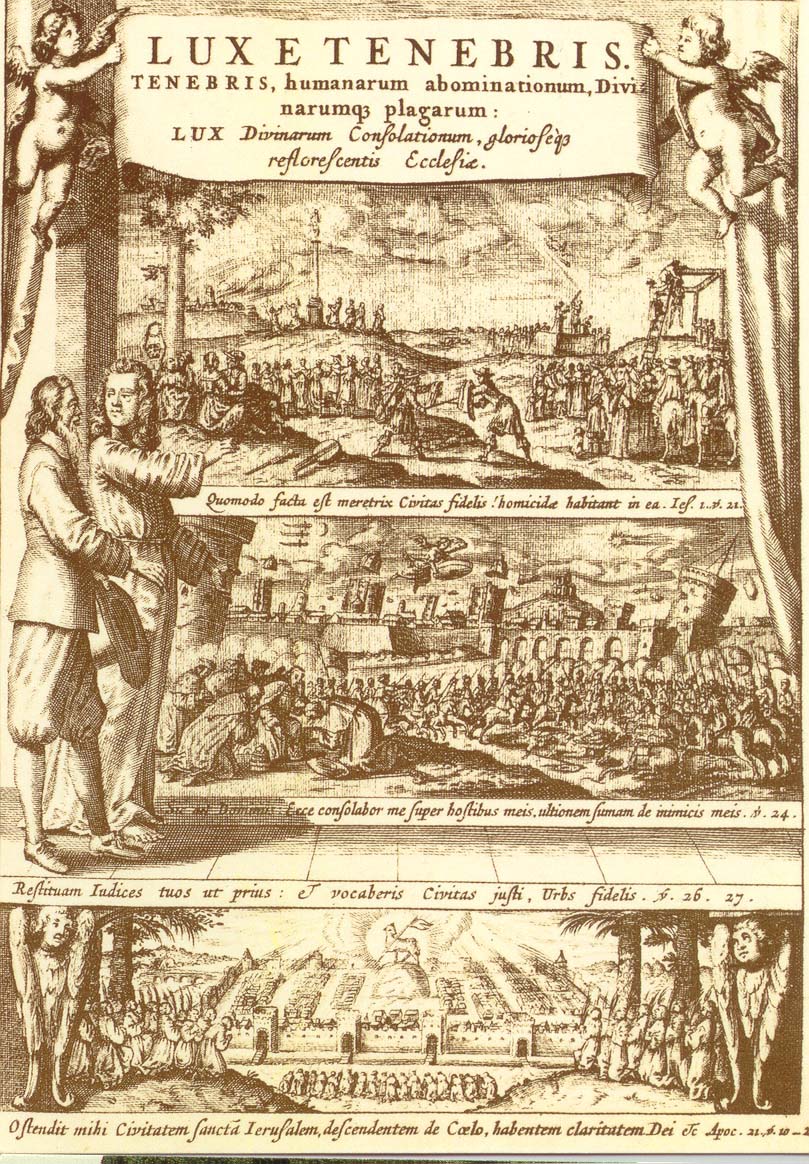