Born into the family of the Baron Hamal, styled from 1300 onwards De Geer. His family converted to the Walloon Reformed Church, and in consequence emigrated from Lüttich (Liege) to Dordrecht and abandoned the nobility. Louis built up a Swedish (copper) mining concern, and prospered in the business of arms manufacture (supplying not only the Dutch and Swedish armies, but also the forces of the Bohemian Estates in 1619), and owned the Finspong estate not far from Norrköping in Sweden. In 1641 he was raised to the Swedish nobility. For many years he provided subsistence support to Comenius and the Bohemian exiles, but preferred practical teaching and educational projects to pansophy. Comenius referred to him as the Grand Almoner of Europe. His family had their seat in Amsterdam. 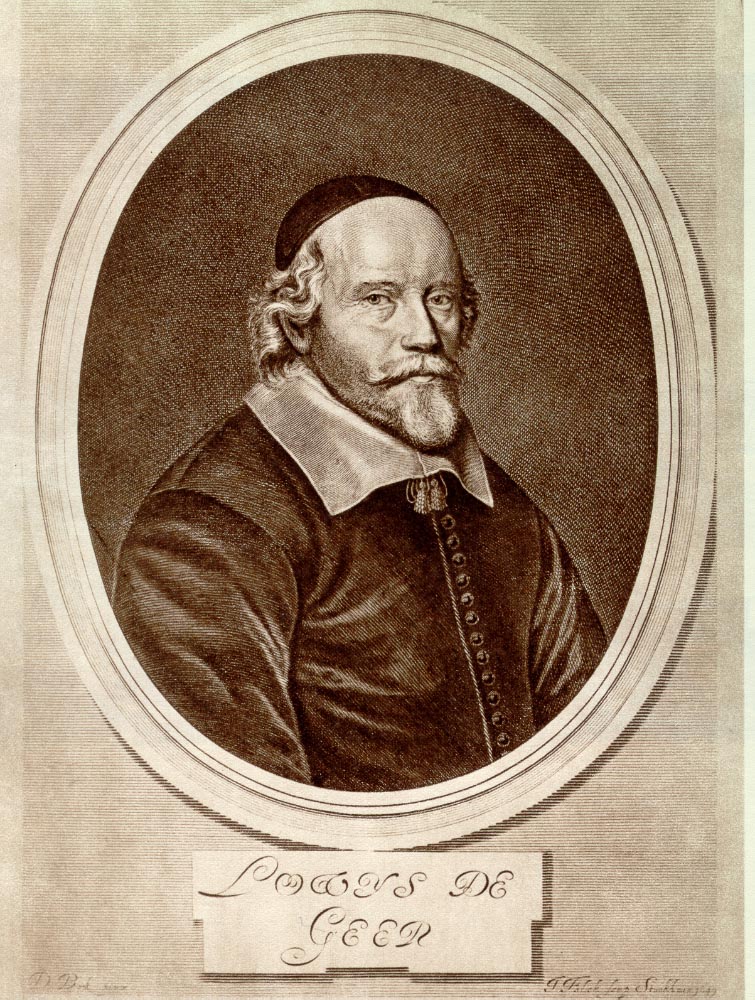