Poland. Town in the Voivodeship of Poznań.

The territory of Leszno was apparently settled early, but evidence for such settlement only comes from as late as the 16th century. An interesting legend relates the founding of the town: the Polish ruler Mieczysław Piast gave a village and manor to the men of the retinue of his wife, the Bohemian Princess Doubravka. Filip Prszten of the Pernštejn family supposedly became the first Leszczyńsky. The community developed in the 16th century, at which time is was raised to become a town (1547) and was settled by exiled Brethren from Bohemia (1548). Some 800 people came in the first wave of exiles. Trade and the crafts began to develop in the town to a greater extent. The Unitas Fratrum also brought with it its more intensive spiritual life, and influenced the formation of a new moral culture.

Another group of some 1000 Bohemian and Moravian exiled Brethren arrived in January 1628, at the decision of the Brethren’s Synod and as Comenius had agreed during his first visit to Leszno in 1625. Comenius himself became a teacher and later the rector of the Leszno Gymnasium (founded in 1624), which was originally intended for the offspring of the Polish nobility. Rafael Leszczyńsky supported the school financially, and ensured that the teachers working there were well established. His successors continued in this care until the mid-17th century. Comenius was resident in Leszno on three occasions, from 1628 to 1640, again from 1648 to 1650 and finally from 1654 to 1656. The latter period ended in catastrophe: during the First Northern War Leszno was captured by the Polish Catholics and razed. In his flight from the flames, Comenius managed to save only some of his manuscripts: the majority of his property, and in particular his library, was lost. The fair copy of the General Advice on the Improvement of Human Affairs (the Consultatio), the ‘Treasury of the Czech Language’ (the Thesaurus) and other manuscripts were destroyed. There is a Comenius Museum in Leszno that contributes to the organisation of familiarisation with and promotion of Comenius` works in modern Poland. 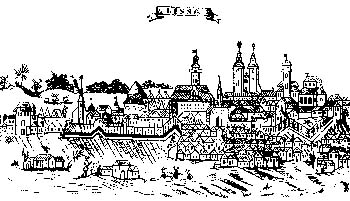