Regulations for a well-ordered school

Origin of the work:
1653 Sárospatak

In addition to the brief school rules of the Praecepta morum, Comenius also compiled this more extensive and more precise set of regulations for the seven-year school at Sárospatak, within which he considers every aspect of school life in detail, for each designating fixed norms. The work is divided into three parts, dealing 1. with the affairs that should take place, 2. with persons arranging them, and 3. with the discipline that link the two.

In the section on affairs Comenius indicates the noble aim of the school, i.e. to educate and bring up correct people, with wisdom in thought, linguistic eloquence, skill in work, polished behaviour and piety. He gives instructions on how classrooms should be equipped, the division of work through the academic year, books, methods, examinations, school theatre, breaks, moral upbringing and introduction to faith.

In the section on persons Comenius speaks of the general social relationships at the school, of the relationship of parents and guardians to the school, of the relations between and among pupils and teachers, of the duties of the ‘decurions’ (pupils’ supervisors) and famuli (pupils’ servants), of order in the college, of the Sárospatak alumnate (an institution providing support for poor students), of the role of private tutors, and of the properties and duties of teachers, the director and the scholarch (school administrators).

The subject of the third section is school discipline and the means by which it may be maintained.

According to Comenius’ records, these rules were ultimately not accepted, because a complete seven-year school such as he envisaged was not created at Sárospatak; only the three classes of the lower stage were opened. Comenius later included this treatise in the collection of the Opera didactica omnia (ODO) on the basis that it could still perform its intended function if in future the Sárospatak school were to expand, or could be employed by others. 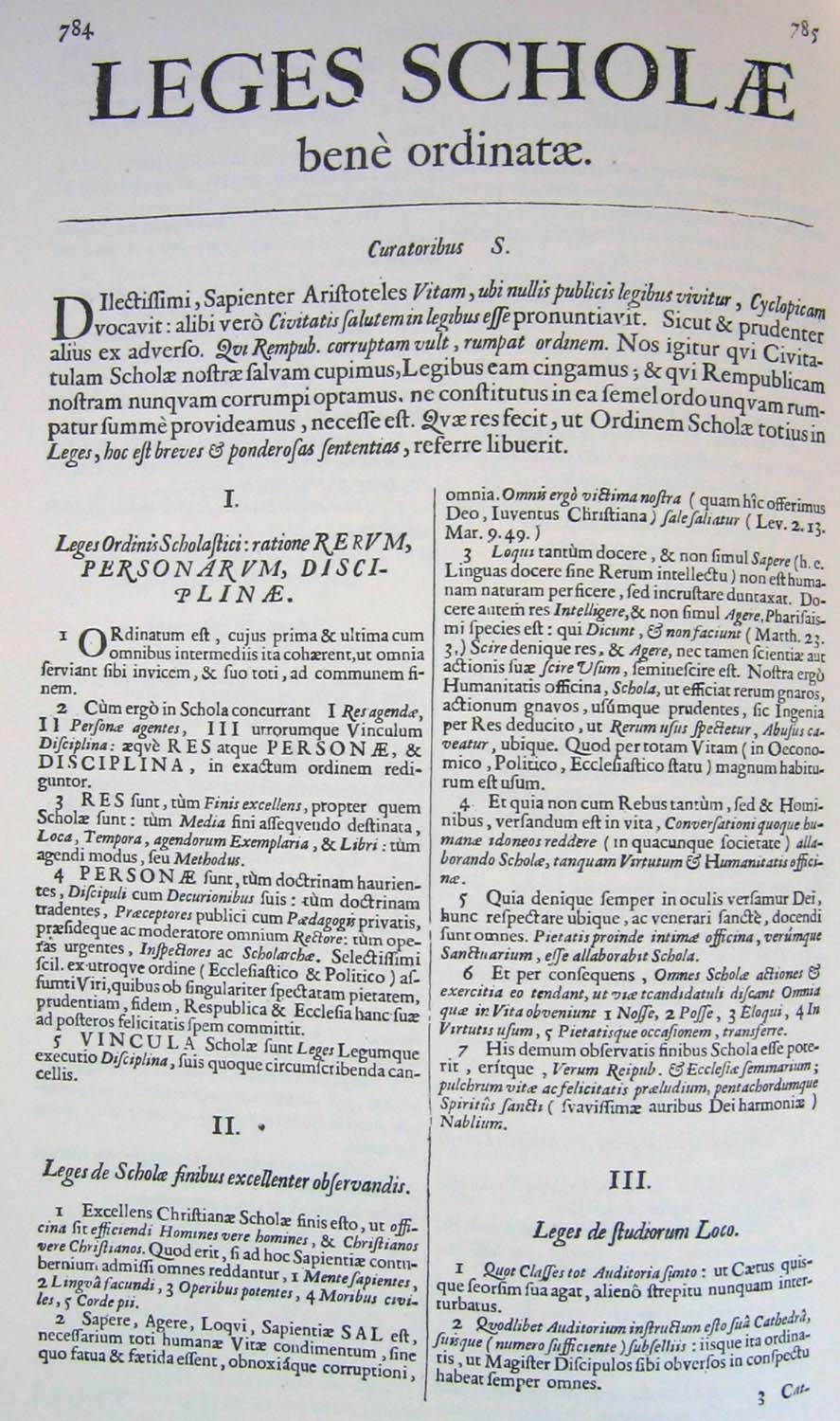