Latium re-born, that is, On the means by which a Latin-style college might be arranged, in the form of a new, small Roman community, where it would be possible to teach the use of the Latin language and a permanent relationship to it, as in the past but better than previously

Origin of the work:
1656 Amsterdam

A dissertation on the organisation of a kind of boarding school outside the bustle of life, where Latin would be the only medium of communication.

In this work, Comenius had in mind the notion of the perfect command of the Latin language. This would be attained by the foundation of a completely Latin school somewhere in seclusion, where the pupils would be at peace and undisturbed by the sounds of the town, and where learning would come through the sole use of Latin as the teaching and taught language of teachers and students. The school should be equipped with a good library, offering an overview of the way of life in ancient Rome and of the most diverse areas of human endeavour. A college for the accommodation of the students should also be erected by the school. The students will occupy themselves in theatrical performances, walks, music, the preparation of food, the presentation of important figures in Roman cultural life etc., all with endless conversation in the Latin tongue. The building and operation of such a school will be very expensive, and it will need to be arranged under the patronage of a king, prince or state and with contributions from the citizenry. Such an institution could have been created in Hungary, had its sun (i.e. Prince Sigismund Rákóczi) not set. The area around Amsterdam would now be suitable for the putting into effect of an aim this grand. 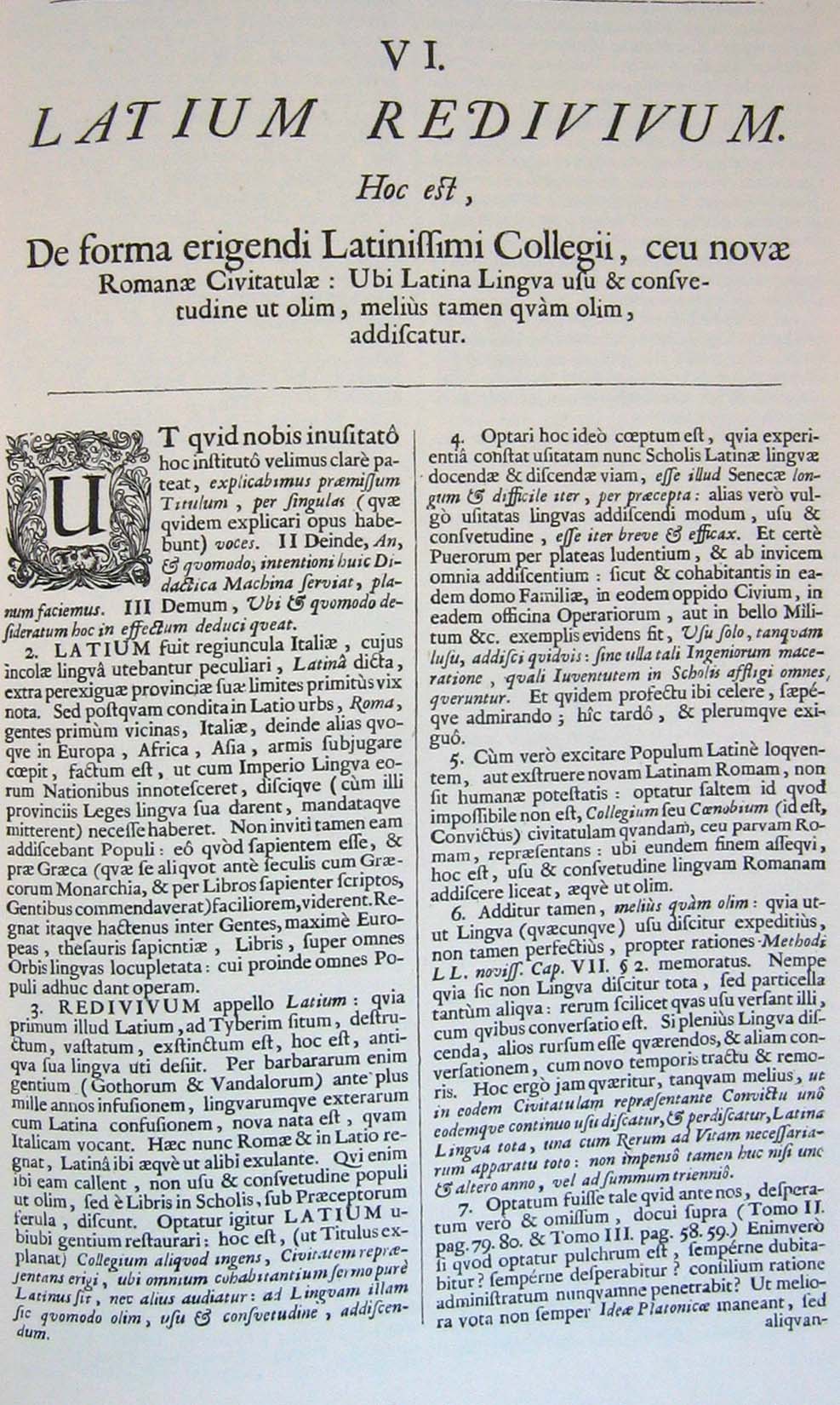