Daughter of the polish nobleman and Brethren clergyman Julian Poniatowski, librarian at the château of Karel the Elder of Žerotín at Náměšť nad Oslavou, visionary.

After the death of his wife, Julian Poniatowski sent his daughter to Baroness Zárubová of Hustiřany at Horní Branná beneath the Krkonoše mountains, where Comenius was preparing for the departure of the Brethren into exile. The girl was cared for by Ester Sadovská of Bílá Třemešná. In November 1627 had several seizures, accompanied by visual and auditory hallucinations. Comenius was called for, and believed in the veracity of the things she had seen, in particular the return of Frederick V of the Palatinate to the throne of Bohemia. Prior to departure to Poland, on January 28th 1628, Kristina gave the wife of Albrecht of Waldstein (Wallenstein) a letter at her château at Jičín, calling on Albrecht to change his political tactics. After their arrival in Leszno, Comenius put Kristina Poniatowská up in his own home, and assiduously recorded all 82 of her visions. He subsequently publicised these in translation, and in further editions. In October 1632 Kristina Poniatowská married Daniel Strejc-Vetter (1592-1663), a priest of the Unitas Fratrum and the administrator of the Brethren printworks at Leszno. The seizures were not repeated. Kristina Poniatowská died a mother of five children on December 6th, 1644. 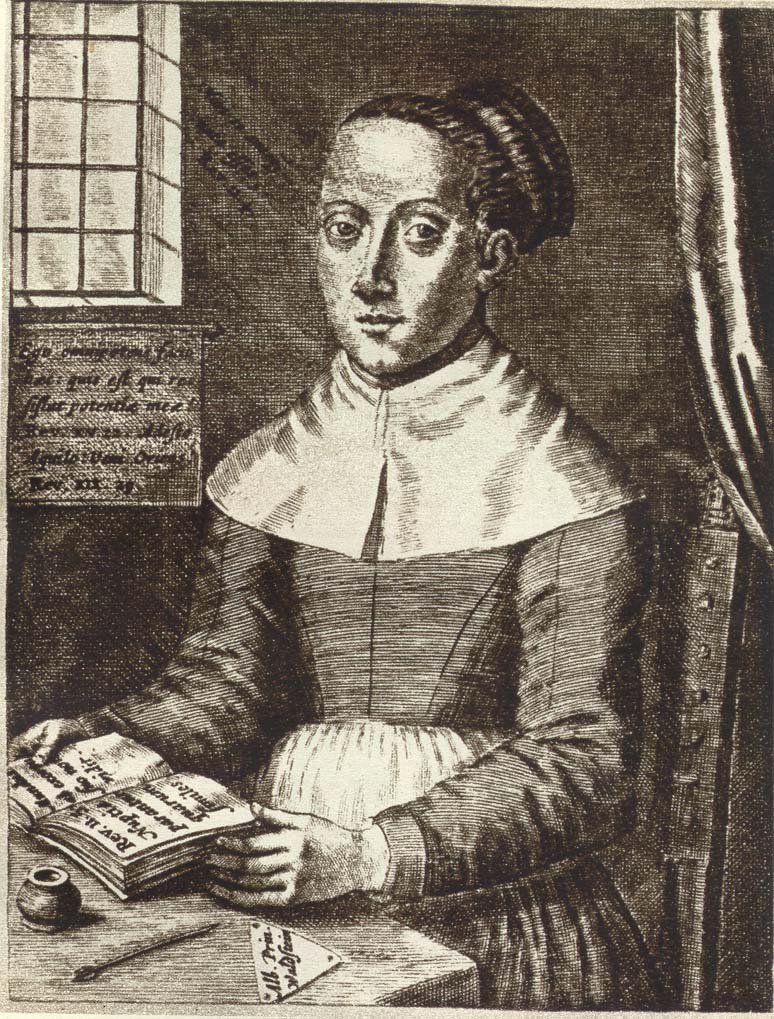