Czech Republic. A village 4km from Náměšť nad Oslavou, in the Czech-Moravian Highlands.

The village Kralice is known from at least 1310. It was the seat of the squires of the Kralický of Kralice family, who in 1572 sold the fortified manor here to Jan the Elder of Žerotín. In 1578 the Brethren’s printworks was moved here, and it was here that the six-part Kralice Bible was printed (in 1579-1593). In addition to the printworks and book-binding workshops, there were also a library and a school here. After the issue of the Renewed Provincial Ordinance, by which non-Catholics were expelled from the Lands of the Bohemian Crown, the printworks was removed to Leszno and the library to the seat of Karel the Elder of Žerotín at Wrocław. The manor was ransacked and destroyed by Imperial troops in 1620. Archaeological excavations were conducted at Kralice in 1956 under the direction of Dr. Vlasta Fialová; valuable relicts of the printworks’ operation were recovered, in particular more than 4,000 type letters. This find is regarded as utterly unique, and prompted the foundation of the Kralice Bible Memorial in Kralice; the “Historical Importance of the Kralice Printworks” and “Comenius & the Printworks” exhibitions within provide visitors with an insight into an important element of Czech cultural history. 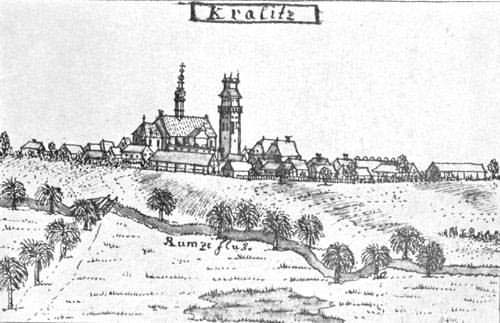 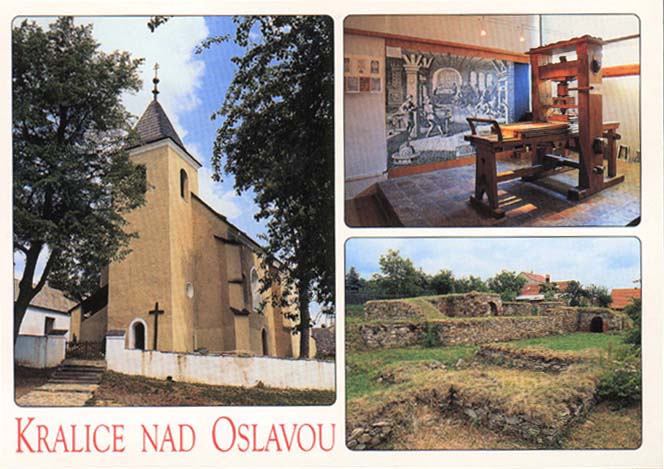