Slovak Republic. Sited in the Košice basin on the Hornád river.

The area that would later be occupied by the town was first settled in the Palaeolithic; a township here received its charter in 1241 and became a royal borough in 1290, at which time the town walls were built. Economically and culturally, the location of the town is a cross-roads on routes leading from north to south and east to west (trade with Poland and Russia), but at the same time brought it hardship during military campaigns and from Turkish assaults. In the 15th century Košice was briefly held by Jan Jiskra of Brandýs (defending the rights of Ladislav Posthumous, King of Bohemia, against Hungary), and it later became an important bastion of anti-Turkish and anti-Habsburg forces. The Jesuit Order arrived in the town in the 17th century; Košice has been a bishopric since 1804, and is a university town. Its rich history is reflected in its many historic buildings and monuments.

Comenius’s language textbooks the Orbis sensualium pictus and Janua linguarum reserata were used in Slovak schools as early as during the 1640’s, when they were printed in Levoča, Bardějov and in Košice, as well as in evangelical and Jesuit schools.

Comenius came to Košice in person on his journey to Sárospatak in 1650 (his route running Skalica – Trnava – Lednica – Prešov – Levoča – Košice), and during his tour of congregations of the Brethren in exile in Slovakia in 1650-54. 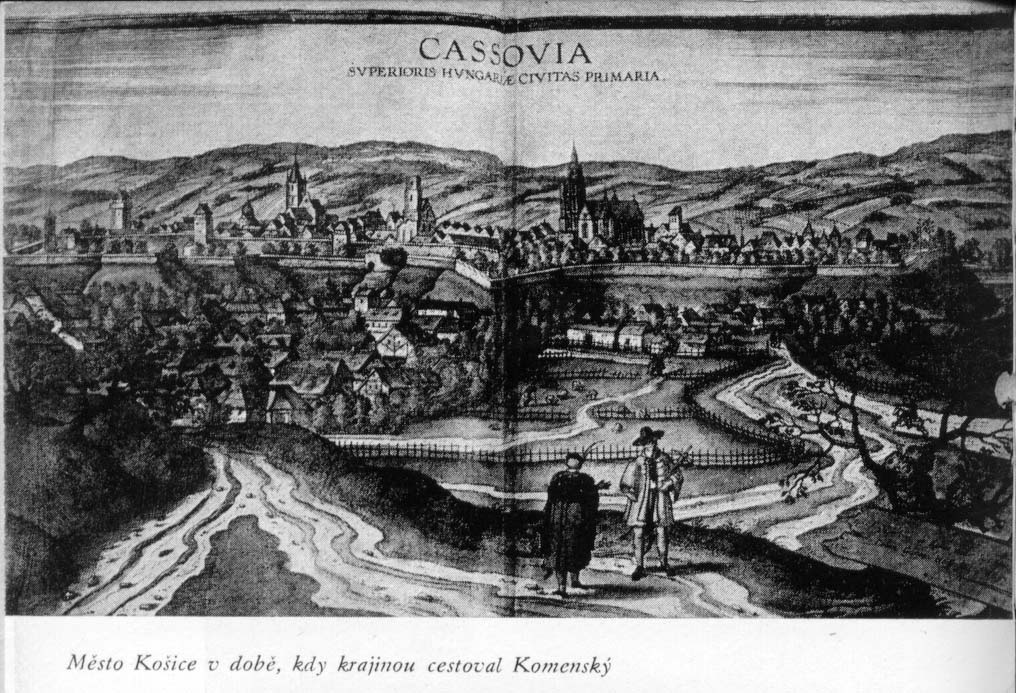