The gate of affairs unlocked, that is, the First wisdom (commonly termed the metaphysics), acting on human thought such that through this medium is opened an overall vista of the complete volume of affairs, of all the internal ordering of things, and of things of contemporary truth; at the same time, that it may be shown that all human thoughts, discourse and acts have the same source and wellhead, form and rules

The last setting forth of Comenius’ metaphysics (first philosophy) as instruction on the elements of knowledge.

The Janua rerum was Comenius’ last metaphysics. It was an extremely difficult work, on which he laboured for thirty years. Initially it was to have been a handbook like the Janua linguarum reserata (Gate of tongues unlocked), and to have stood as a counterpart to the latter. Later it was to be a pansophic metaphysics, and ultimately it became the Pansophy content as a fundamental part of the General consultation on the reform of human affairs (the Consultatio).

It was to be a science of existence, containing the most common terms that could be applied to all human endeavour. According to Comenius, three tasks stand before a person. The first consists of a knowledge of things in the sense of a passing acquaintance with them, and in the art of naming them. The second task is to understand things, and the third is the art of using them. The Janua linguarum reserata was appropriate to the first task. In order to assist people in fulfilling the second task, Jan Amos determined to write the Janua rerum reserata. Aid in the accomplishment of the third task was meant to be supplied by the Triertium catholicum (Catholic triertia).

The aim of a person is to learn how to correctly discern, properly feel and correctly deal with. The founts of knowledge (wisdom) are the three books of God: the world, thought and Scripture. These form the foundations of the three means of cognition: the light of thought (abstract cognition a priori), understanding of the world (specific knowledge a posteriori) and divine understanding (drawn from Scripture). The light of thought is based upon the common terms (ideas), instincts and ability to undertake. Ideas as general pictures reflect the idea in the thought of God, and are the unerring norms of cognition, volition and action. The light of thought makes it possible for a person to know the outer limits of existence, i.e. the closed circle of things, beyond which nothing is or can be thought, as well as the classification of existence within these bounds, i.e. the types (classes) of things, and finally the inner connections between things, which form their structures. Existence in its limits represents everything, something and nothing, meaning the thing understood, which is and is not, and the half-existing, i.e. the initial thing, which however has not yet matured to its end. Every thing has its being or essence (esse, essentia, existentia). Being is of three kinds: in thought (terms), in speech (words) and in objective fact (things). Every existing thing is composed of substance (substance) and that added (accidentia, i.e. place, time, quantity, quality etc.), which more closely defines it. If some addition is missing, this is a lack or defect (defectus): the thing is incomplete, degenerates, and becomes a monstrosity.

Things gather in pairs (combinations) or multiples (conglobations). Every thing has its classification in existence and its structure, i.e. its inner order. All is composed of parts, i.e. has its articulation (articulatio – e.g. the body); these parts are comprised of other parts (schematismus – members). These parts may be coordinated towards each other (e.g. the five digits of the left hand and the five fingers of the right hand), which is termed parallelism.

Comenius holds that the linkage of the sciences and faith is ancient and timeless, because the division of these two areas was already in spate. He also sees a certain violence in the division of existence into threes (triads). This predilection led him to apply the term half-existence. The most logical and most original setting down of Comenius’ metaphysical system is to be found in his early work, the Prima philosophia. 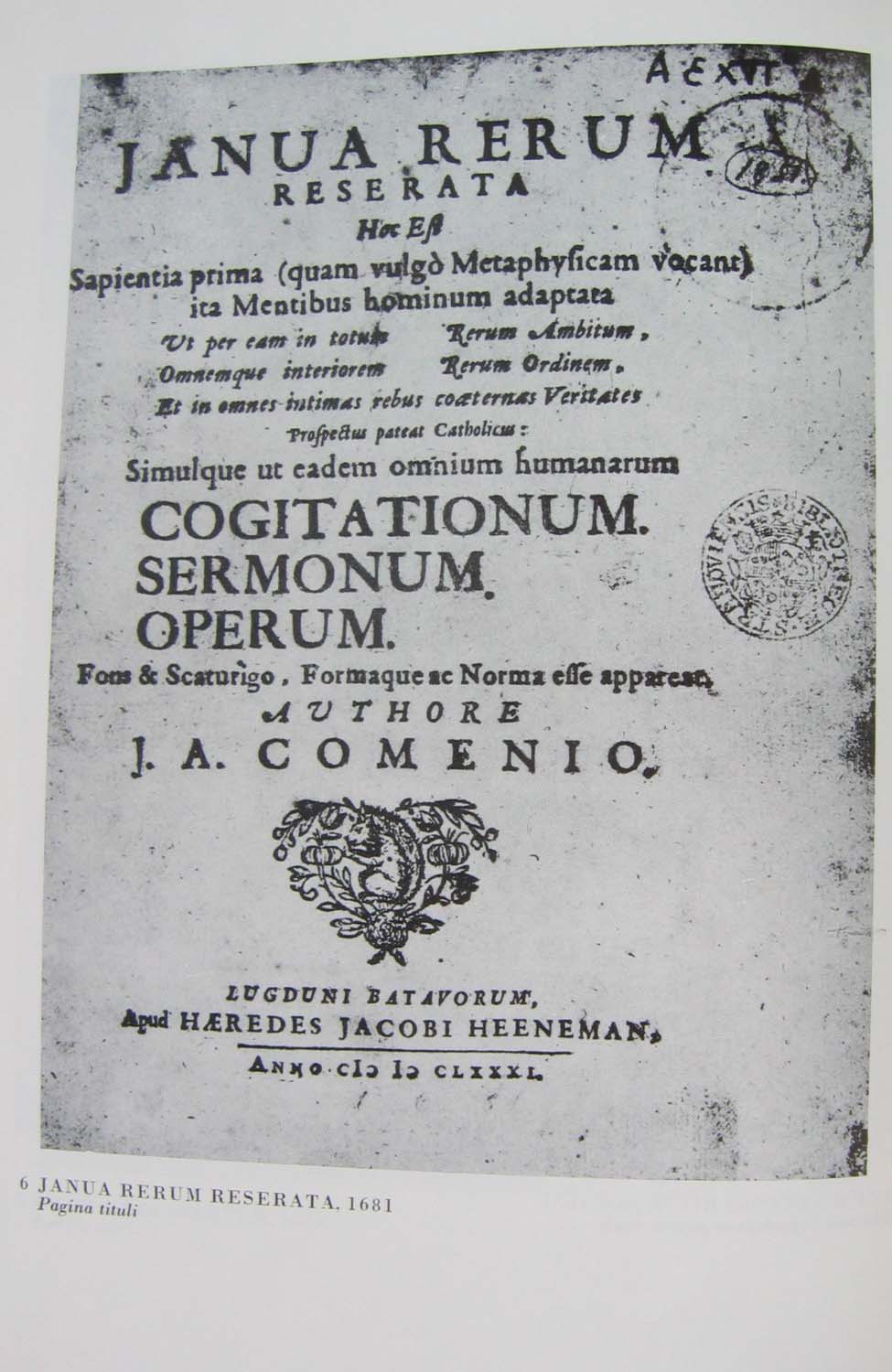