Středovský used above all the works of his predecessors, whose interpretations he accepted without criticism, and for this reason his own work was not, in the strict sense, a scholarly historical effort of the type demanded by the historians of the Enlightenment (Josef Dobrovský, Gelasius Dobner, František Martin Pelcl). While it is possible, therefore, to respect Středovský’s attempt at a complete description of the history of Moravia and his ardent patriotism, his historical explanations must be read with a certain unreliability borne in mind. It would seem that he know of the historical work of Jan Amos Comenius (in the journal Mercurius he notes that it would be necessary to ascertain whether there was no unknown material relating to the history of Moravia among Comenius’ effects in Amsterdam). Středovský’s most valuable works remained in manuscript: the Apographa Moravica sive Copiae variarum litterarum (eleven volumes, duplicates and copies of source documents, archival materials and privileges) and the Caementa historica seu Apparatus pro conficiendis universalibus Moraviae chronici (a census of historical figures from Moravian cultural history in the fields of politics, religion, science, the arts and economics, a listing of natural scientific and cultural facts – in short, Moravian local history, in five volumes). Both works remained unfinished. 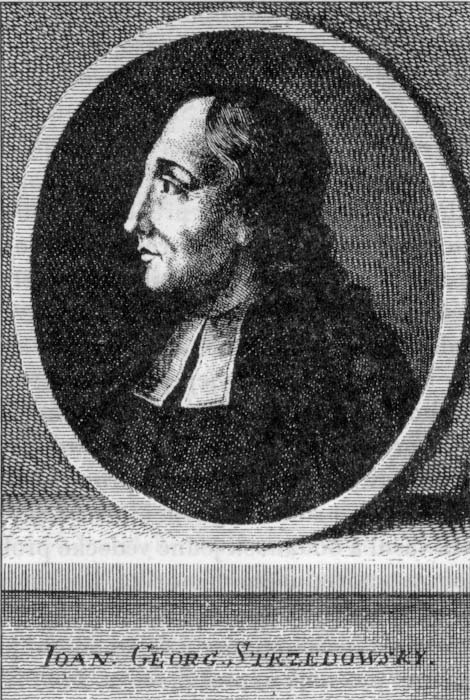