Having attended secondary school at the Piarist Gymnasium in Mikulov, Purkyně embarked upon a study of theology in Prague, subsequently dropping out (1807) and turning to the study of medicine (1812-1818) before working as an anatomical and physiological assistant. He researched the structure and function of cells (1812) in particular, and in 1839 formulated a cellular theory. He was also interested in optics. From 1836 to 1850 he lectured in physiology at the University of Wroclaw, and from 1850 at Prague University. He devoted himself intensively to the organisation of scientific and cultural life. It was at his instigation that the journals Krok, Živa and the Časopis českých lékařů (Czech Doctors’ Journal) were founded.

In philosophy, he was inspired for the most part by German Romantic philosophy, elements of which were used in his Útržky ze zápisníku zemřelého přírodovědce (Extracts from the Diary of a Deceased Natural Historian,1846).

In 1836 he visited Leszno and looked out monuments to Jan Amos Comenius. He sent an inventory of the material he had discovered and extracts there to František Palacký in Prague. In 1841 he repeated his search, and in the Leszno archive found manuscripts of the Didactics and the Wisdom of the Old Czechs. He negotiated first the loan and subsequently the sale of these manuscripts to the National Museum in Prague. The name of J. E. Purkyně is associated with an exceptional scientist, a man who was also a culturally and morally cultivated political citizen. 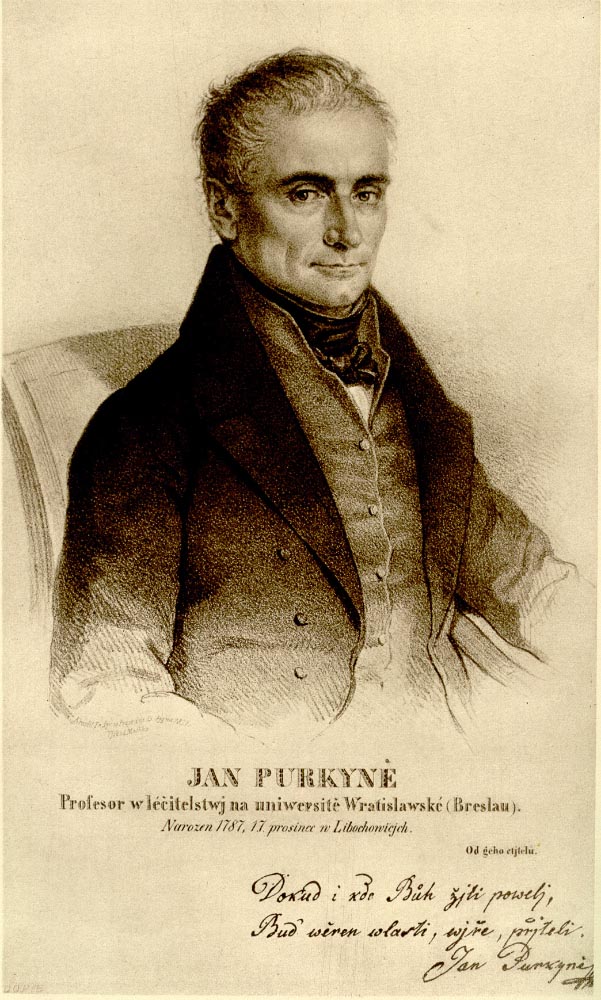