The Gate, or, an Introduction to Holy Scripture, that is, an Epitome from the Book given by divine means to mankind as a rule for belief, behaviour and hope

Origin of the work:
1658 Amsterdam

Comenius’ first work of lengthy extracts from Scripture, in this case from the Old Testament. It is similar to the relevant parts of the Handbook (the Manualník).

This treatise was intended for religiously and morally raised young people, and was at the same time to serve as an introduction to Biblical readings. In the foreword Comenius explains the veracity and the significance of Scripture. He took the Latin Vulgate bible as the basis for this work; he corrected errors or incorrect translations into the Vulgate in line with modern translators/Biblicists 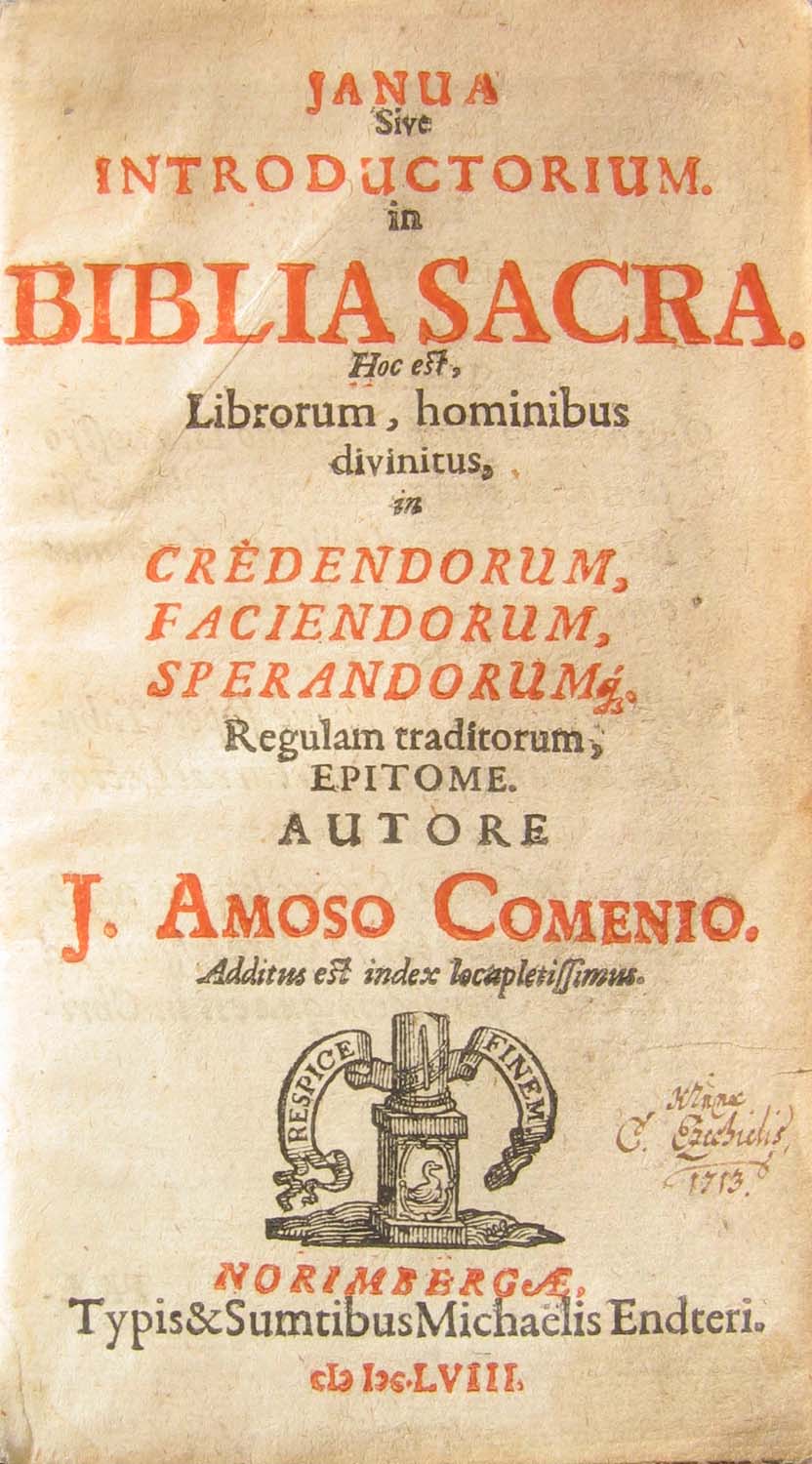