Independence, the origin of all confusion. Set down for consideration by the national Synod which was to be held in England in 1648, and printed in Leszno in 1650

This is a treatise sent to the national Synod in England for the purpose of calming the spite and conflict between the English religious parties, and for the advancement of Christian love between them. In the first half of the 17th century, a sect of Independents grew up in England alongside the Anglican (Episcopalian) and Presbyterian Churches. The Independents recognised Scripture alone as the wellspring of faith, rejected hierarchies and disagreed with the interference of the state in affairs of religious faith. The dispute which erupted in 1644 between the Presbyterians and the Independents spread, ultimately leading to Civil War, thereby making the development of pansophic endeavour in England impossible. Comenius, who given the inauspicious conditions had left the country as early as in 1642, watched events with disquiet, and wished in this manner to contribute to a calming of the situation in Britain. He criticises the teachings of the Independents, stating that the idea of independence is incorrect; just as dependencies exist in nature, so too dependence is necessary in ethics, religion and politics. All things depend upon God. This subjugation is such that one thing is subordinate to other things. Comenius lectures all three parties on moderation and tolerance. The Presbyterians stand out because their ardency in opposition to the diocesan system is illogical, and is not in accordance with Scripture. The Episcopalians are warned against abuse of the bishop’s office. In heartfelt words Comenius distances himself from the dispute as a whole. 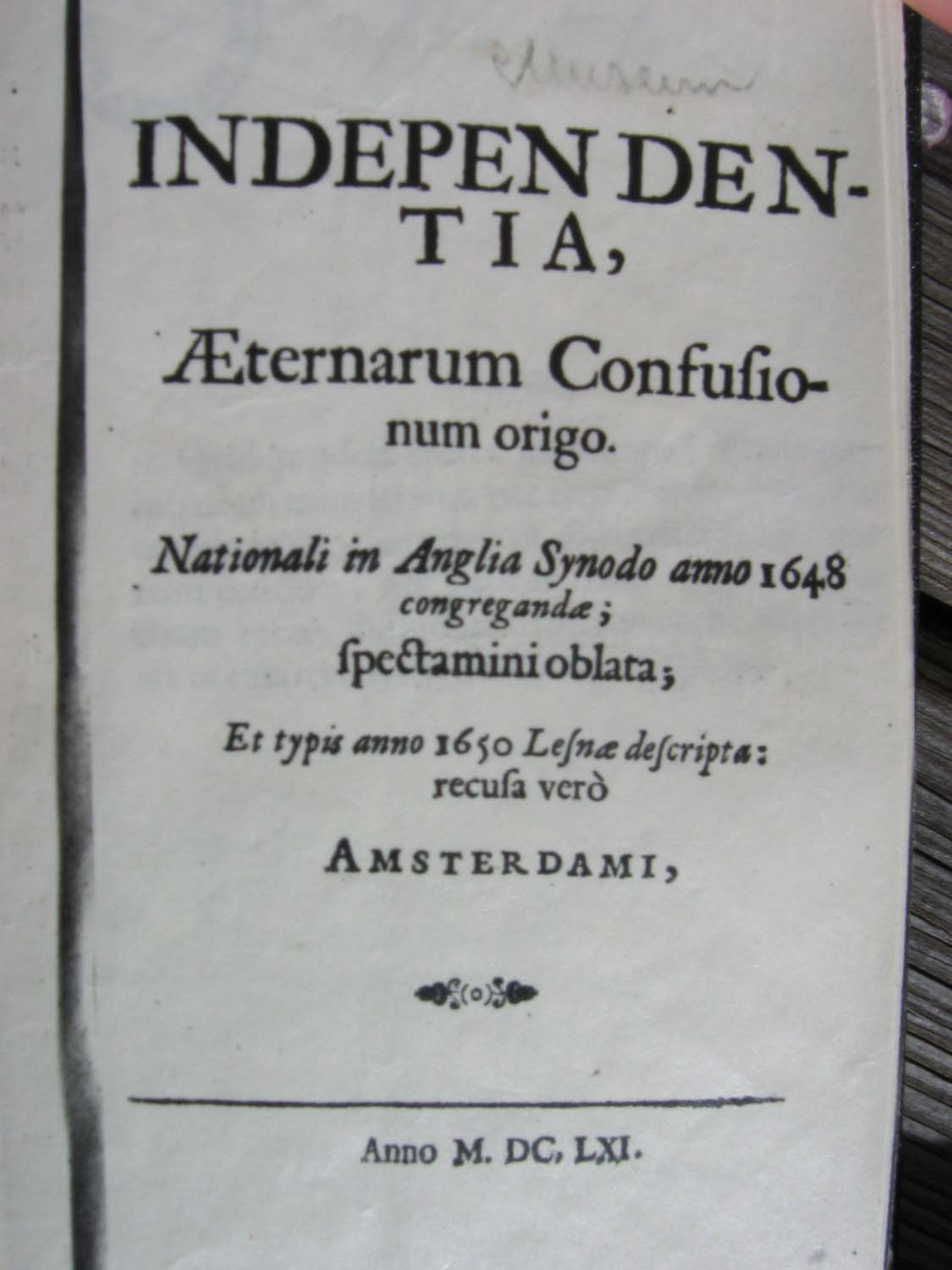