A history of the revelations of Kryštof Kotter, Kristina Poniatowská and Mikuláš Drabík and of that which occurred in connection with them until the time of their publication in 1657 and after their publication. Given in the sight of God and the Church in reliable witness by one who stood (as God had arranged) as a direct participant, compiler, conserver and publisher of all these things

A description of the revelations from on high received by the named prophets, with consideration of Comenius’ relationship to them and a justification of their publication.

Criticism of the prophecies published by Comenius in his Lux in tenebris (Light in Darkness) ebbed and flowed from those who knew Kotter and Poniatowská personally. Eventually, the opinion arose that the prophecies had been invented by their editor. Comenius’ friends advised him to make public the history of the prophecies, by which means he could also explain the revelations and by doing so quell the doubts about them. Comenius thus set to work on this treatise, which copiously explains why the prophecies of Kotter and Poniatowská were made public. It speaks of the circumstances under which the prophecies arose, of how Comenius himself came to know of the prophets and their revelations, and of how the prophecies were given and which special signs accompanied them. The veracity of the revelations is attested by his personally having been present when they were received. While Comenius does not seek to hide the scandalous cases associated with Drabík, he also does not seek to distance itself from his visions. He is convinced of the reality of the auguries of not just the Biblical but also of the contemporary prophets. See also the entries for Mikuláš Drabík, Kryštof Kotter, Kristina Poniatowská and revelations. 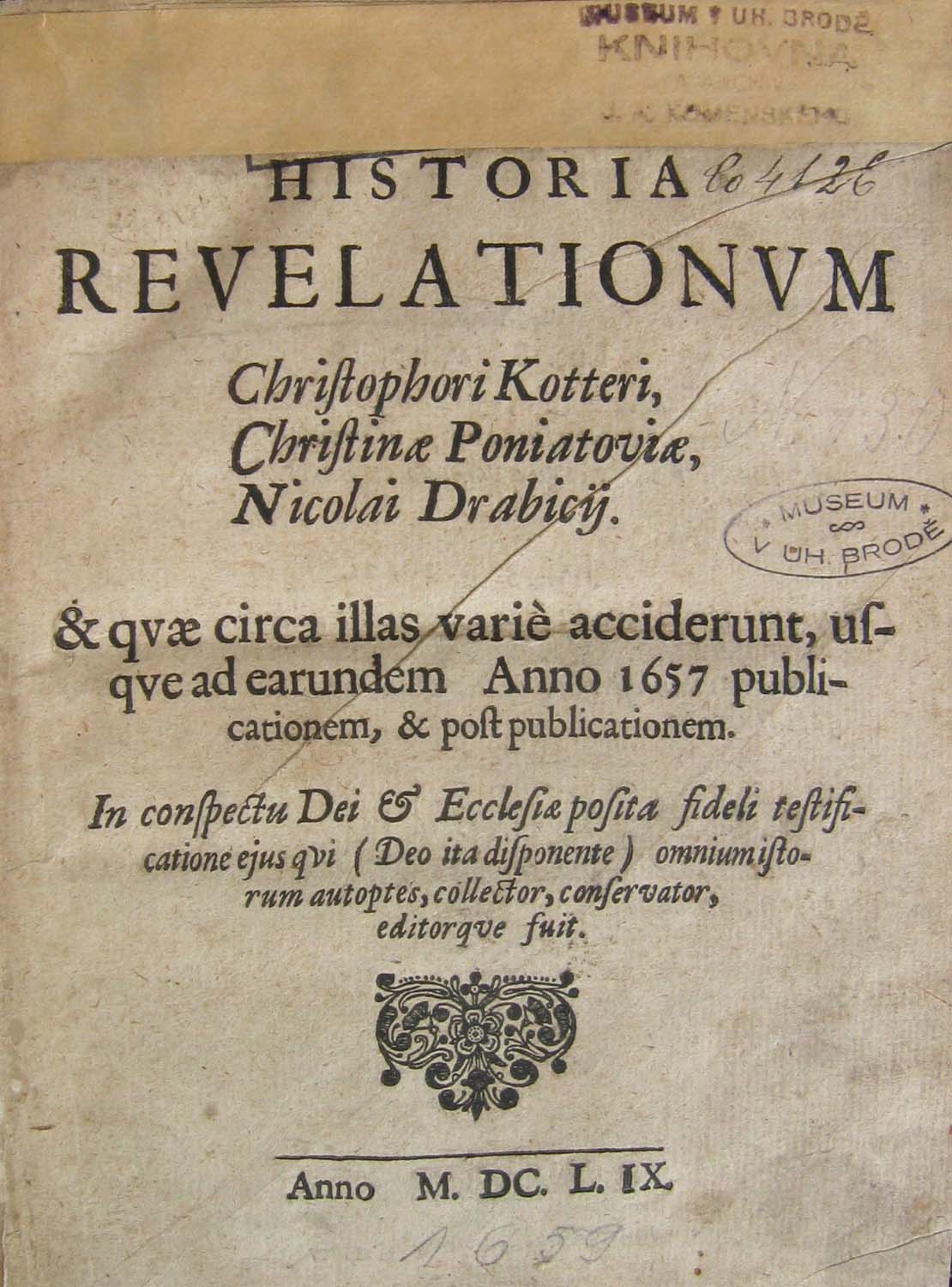