Federal Republic of Germany. City on the Neckar in Baden-Württenberg.

The town appeared in the 6th century, growing out of a village on the ruins of a Roman settlement. From the 13th century it belonged to the Wittelsbach family, and later became the seat of the Counts Palatine and the Electors. A university was founded here in 1386; in the 15th and 16th centuries the city was a centre of German Humanism (Philip Melanchthon), and from 1560 it was conspicuously Calvinist in its outlook. The Calvinist orientation of the theological interpretations, the renowned library and its reputation for morality attracted students from across Europe, Czechs being no exception.

Comenius came from Marburg, where he had stopped off on his way from Herborn. He heard the famous biblicist David Pare and the orientalist Bartholomew Copenius. Evidence of Comenius’ time in Heidelberg survives in an entry in the diary of O. Zaunschlifer (now kept in the Heidelberg University Library), but there is no documentation of Comenius’ disputes. The story of Comenius return home is well known: after an illness and penniless, he set out on foot, his pack containing the manuscript of Copernicus’s work “The Revolutions of Heavenly Bodies”, which he had bought with the last of his money from the widow of Professor Christmann. 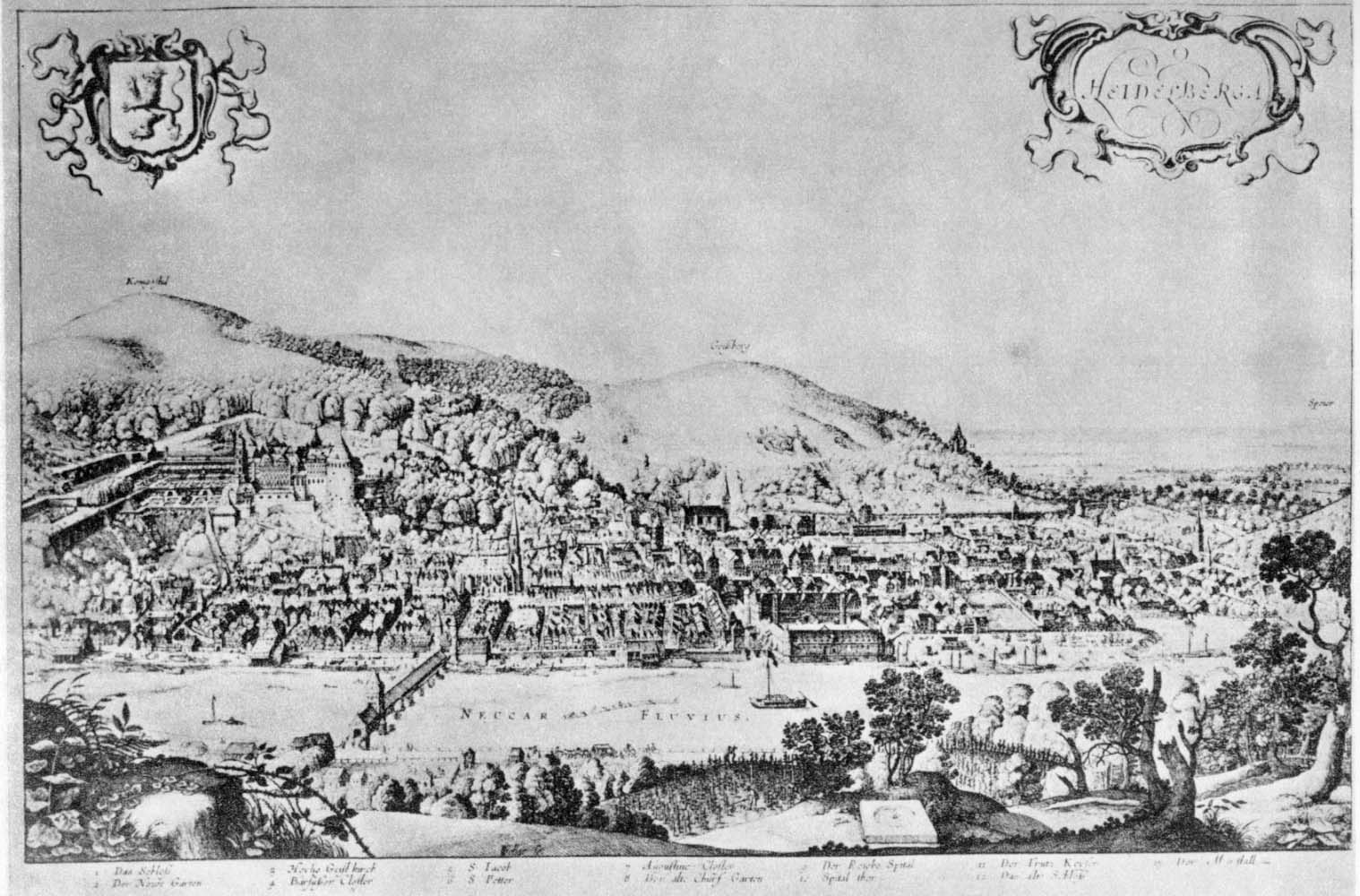