The key to the newest Gate of Tongues, a Latin and vernacular grammar

The first version of the grammar for the Gate of Tongues (the Janua–Tür), compiled by Comenius for the needs of reforming Swedish schools. It is an important comparison of Latin with languages in use at the time. The text makes copious reference to the attached Notes (the Annotationes super Gramm.), in which innovations are justified, and teachers are advised of that which they should take into consideration. The grammar is a very valuable source for an understanding of Comenius as a linguistic theorist.

In compiling this work Comenius was guided by the Latin grammar of Gerhard Jan Vossius, a recognised expert in this field, but in many places he made his own alterations, changing order, definitions and designations to make learning easier for students and in order that the book contribute to his new methods. The grammar is divided in three parts, of which the first is theoretical while the remaining two are practical. In order, these are 1. etymology (teaching on the origin of words), 2. syntax (teaching on sentences) and 3. orthoepy (teaching on correct expression), the latter being further divided into orthotonesis (teaching on correct pronunciation) and orthography (teaching on correct writing). The etymology considers the actual spoken material, beginning with parts of speech and ending with artificial periods. The syntax teaches the articulation of speech sounds, their composition into syllables and words, their declension and conjugation.

The author also draws attention to analogous forms in other languages, German and Czech. In this part of the grammar the material is divided into three columns: in the first are examples, next to these are exceptions, and in the third there are references to sentences in the text. The third part (the orthoepy) begins with the pronunciation and writing of sounds, continues with syllables as the foundation of prosody, and moves on to words, sentences and periods. 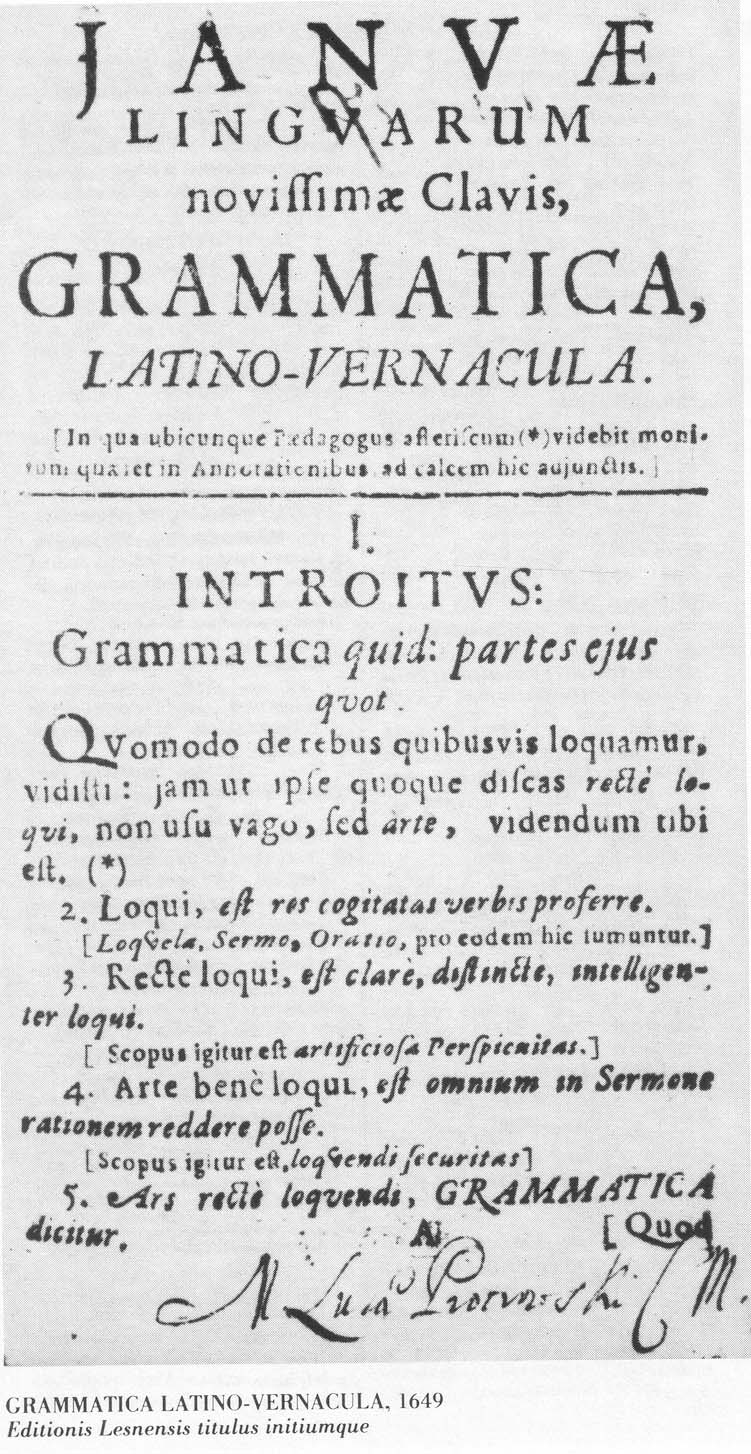